RAI's Made in Sud Broadcasts Live With DPA Microphones

All 40 of the presenters and comedians in the show are delivering their sketches and jokes via DPA d:fine™ Headset Microphones
With more than 40 artists playing several characters during a three hour live television show – not to mention at least 120 costume changes – RAI sound engineer Giacomo Ramaglia knew he would need a very durable microphone to cope with such a punishing regime.

Given that the programme, Made in Sud, attracts over 2.5 million viewers every week, sound quality was also an important consideration.

"In my opinion, sound quality should always be the first criteria when it comes to choosing a microphone," Giacomo Ramaglia says. "DPA's d:fine™ Headset Microphones were perfect for this show because they deliver exceptionally high quality audio."

Ramaglia was familiar with DPA microphones having used them on previous television projects, but it was the company's Italian distributor M. Casale Bauer that suggested using DPA's d:fine™ Headset Microphone range.

Product manager Salvatore Zocco says: "It made sense because d:fine Headset Microphones are extremely durable and easy to fit, and are therefore ideal for fast costume changes. They are also very comfortable to wear, so we knew the performers would be happy with them." 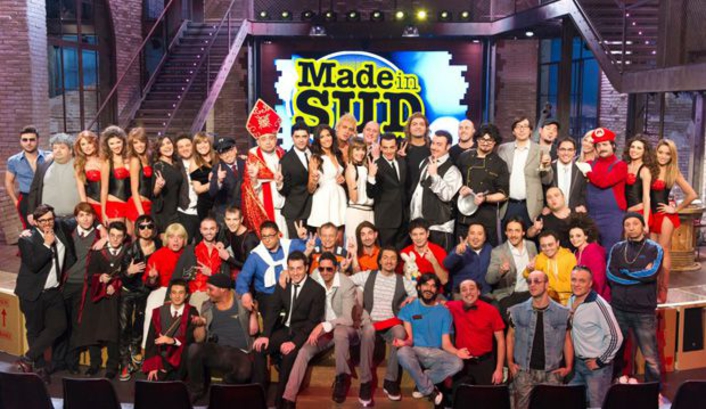 All 40 of the presenters and comedians in the show are delivering their sketches and jokes via DPA d:fine™ Headset Microphones

Ramaglia chose single ear omnidirectional d:fines for all of the performers and found them very easy to set up, which was another important consideration. "They have proved very robust and reliable and we are more than happy with their performance," he says.

Made in Sud is a prime time cabaret-style show performed by comedians, which is broadcast live every week from the historical RAI Auditorium, a large theatre in Naples. The sixth season has been aired on RAI 2.

Ramaglia, who is also part of the Technical and Audio Management team in RAI's Production Division, adds: "We have used d:fine Headset Microphones since the very first series and have been delighted with them. They are now part of our regular equipment list and I see no reason to use anything else. All the artists love them.  They are so easy to use that most of the presenters and comedians can fit their own microphone without any help from the sound team (we have two microphonists and four engineers working on this program) – and they can still act, sing and dance without feeling that the microphone is in the way." 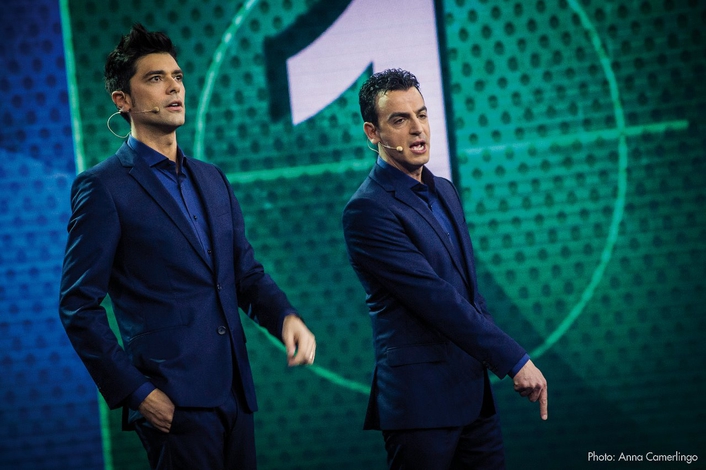 The Napoli Production Center of RAI has been widely using DPA microphones on successful TV drama projects like La Squadra and Un Posto al Sole.  For these, they have chosen DPA d:screet Miniature Microphones because they can easily be hidden in the actors' hair and clothing without compromising sound quality.

Made in Sud
DPA