The show’s lighting and video concept was a co-production by RAI Television and lighting designer, Umile Vainieri, who has followed the career of Gigi Proietti since his early days in the industry. The concept was developed accordingly, with conventional lighting used to recall the beginning of Gigi’s career as at this time it was the only technology available. It culminates in the present day with the very latest intelligent fixtures, and a massive LED video wall providing fast changing of background scenery in keeping with the high production values of modern entertainment shows.

As a longtime Jands Vista user, Umile was keen to use his lighting control system of choice for the show. He commented:

“I chose Vista because I had used it on many previous projects and was totally confident it would deliver exactly what I needed for this show.” 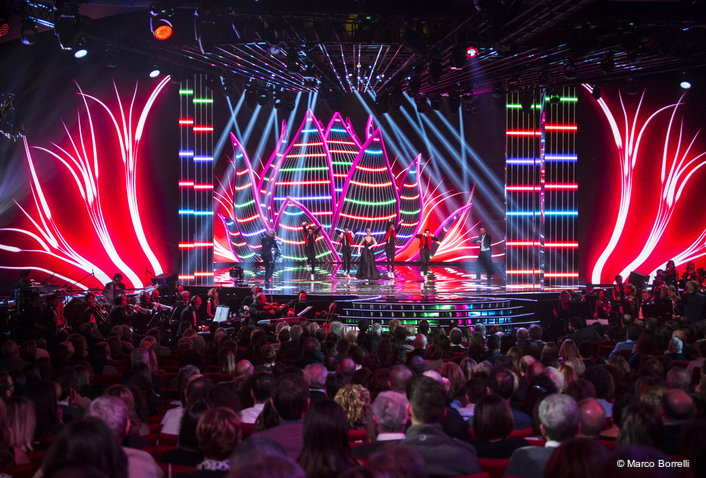 He specified the flagship Jands Vista L5 console on a rig featuring over 270 Robe fixtures, including Spikies, Pointes, LED Washes, BMFLs, Squares, DL4/7s, and Robin 100s - amounting to over 23 universes of DMX.

Summarising his experience using Vista, Umile commented: “I have been a Vista user for many years and I love the creative possibilities this revolutionary system offers me as a designer. Vista’s generic fixture model ensures that I am able to produce great stage looks incredibly quickly, even when time is tight on site.

For this production, the Vista's speed of set-up helped me a lot because I often had to remove and add fixtures from the patch. 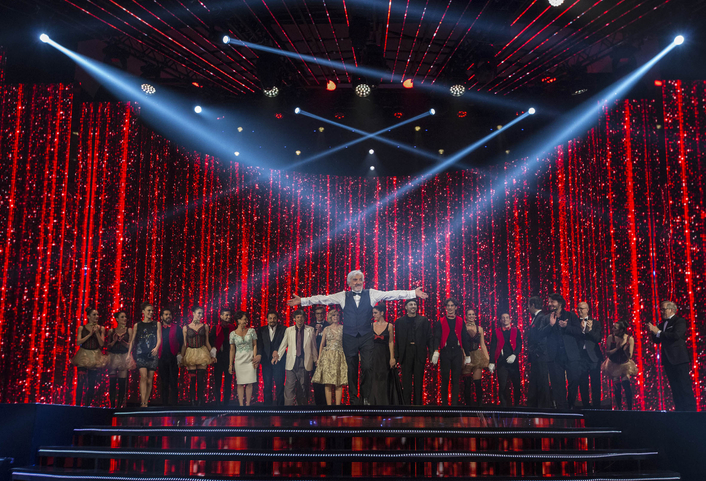