Queen + Adam Lambert Rock Out with Robe in Brazil

Lighting for the three Brazilian dates in Rio de Janeiro, Sao Paulo and Porto Alegre was supplied by leading Latam rental company LPL who are based in Sao Paolo … and featured a total of 137 Robe ColorSpot and ColorWash 2500E ATs.

This was a continuation of the ongoing 2014-15 world tour which had visited North America, Korea, Japan, Australia, New Zealand and Europe. The band wanted their hugely enthusiastic Latam fanbase to experience the proper touring QAL experience, so brought their full production including Q-shaped set and ramp, sniffer kabuki, smoke and cryo machines and backline, sourcing the lighting, LED screens and PA locally.

In the original heyday of Queen, the band were known for their gargantuan PAR can lighting rigs and back walls, and Rob has taken that base aesthetic as a start point, reimagined it and presented its essence in a highly contemporary design which takes advantage of modern lighting technology as well as his own ideas. 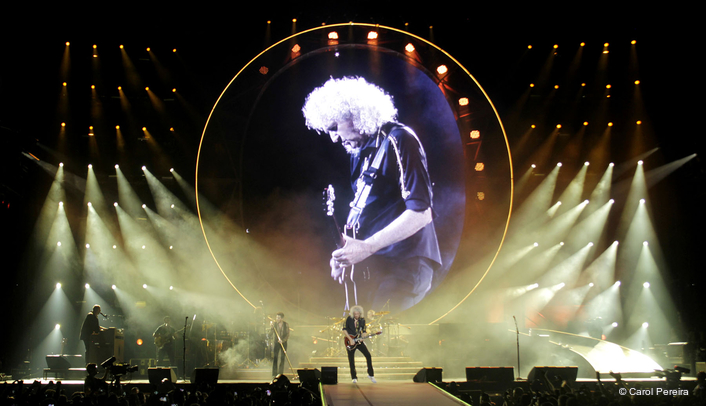 When the equipment is supplied locally like this, he will work with various different lighting fixtures, and was pleased when Robe’s 2500 series was offered in Brazil. “They were bright and did what I needed,” he commented.

A big wall of 97 ColorSpot 2500E ATs framed the large circular video screen and the 40 x ColorWash 2500E ATs were used for side and front light and also upstage behind the band.

Rob ran the lighting on a Jands Vista console, working closely with IMAG video director Steve Price and Nev Bull co-ordinating the playback video content. Together they crafted a modern Queen-esque show to accompany some epic performances that thrilled the crowds.

LPL’s project manager was Caio Bertti and their crew chiefs on the tour were Robson Bibiano and Isac Aruda. Seth Conlin and Robin Sheriddan from Upstaging co-ordinated lighting for QAL’s production, ensuring that all Rob’s requirements were met.

LPL’s project manager was Caio Bertti and their crew chiefs on the tour were Robson Bibiano and Isac Aruda. Seth Conlin and Robin Sheriddan from Upstaging co-ordinated lighting for QAL’s production, ensuring that all Rob’s requirements were met.

LPL supplied all the rigging as well as all lighting, and the LED screens came from LEDCom.

LPL has worked with Seth on many other projects but QAL was the first time they had  met Rob directly, although they have followed his shows since 2008 … and were delighted to be involved on this one first-hand reports Caio.

He added that the lighting looked “Awesome! It was very original and the lights were used wisely and effectively”. 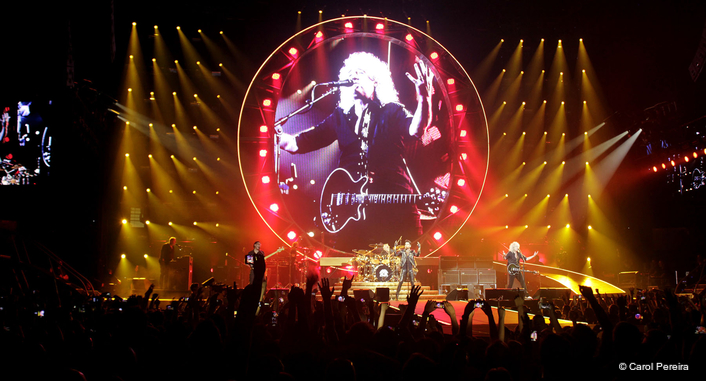 Rob comments on LPL, “It was a real pleasure to work with them  ... our touring lighting crew were a world class team and I’m very grateful for all their hard work and support”.

LPL has over 400 Robe fixtures in its inventory and services many of the major international tours and events in music loving Brazil.