Production Services Ireland (PSI) – Dublin & Belfast based lighting, rigging and visuals production specialist – is supplying lighting and rigging equipment to the current UK and European tour of Riverdance, one of the most successful dance shows in the world.

It’s PSI’s fourth tour with Riverdance for which, on this tour, they have made a substantial investment  in the new EXE-Rise 1000kg 8:1 double-braked electric chain hoists  – the first off the production line in Italy, delivered to PSI by Area Four Industries through Adam Beaumont and are among a total investment in over 50 new motors.

PSI is committing now to make the switch over to double braked hoists. The EXE-Rise offers all the benefits of the increased safety factor including steel chain from Germany and compliance to the strictest DIN regulations - without increasing the size of the hoist. This looks set to become a general entertainment industry requirement for the future.

Riverdance’s lighting is designed by John Comiskey, an element looked after on the road by lighting director Cormac Veale, who has worked with the company for around 8 years. Typically, they will spend 6 – 9 months on the road, such is the enduring popularity of the show which is still selling out arenas and theatres spectacularly over 20 years after its inception.

There will usually be around three different Riverdance versions in circulation being performed by up to three touring companies … somewhere in the world. This one, currently touring Europe and the rest of the world is The Barrow Company. Touring simultaneously in North America and Canada is The Shannon Company.

The lighting is regularly updated and refreshed to keep it relevant and fluid, together with the content. The current show is vibrant and lively and also includes dance genres from other cultures like the Cossacks of Russia and a freestyle street dance section … as well as the traditional Irish tap that everyone knows and loves. 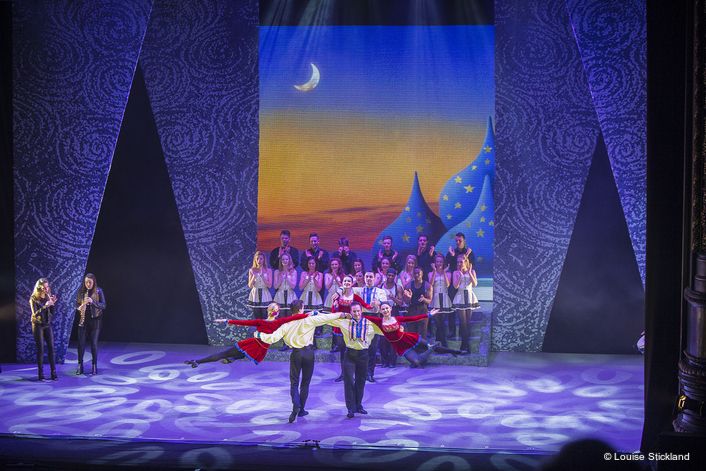 The last full show re-light was two years ago, on which Cormac worked closely with John, with the supply contract awarded to PSI where the account handler was Ciaran Tallon.

John and Cormac programmed onto a grandMA1 full size console initially but updated this to MA2 in September last year. Other changes also made sure this version was fully tour-able after its long-standing summer run at Dublin’s Gaiety Theatre.

PSI originally came into contact with Cormac and Riverdance production manager Brendan McLoughlin through servicing many of their corporate performances, and also as the lighting vendor for their “Heartbeat of Home” show. PSI approached Cormac with the possibility of an upgrade from the original Riverdance lighting specification.  “It was a huge leap forward in terms of fixtures and the new look has been received very well.”

Ciaran comments, “Myself and Cormac did a lot of testing on different luminaires from all manufacturers before choosing the Robe units. The versatility & reliability plus the small size and light weight of the luminaires really helps the show to be adaptable in the diversity of venues it visits”.

They replaced 90% of generics and conventional sources with more moving lights effectively decreasing the amount of lights and physical work load for the touring crew but adding lots more creative scope and latitude.

“PSI is extremely proud to be working with Riverdance as it’s one of the best globally known Irish productions,” continues Ciaran. “John and Cormac make a great impression with the lighting for this version and it’s great to see it constantly grow, evolve and stay contemporary, delighting audiences in new territories each time”. 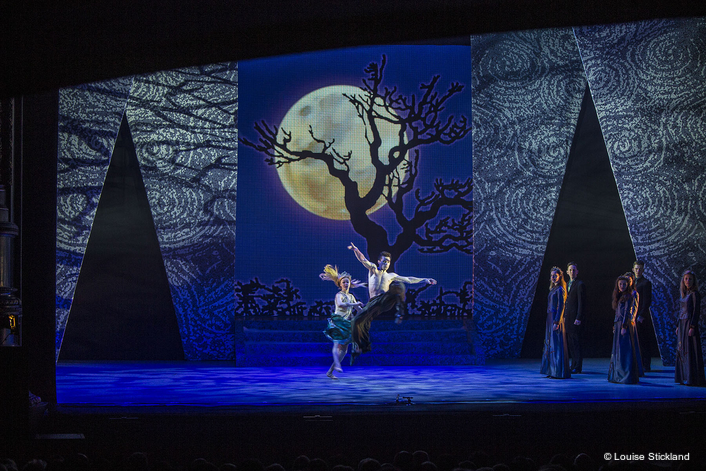 PSI purchased the fixtures new for Riverdance in 2014/15 – The rig went straight out on tour to China & Japan for 40 weeks and returned for one week before starting an 11 week residency at the Gaiety Theatre in Dublin.

On PSI, Cormac says, “The service is absolutely brilliant”. He has worked with the leading rental company on a number of occasions now, and makes particular reference to the fact that they have a seven star level of client support from anywhere in the world due to the benefits of being affiliated with the HSL group.

He operates the show using the grandMA2 Light with another for backup. A Catalyst media server running all the video content is also triggered via the grandMA2.

For generic lights, there are 16 x ETC Source Fours and 16 x Chroma-Q Broadway Scrollers and some Robe 500ft hazers & City Theatrical Aqua foggers … and that’s it!

It’s a testament to both imagination and programming skills to get the plethora of different looks and ambiences from just over 80 luminaires! Much of it is static looks, rarely does a light move mid-scene, but the result is a beautiful collage of dramatic and colourful lighting which embraces all emotions. 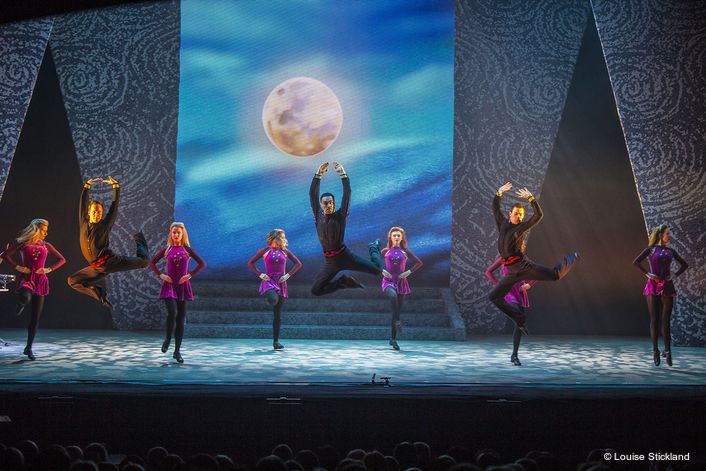 The 18 x Robe MMX Spots are all rigged on the four over-stage lighting trusses, forming the backbone of the lighting. Six of the Robe MMX Blades are rigged on the FOH truss or at the venue’s FOH positions and used for tightly shuttered precise pinpointing, with another 10 x Robe MMX Blades overhead and the remaining six on the side booms stage left and right.

Twelve of the Robe 600 LEDWash are overhead with another 6 in the booms both sides, while the 16 x Source Fours are at shin-buster level on the booms.

The upstage screen, a WinVision 9mm LED screen is supplied by Peter Canning at High Res Lighting. The set is designed by Robert Ballagh, and the show is produced by Moya Doherty and directed by John McColgan with music composed by Bill Whelan. 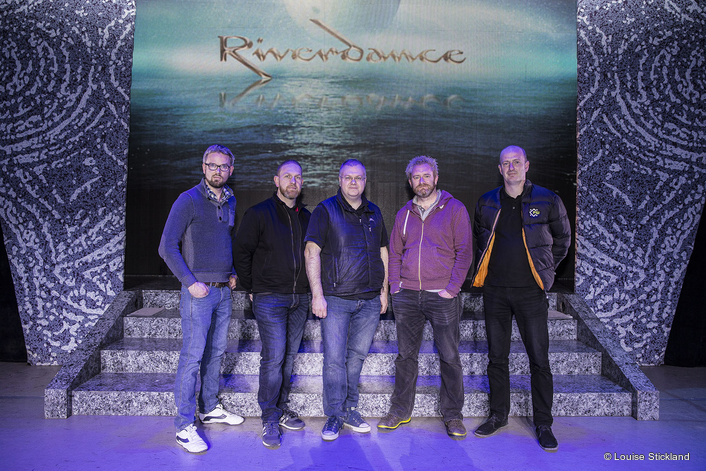