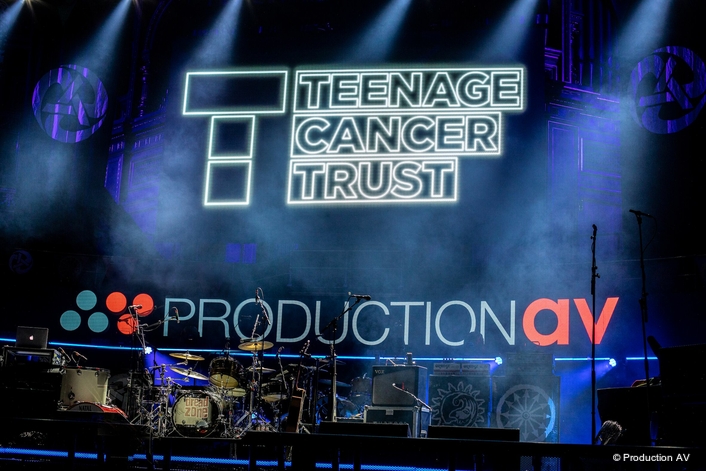 TCT engaged video solutions specialist Production AV to supply a full-service package consisting of LED screens, cameras and mixing, media servers and crew package to the unique events, which saw crowd-pleasers including Take That, Rudimental and The Script perform over the week. Each live music or comedy gig was mixed with real-life stories of young people affected by cancer and appeals for donations.

“There are two key video elements that we were required to deliver: one was to display live on-stage action onto IMAG screens, the other to promote how people can donate money to TCT,” says Pete McCrea, Production AV’s Managing Director. “To achieve this, we supplied Desay M6 LED panels as a central 8m x 4.5 screen flown above the stage and a large, curved 27.9m x 0.9m banner of LED screens across the back of the main stage, displaying information. This was supported with a camera package for the relay of real-life stories and live performances to the screens.” 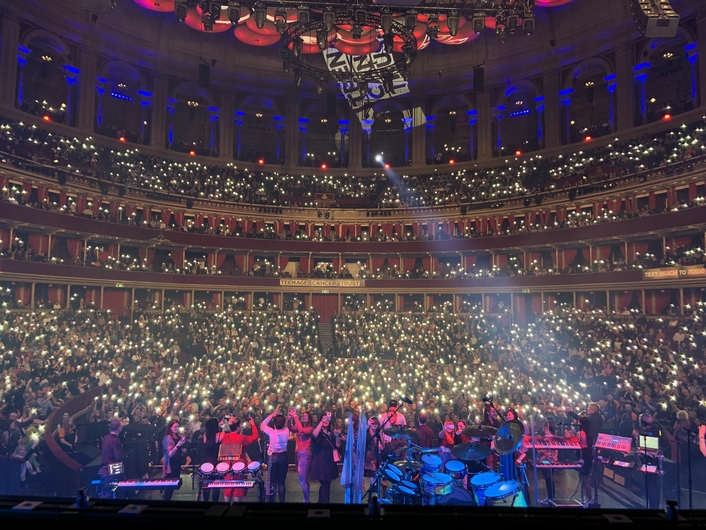 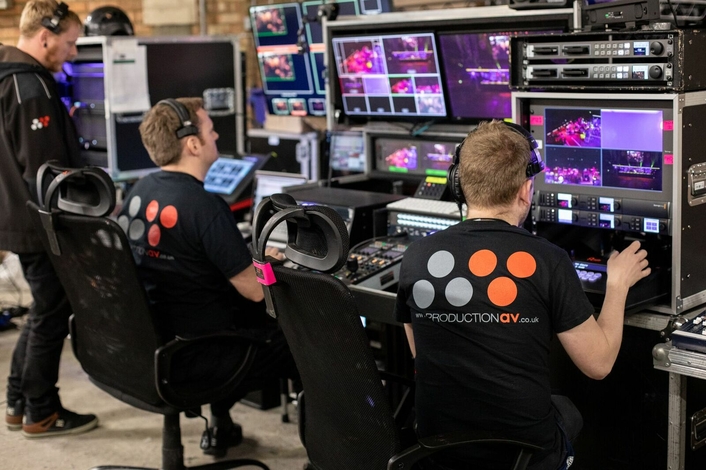 McCrea served as Project Manager, taking the helm with pre-production at Production AV’s new HQ near Cheltenham, load-in at the Royal Albert Hall and on-site set up.

“Pre-production took the form of creating an ‘artist liaison pack’, to ensure we had all the screen pixel maps created and resolutions sorted, and the system design clearly communicated,” McCrea explains. “Our team was in contact with the artists’ managers prior to the event to obtain assets, pre-program content and test everything well before we were on-site. 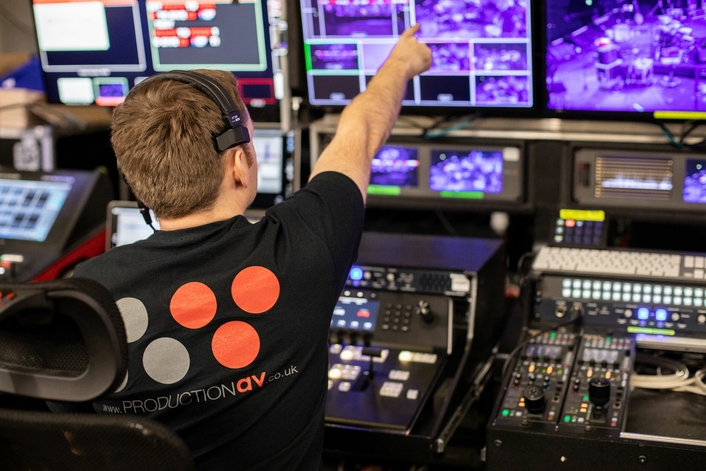 “We utilised disguise’s fantastic ‘designer’ software for building and pre-programming all of the content. In the days before the event, we pre-built the control systems and banner screen, patched and programmed the servers to ensure that the get-in went without a hitch. Then it was consigned to the job by our friends at R Jameson Event Transport.”

In addition to Pete McCrea, Production AV’s crew was made up of Sam McCrea as Crew Chief and disguise Operator, Tim Perrett as Vision Director, Nathan Dunbar as LED Tech and PTZ operator, Jane Petrie and Anthony ‘Tank’ Woodgate as Camera Operators. 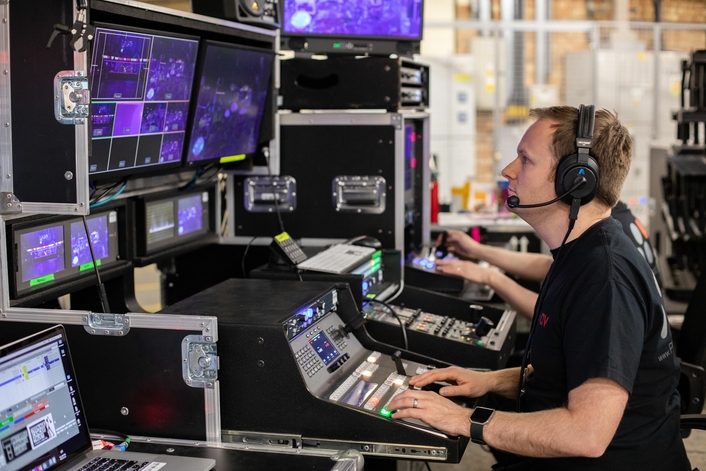 Des Murphy is the Event Producer: “We have been delivering these shows for Teenage Cancer Trust at the Royal Albert Hall for almost twenty years now. We have always demanded the highest production standards for all our artists and we have worked with some fantastic suppliers. This is our first year with Production AV - the kit they provided and also the professionalism and dedication of the crew was top level. It was a real pleasure working with them and we look forward to working with them again in the future."

McCrea continues: “Production AV loved being involved in this project. We pride ourselves on having a great team of people both internally, and in our wider subcontract network, that deliver. They have the technical and people skills to make things go easily for our clients, so taking the stress out of the events.

“We’re looking forward to next year!”