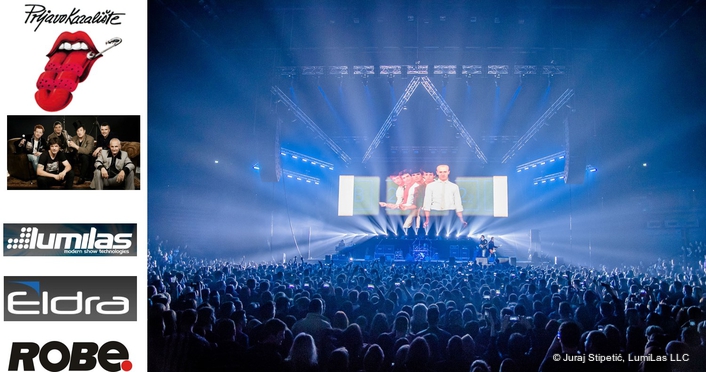 Croatian rock legends Prljavo Kazalište celebrate 40 years of hits and stardom with a world tour which kicked off with a show at the Spaladium Arena in Split, with lighting designed by Sven Kučinić of LumiLas LLC, who has worked for the band for the last 6 years and is also a big Robe advocate.Sven again specified Robe fixtures to light this show, where the challenge was on to create a spectacular but scalable design to work for the whole of the upcoming tour which plays various sized venues and is scheduled to run for the rest of this landmark year in the band’s amazing career.

Sven had carte blanch to come up with cool, practical and spectacular ideas, although as always, budget was a consideration and the goal was to create something really impressive without busting the bank!

Known for his imagination, style and ingenuity, Sven produced another great looking result with Robe as the main moving light fixtures - 20 MMX Spots, 12 x MMX WashBeams and 16 Pointes. This expedient fixture count for the size of the venue and the enormity of the occasion – proved that intelligently and imaginatively ... less is most definitely more! 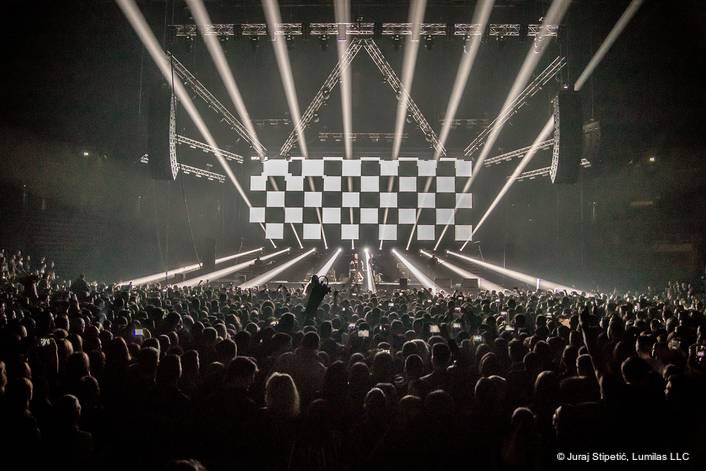 The main trussing was configured as a ‘W’ shape above a large 100 square metre LED wall at the back with the MMXs all rigged on this and the Pointes positioned on the floor along a walkway behind the band.

The MMX WashBeam is one of Sven's all-time favourite moving lights and on Prljavo Kazalište they were again "fundamental and reliable front wash lights". The MMX Spots which, as you would expect, are a perfect complement to its sister fixture - were the primary profile lights on the rig and were worked hard to create fixed looks and a range of CMY effects. 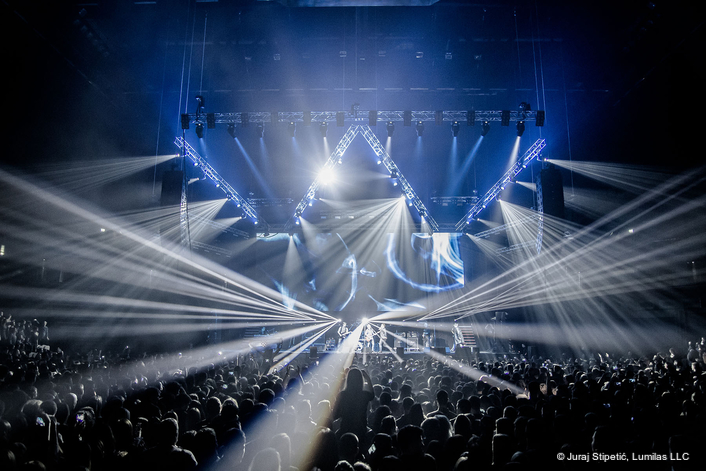 The 16 Pointes were the only pure effects lights of the show and this role defined the look and physical structure of the performance space, a task enhanced by their close proximity to one another, the uniformity of the optics and the punchy beams. They essentially became an integrated scenic element, concealed from view due to their small footprints until light came blasting through their lenses!

An interesting overall challenge for the team was imagining a new production aesthetic for a band whose style and musicality has stayed very true to their rock ‘n’ roll roots throughout their career. 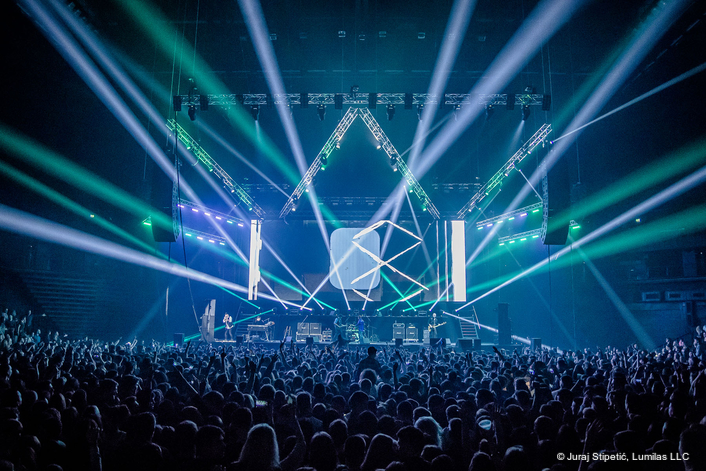 Sven was careful to craft lots of classic ‘big rock show’ looks and pepper them with some more modern and left-field visual approaches that he hoped would please Prljavo Kazalište fans both new and original … as their enthusiastic base now spans more than one generation!

He programmed and operated the show himself on a grandMA2 full size – admitting to being a bit of a control freak, he prefers to work this way! After six years with the band, he knows most song structures and lyrics by heart which speeds up the process … which is always squeezed for time! 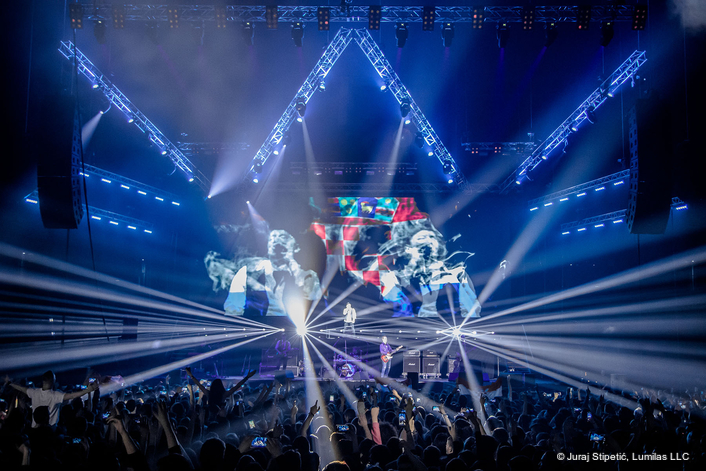 Also integral to the production for the gig in Split were FOH sound engineer Daniel Biffel and Juraj Stipetić of LumiLas who co-ordinated all the laser effects in close consultation with Sven. 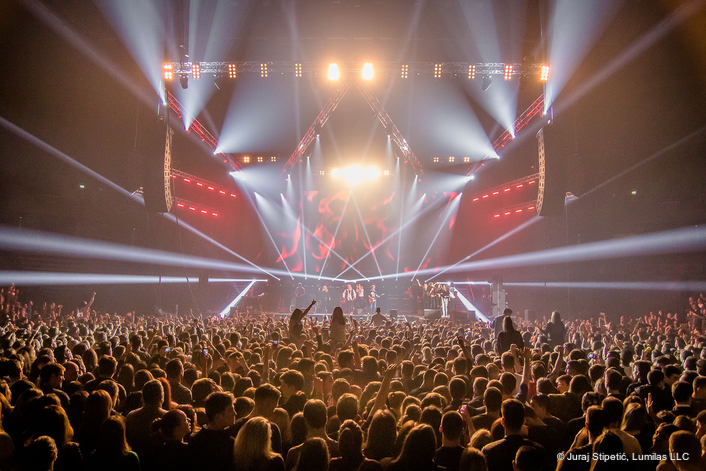 Equipment was supplied by leading Croatian rental company ELDRA – project managed for them by Dario Katačić and Domagoj Pribanić who were “Fantastic” says Sven, ‘”he service was excellent and they really pulled out all the stops to ensure that the technicals went smoothly and slickly on site”.

ELDRA has invested heavily in Robe products over the last five years, and is a regular supplier for shows where Sven is the specifying LD … as Robe continues to be his first choice.

So far, the tour is scheduled to play play Slovenia, Croatia, Austria, Germany, Sweden and Canada …