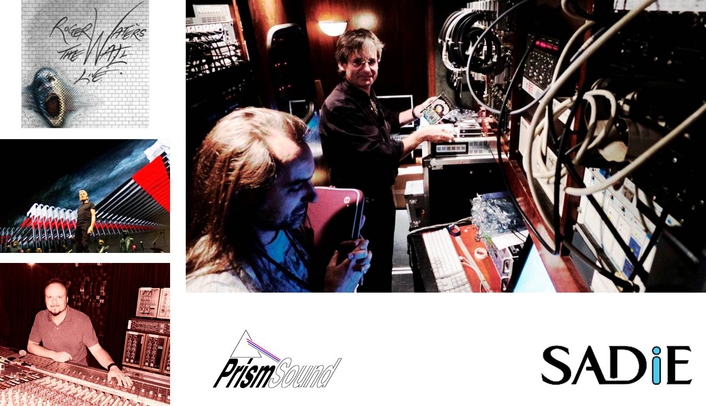 While the original production cost around £1 million to stage and was so big that it could only take in three cities, its 21st century counterpart has reputedly cost £37 million and has been performed a total of 120 times at venues all around North America and Europe.

This spectacular tour culminated in Athens in July, where Waters performed three shows at the 2004 Olympic Stadium. These were captured for posterity by a crew of nearly 100 people just to tackle the filming, making this the biggest European concert film project for nearly 30 years. The video for The Wall Live In Athens was shot on mainly 4K high-definition cameras but video services company Panavision provided a brand new 5K super-high-definition unit as well.

Given that the music was just as important as the visuals, Roger Waters called in long-time Pink Floyd producer James Guthrie to handle the sound recording and mixing. Guthrie, in turn, requested the services of Prism Sound to help build a mighty 96-track, 96kHz fully mirrored SADiE recording set-up modelled on that of his private studio, which overlooks the shores of Lake Tahoe in California.

Prism Sound’s Sales director Graham Bowell explains: “James is a perfectionist who has a passion for clean and transparent recording. For this project James used the “Le Voyageur II” mobile with the 48-channel Neve V-Series analogue recording console onboard the truck, but this time recordings were captured using the SADiE digital multi-track recorders interfaced through Prism Sound ADA-8XR AD-DA converters. For monitoring, he used Le Voyageur’s ATC units, another brand that he favours.”

In Athens, Waters spread his performance across two stages - the main stage and the front stage outside the wall - with audio lines switching between the two at various points during the concert to reduce channel count. A total of 96 tracks were recorded, distributed between the main 64-track SADiE system and a smaller SADiE LRX2 system running 32 tracks. All of the tracks were recorded at 96kHz sampling, 24-bit resolution.

To complement the Neve console, 16 channels of outboard Neve pre-amplifiers were used, a mixture of 1073 and 1081 units, which were provided by London-based FX Rentals. These were boosted by the addition of 16 channels of Prism Sound’s Maselec Master Series MMA-4XR mic preamps. Two separate Neve 16:2 mixers, also courtesy of FX Rentals, were used ahead of the V-series console to help contain the total number of recording tracks.

Audience reaction and the ambience of the venue were captured using a SoundField MK V microphone system, kindly loaned for the project by Ken Giles, CEO of the SoundField company. The microphone’s output was recorded in 4-channel B-format for later decoding to stereo or surround formats during post-production. The top 32 tracks on the SADiE LRX2 unit captured, among other things, playback of SFX and pre-recorded orchestral mixes, these sources feeding the quad speaker setup. In addition, the LRX2 recorded a number of audience mics plus click tracks and show timecode.

Although the video was shot in high definition, the entire digital audio recording system was locked to video using a black & burst video reference at 25 frames/sec generating a locked 96kHz wordclock reference that was distributed to all units. Time of day timecode was generated using a “Lock-it” unit after jamming it to the main reference. 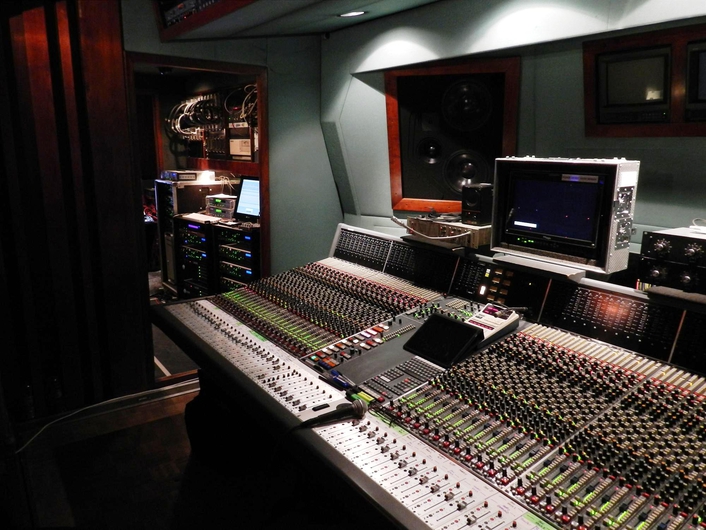 “Prism Sound provided SADiE expert Mark Overall as an additional resource to work alongside James Guthrie’s long-time collaborator, Joel Plante,” Boswell explains. “Mark normally looks after build and test of SADiE hardware systems at our HQ near Cambridge in the UK, but he has experience of field-based recording and film work gained with SADiE and the former business Spaceward Graphics on a variety of projects spanning television, film and music projects.”

Recording in Athens took place over 6 days, with three live shows and three days of filming for close-ups. The 1TB mirrored drives in the main SADiE systems were changed every two days and the main and backup disk sets were dispatched separately to reduce risk in transit.

The 21st century version of The Wall is being hailed as an unforgettable event. Musically and technically it was superb, complete with dynamic sound effects such as roaring helicopters and laughing children as well as new orchestral music mixes, making full use of the quadraphonic sound system. Gerald Scarfe’s animations, rejuvenated with digital technology, once again made an appearance while the wall itself was built brick by cardboard brick, using a total of nearly 400.

Although it is more than 30 years since The Wall was first released, its message remains just as important and relevant as it was in the 1980’s. Waters has updated the show however, drawing on a wide range of recent material including events such as the war in Iraq, the alleged atrocities perpetrated by allied troops in the Gulf conflict and the shooting of Jean Charles de Menezes at Stockwell tube station in London.

“The audience in Athens certainly seemed to identify with The Wall’s message, perhaps more so as a result of the recent protests about the economy.” Boswell adds. “It really is a matter of interpretation, but I felt there was a clear message about avoiding tribalism and not isolating ourselves from the people and things we irrationally fear.”