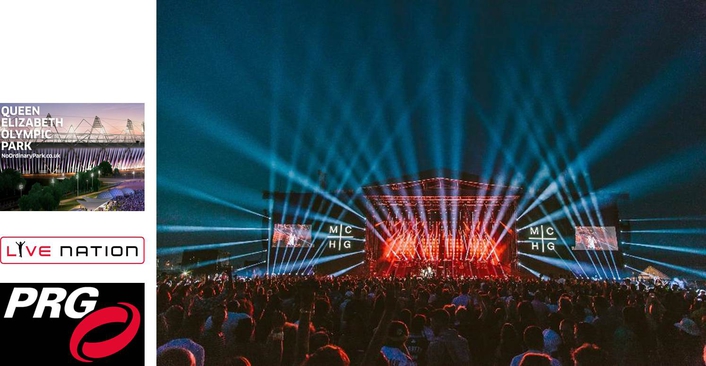 .
Global production specialist PRG has collaborated with events promoter Live Nation to deliver five unique concert festivals at London's Olympic Park, which featured some of the world's biggest artists. PRG supplied an all-encompassing production solution delivering lighting, rigging, and staffing for the live shows, which ran on consecutive weekends from the end of June and into July 2013.

PRG's Account Director, Yvonne Donnelly Smith notes that each of the Live Nation events featured entirely different music styles: "We were briefed to deliver a super-flexible design solution that would work both creatively and practically across all events and lend itself to the differing acts. This design would form the backbone of all the events but would have the capacity to be further supplemented with additional fixtures as each event demanded. The end goal was that each would have its own unique character and look."

PRG supplied a mammoth amount of kit and crew for all four stages at the Queen Elizabeth Olympic Park: "The whole event demanded 19 trucks of kit, 35 crew and a six strong PRG Event Team who were on site throughout," continues Donnelly Smith. "Festival specialist, Gordon Torrington, one of PRG's Event Team was in charge for PRG. Gordon designed and co-ordinated the flow of equipment to site as well as managing the crew schedules. In addition we had a team of crew chiefs that worked with Torrington on each stage. On Main Stage was Ben Holdsworth while Sam Healey organised Stage 2. Alex Peters was crew chief and operator for Stage 3, while Stage 4 sat in the capable hands of Dana Read."

Torrington explains the approach: "Practically speaking we looked at the events as one single large-scale, long-term event. Each stage was designed to offer maximum flexibility to each of the headline act's designers. Kasabian's LD Nick Gray, who had a white theme, added some trusses and winches. This was in complete contrast to Bruce Springsteen's Rock and Roll event the following night. The main stage was designed to suit the headline acts' spec as closely as possible. For the Wireless weekend, Nick Whitehouse, LD for Justin Timberlake and JAY Z, added 200 Vari-Lite fixtures, 115 Clay Paky Sharpys and 38 Alpha Beam 700s. Nick had a different design for each of night of the Wireless weekend. Ben Holdsworth, who meticulously planned the huge overnight changeovers, comments: "The changeovers were a beautiful thing. All that was missing was a backing track and the changeover ballet would have been complete!" 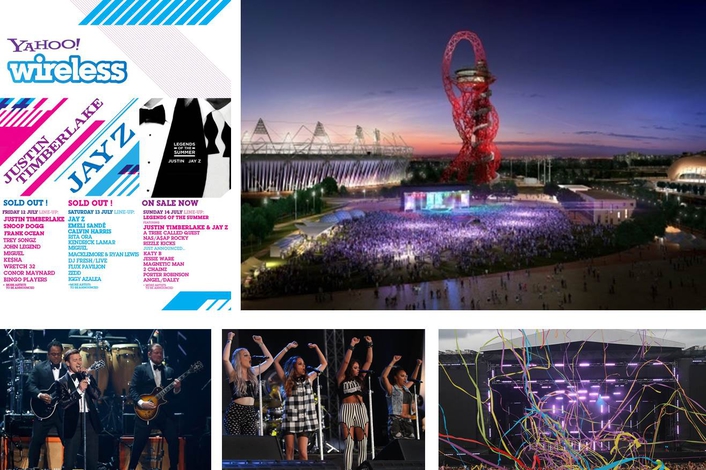 Stage Two's design was primarily influenced by the dance acts that would perform at Electric Daisy and Wireless. "I used Clay Paky products - Alpha Beam, Spot and Wash 700s," reveals Torrington. "The brief expanded when MTV submitted plans to film Wireless for broadcast. Tim Routledge came on board and added a mixture of ETC Source 4s, Vari-Lite VL1000 AS, GLP and his own PATT 203 - bringing a good size and very visual floor package to the stage."

In fact, when moving from Wireless into Electric Daisy, the team worked with the festival's Steve Lieberman who bolstered the rig with over 500 fixtures - from SGM, PixelRange, Clay Paky, Vari-Lite and ETC.

The focuses on stages three and four were far broader, with programmes that included everything from acoustic and vocal only to dub step and trance. "I used par cans from the front truss with a warm colour mix," continues Torrington. "As well as the new GLP Spot One and GLP Wash one fixtures from PRG. These are LED source wash and spotlights with gobo wheels. They're very impressive in that environment - bright with a good selection of colours. Together they can create lovely big looks for the more mellow acts and still change colour, and strobe with the best of them for the faster acts." 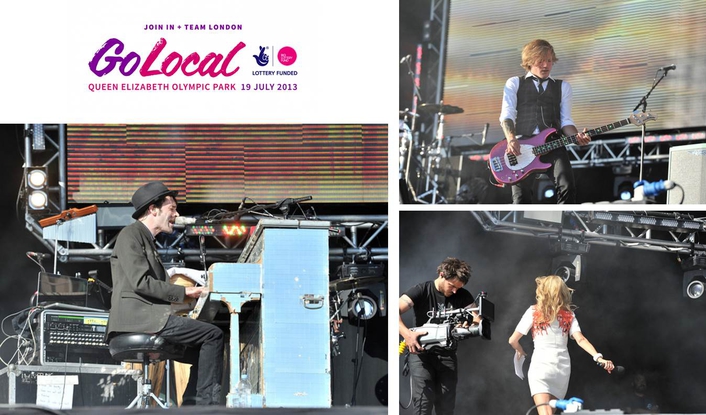 Crowds flocked to the events in the tens of thousands, drawn by the entertainment and curious to check out how the Olympic infrastructure was being re-shaped. As audience numbers grew, so the pressure on every part of the production element increased. For PRG, meticulous preparations would provide the backbone for anything unexpected. The planning paid off and it turned out to be a smooth run of shows.

"There were very few challenges between events to be honest," recalls Torrington. "Successful delivery is all about the pre-production and planning."

"We started this process with Live Nation's Production Manager Neil McDonald early in January," elaborates Donnelly Smith. "Much time and energy was invested well before we arrived on site. This year the biggest was Wireless Festival. We were lucky enough to have the pleasure of LD Nick Whitehouse who ran all three headline acts for Wireless using our house rig and a further 3.5 trucks of lights from PRG. We used PRG's BAT pre rig truss to fly the extra five trusses, all of which were used as a back wall of lighting. Each night it changed shape so using this allowed us to complete the change over in a matter of hours, thus still allowing Nick some dark time to focus. He then carried on the programming the following morning using our on-site WYSIWYG suit." 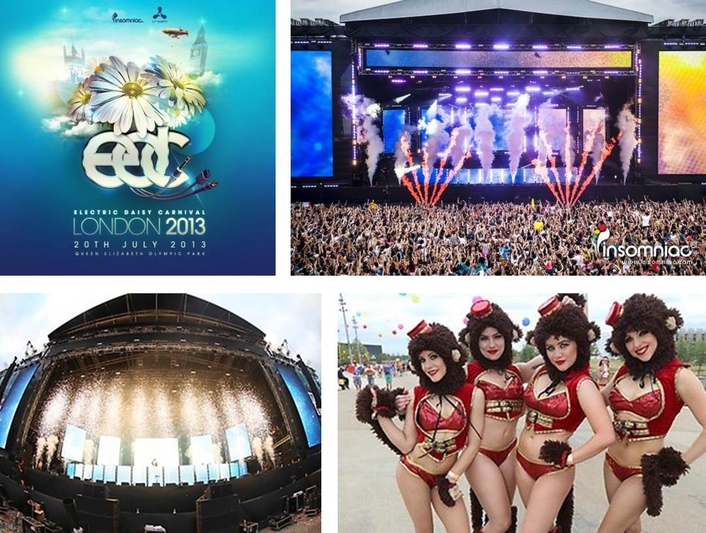 The results left audiences spellbound. Wireless's grand finale saw a two-and-a-half hour set from global superstars Jay-Z and Justin Timberlake, joined by Rihanna. If anyone was in doubt about whether the stadium could provide a platform for world-class musical entertainment, the sight of those three artists on stage left little room for dubiety.

Also, for PRG, the gigs proved to be an outright triumph. Through a well-planned production solution, which struck the balance between creativity and functionality, the company delivered a series of events that varied wildly in style. With no blueprint to work from, PRG relied on its experience and expertise, the quality of its equipment and its first class crew to ensure thousands of attendees enjoyed some unforgettable moments.