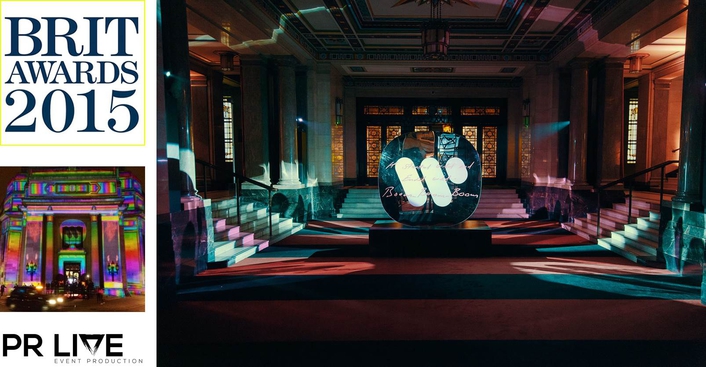 The project - managed for PR Live by Justin Hammond - included spectacular large format projections onto the exterior of the building to welcome the guests, and pixel mapping a wall of LED battens in the main room, as well ensuring the seven different themed areas inside the building each had their own distinctive vibe and style, including private areas for double Award winning Ed Sheeran, Warner executives and VIPs.

PR Live designer Jenny Willard initially took a detailed brief from the client and then produced a series of concepts based on ‘The Best of British’ in conjunction with this year’s much acclaimed Brit Awards event at the O2 Arena.

When these were signed off by the client, the PR live team started work on creating the environment. The set pieces and other bespoke elements included giant giraffes, lions, crazy furniture, train carriages, Buckingham Palace guards leopard-print floors plus a plethora of Warner signage and branding.“

The client had big, bold design ideas which pushed imagination and resourcefulness to the limits … but this sort of challenge really galvanised everyone involved to step up to the mark” commented Justin. 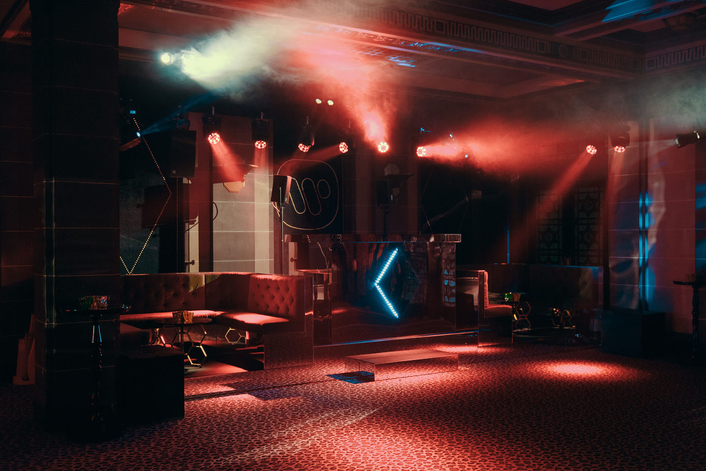 Building Projections
A tower was constructed across the street to house the doubled up pair of Christie 20K projectors used for the exterior projectors, located approximately 20 metres from the building. The eye-catching portrait format images produced measured 45 metres high by 23 wide. 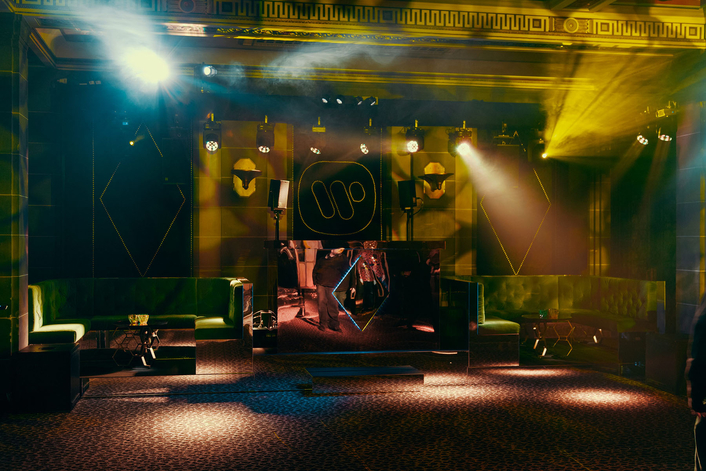 Main Room
Inside the Freemason’s Hall, the focal point of the main room was the stage and DJ booth  and central to the design of this area was a dynamic backdrop made up from 47 x MilTec LED battens, all rigged vertically on a custom framework.

These were pixel-mapped using Resolume and the cues triggered through the ChamSys MQ100 console that was also running the lights. This produced a series of stunning liquid and mesmeric effects throughout the evening, all adding to the excitement and drama of the pumping music. Mapping was a time consuming task amidst a pressured day, but well worth the effort and great fun to achieve. 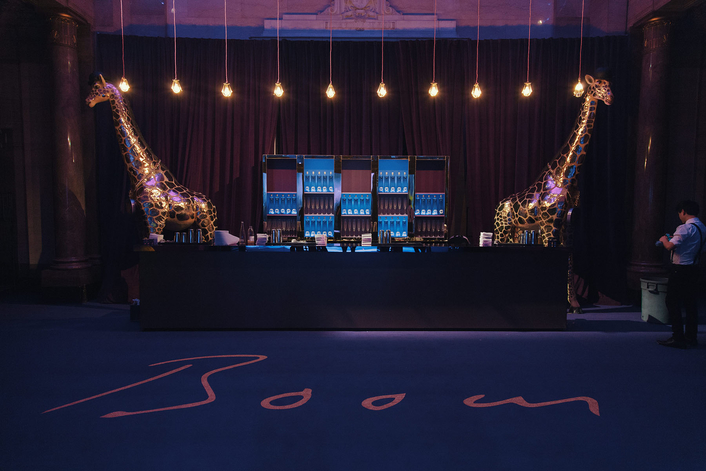 As a special effect, PR Live brought in Lasergrafix to supply 24 x single blue lasers – blue being Warner’s signature colour - and two RGB lasers which were interspersed with the LED battens producing even more funky and vibrant effects at strategic moments in the evening.

Eighteen of Robe’s very small, super-bright LEDBeam 100 moving lights were dotted around the room to enhance the ‘beamology’ of the space.

Lighting & Sound
Overall, PR Live supplied 50 moving lights to this after-party event which proved the hottest post-Brits ticket in town, in addition to the LEDBeam 100s, these were Clay Paky Alpha Beam 700s and A.leda K10s together, with Robe 600E Spots and LEDWash 600s which were distributed throughout all the areas, with 28 in the Main room.

The corridors, toilets, hallways and other periphery areas were all illuminated with over 200 CORE ColorPoint Mk2 wireless battery-powered LED uplighters, some supplied by Wireless Lighting. They proved a perfect solution to ensure the ambience and visual continuity was present throughout these important linking and gathering spaces. 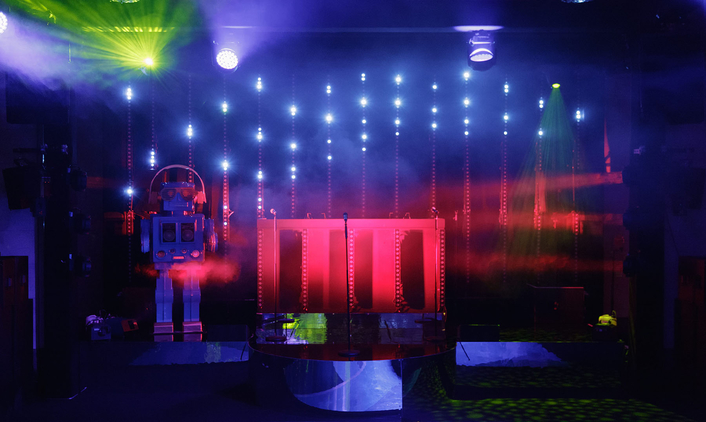 The sound systems were all d&b including a new Y series PA in the Main room, powered by the new D80 amplifiers, and a selection of Q, T and E-series speakers distributed around the rest of the venue. PR Live has large quantities of d&b, and it was chosen for its great sound and the unobtrusive size of the speakers.

Justin sums up, “We were extremely proud to work on this event and some great teamwork ensured that the levels of detail and expectation demanded by the client were fully met. Fifty PR Live crew onsite ensured a timely install, with only one day to get in and then the show day – it was tight! However everyone worked very hard … with great results”.