.
Antonio Porcelli, who has been piloting Italian hip-hop, rock and rap artist Caparezza, for the past 13 years, has clear ideas about how he wants his sound to be heard. Therefore he is constantly striving for the best.

Now he feels he is nearing perfection after adopting Powersoft’s M-Force subwoofer driver and the new M-Sub enclosure developed by Audio Labs System’s Mario Di Cola. He explains how he discovered the lethal combination, “I was in California for the mixing of [Caparezza’s album] Museica. On a day off we decided to visit the NAMM where I met Mario, who invited me to a demo at a Hollywood club the following day. 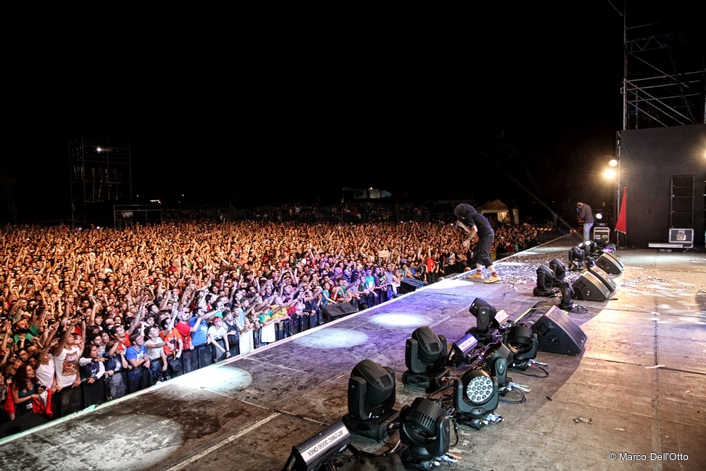 “That demo was the first time I heard M­Force — inside Mario’s M-Sub — and I was able to compare it against a number of subs of another brand. A single M­Force was enough to make the combined effort of the other subs look ridiculous,” he says. The sound of the M­Force was faster, deeper and the surprising thing was that there was no distortion unlike the traditional systems with which it was compared. I was incredulous! It was perfect for the sound I was looking for and I immediately knew I wanted this for Caparezza’s next tour.”

That the M-Sub proved to be the perfect sub solution was probably no surprise, as Porcelli has been investing trust in Mario’s solutions in a relationship that dates back 11 years to an MTV Day in Bologna, when he was there with LiSA — ‘a PA that I continue to use today in the most important Caparezza shows.’

At the time, Antonio Porcelli already owned three Powersoft K3 DSP, running Armonía software, using them with his Proel Edge 12” and Nexo PS15. On tour he was also using Powersoft K10s for the array and two Powersoft K20 to run the 16 subs.

“I have always loved the sound of Powersoft amplifiers,” he says. “They are very fast and never fail in terms of the dynamics. The transient response is fantastic and is perfect for the aggressive hip hop / rock sound of Caparezza.”But when confronted with M-Force the bar was suddenly raised, and the sound engineer was immediately clear that this was a radical new approach to developing transducer technology — and a real shift from the old cone and coil paradigm. ”I realised that I was immersed in the future, and face to face with what I considered a turning point in the sound system development, comparable to that of the line array.” 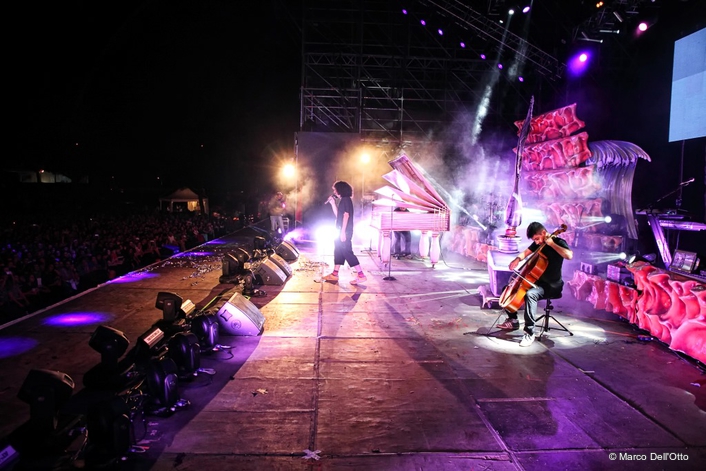 As a result, he specified four for use on this year’s Caparezza tour, tasking Mario with building four bespoke M-Subs. “Powersoft's Claudio Lastrucci supported my request by providing the M-Force transducers and the M-Drive amplifier modules at short notice. I am very grateful to him and Mario, because they made the whole thing possible.”

Once the subs had been received, Antonio’s PA tech, Danilo Stramaglia designed the LF into an array across the front of the stage, alternating traditional subs and M-Subs. “We used two delay lines for traditional subs and two for the M-Subs to create an electronic arc,” they report.In conclusion Antonio Porcelli says, “Now that I have used them on tour I can’t see me going back to anything else.” Which is about as ringing an endorsement of M-Power as you could hope for.