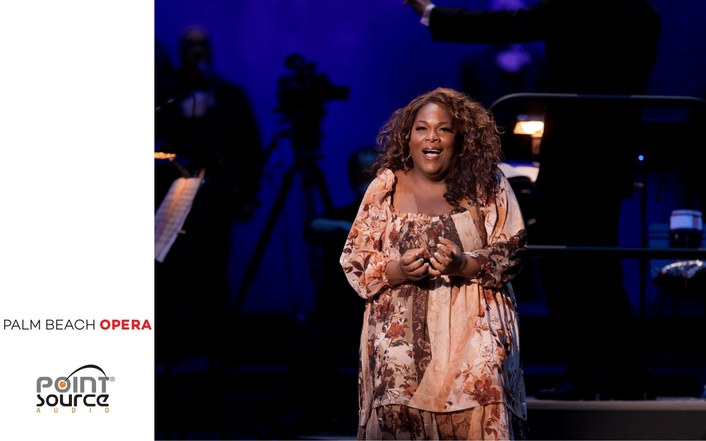 Palm Beach Opera has brought joy to Florida’s classical music fans with an innovative opera festival with nine days of performances at the iTHINK Financial Amphitheatre in West Palm Beach. The socially distanced event was the company’s first outdoor, open-air festival which implemented a variety of measures to ensure the safety of performers, crew and audience members alike.

With the outdoor venue not providing the perfect acoustic environment expected at operatic performances, a sound reinforcement system was required to ensure the audience could get the full enjoyment of the event. Sound design for the event called on Point Source Audio EMBRACE microphones for every principal performer—allowing each to “self-mic” to observe COVID-19 protocols.

“Every principal got their own microphone,” explains sound designer, Paul Bevan, who has previously used EMBRACE to mic violinist Joshua Bell. “I was a little apprehensive because who would think a microphone sitting back on the ear is going to give you enough gain in what is basically an arena sized venue with a huge PA system. But I knew right from the first note I heard that we weren’t going to have any problems. There was so much gain and it sounded so clear.”

With the festival taking place during a pandemic, safety and hygiene elements were key to pulling off a successful production. “We needed to put into place protocols that we could all feel comfortable with,” recalls Palm Beach Opera Director of Production, Jeff Bruckerhoff. “The big tenets were being able to be outdoors for everything and being able to space people properly based on what guidelines we were finding along the way.” 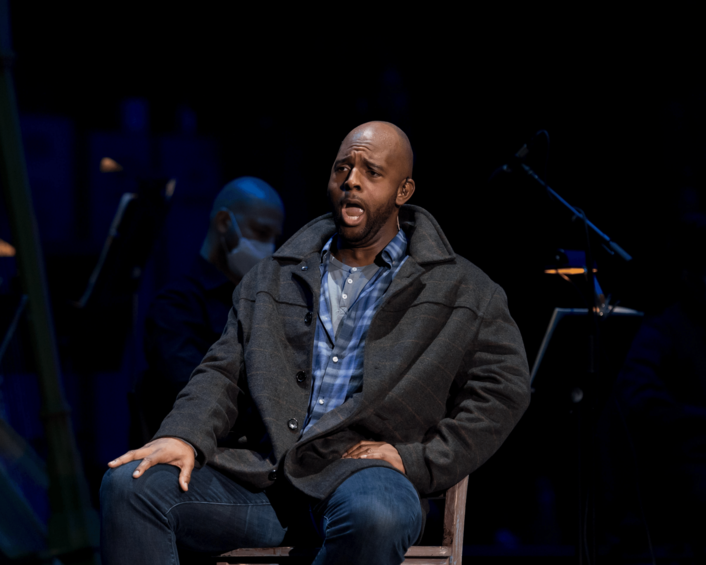 The EMBRACE microphones played an important part in helping the company meet its COVID-19 protocols due to the ease with which the principal singers could self-mic. “The audio technician would just hand them the pack and the mic, and then they would run it and put it on, and you didn’t have to worry about it being installed wrong,” states Bruckerhoff.

“We showed them on the first day and after that, they did it themselves,” added Bevan. “And that these mics can be fully immersed in alcohol for cleaning is simply amazing.”

A further factor to consider was the appearance of the microphone, with a small form-factor vital for the look of the performances. EMBRACE Microphones are engineered for concealing, but the mounting system keeps the mic placement consistent. This delivers the best of lightweight and low-profile lavaliers, combined with the consistent placement of earmounted microphones.

“I love this idea that no one can tell where the microphone is and how it gets to be so present,” says Bevan. “I love how great they sound, but also that you can’t see them, this has been a great application for them.”

While reflecting upon the welcome return of live performance, Bruckerhoff shared the meticulous planning for the singers’ “zone of influence” designed for the productions of La Bohème, The Magic Flute and Pagliacci. “They had to have 15 feet in front of them with no other people and 8 feet between them and another person. We had to lay out everybody in these different zones of 15’ x 8’ for the singers. These numbers are based on indoor work, not outdoor work, so effectively we doubled some of these requirements to ensure safety for everyone.” 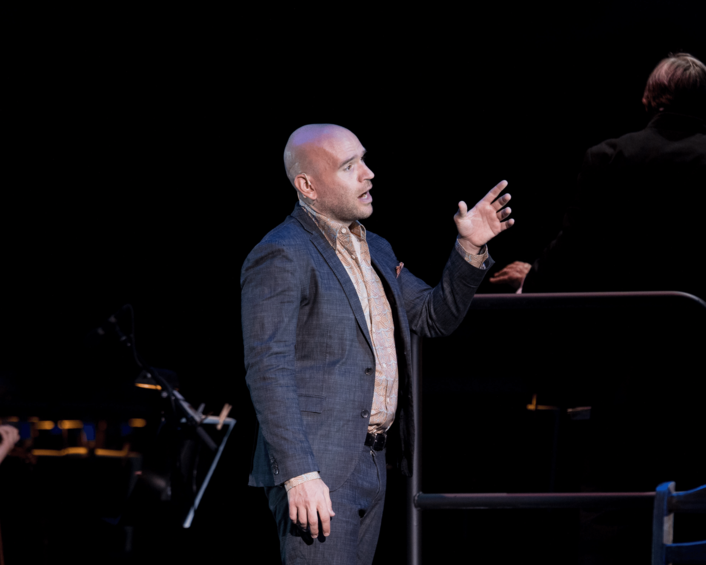 “Everybody was thrilled with all of it—the clarity of the mics, how it sounded, what we put up IMAG wise, commented Bruckerhoff. “People were asking when we were coming back and a number of board members said: ‘Well you pulled that off, so I can’t wait to see what you’re going to pull off next!’”

About Paul Bevan
Emmy-winning engineer, Paul Bevan is one of New York’s busiest and most in-demand Sound Engineers, Production and Tour Managers, working on a wide variety of major corporate, special event, orchestral and music projects. He has been featured in a number of articles in trade magazines, including ProSound News and FOH Magazine for his work with the Boston Pops, Lord of the Rings, Danny Elfman's Music from the Films of Tim Burton, NBC Today Show and the Yahoo Internet Awards.

About Point Source Audio
Point Source Audio (@PSA_audio) manufactures and distributes worldwide their SERIES8, EMBRACE, and CONFIDENCE collection of miniature microphones—a unique line of headset, earworn and earmounted microphones known for their robust bendable boom and waterproof features. The company also holds two patents for the EMBRACE concealable microphone as well as the patent for the world’s first modular in-ear comms headset that is supporting the hearing health for audio, lighting, and camera techs using headsets everywhere from sports to space. Founded in 2004, Point Source Audio is headquartered in Petaluma, Calif.