Nashville-based Elite Multimedia Productions is handling all the lighting, video and LED for the tour.

Production and lighting designer for country music veteran Alan Jackson’s 2016 “Still Keepin’ it Country” tour, Craig Rutherford of Blueshift Design, was looking for something that could do more than the ubiquitous beam light and found it in Elation Professional’s multi-functional Platinum FLX™.

Alan Jackson is one of the most successful country artists of his generation having sold over 80 million records worldwide with 35 songs hitting number one on country music charts. As an encore to his successful 25th Anniversary "Keepin’ it Country" tour of 2015, “Still Keepin’ it Country” started in April and will play festival and arena dates until November. 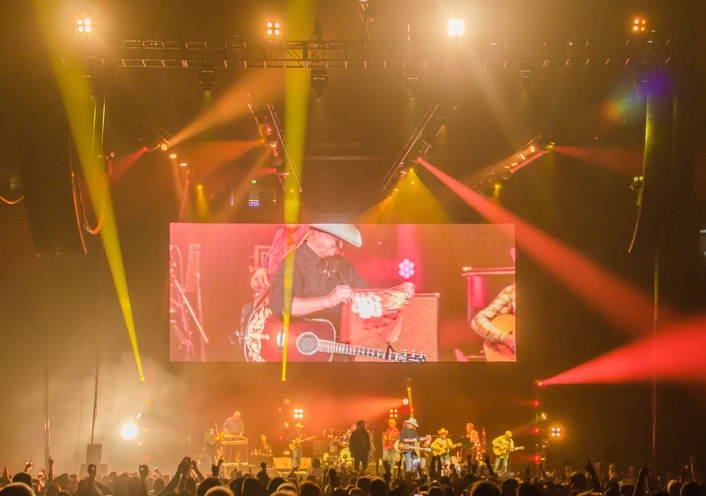 Rutherford, who has been with Jackson for over two years, used Sharpy’s on last year’s tour but says he wanted something that could do more for this current outing. “I wanted to use something with gobos and color mixing that complemented the other fixtures in the rig,” he stated. “We have 1200W spot movers and I needed a fixture that could keep up with that, which the FLX does. They are so punchy for their size. I've been super happy with them.” 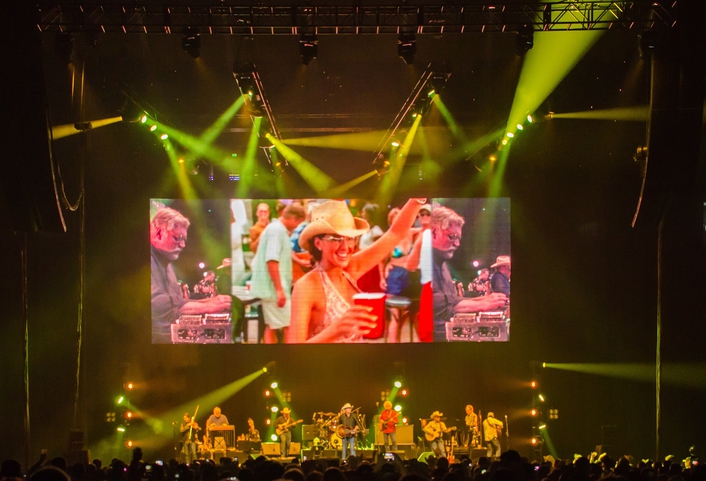 He uses the hybrid FLX fixtures as beams and spots for big gobo pattern looks and narrow beam effects and will use a frosted beam effect on certain songs. Besides keeping up with the larger wattage fixtures, Rutherford says the FLX fixtures can also cut through the upstage video wall. “The brightness was important,” he states, “and I like the narrow beam you get out of them. They can really scrape the paint off the back wall. I use them mostly in spot mode for mid-air aerial effects and get tons of mileage out of the beam and spot modes.”

Rutherford, who used Elation-distributed Capture lighting design software to pre-visualize the show and do all the plotting, positioned FLX fixtures in each of four truss fingers over the stage, as well as on top of each of four upstage towers. “I’ve been impressed with the fixture’s color mixing as well and can match them well with the 1200W fixtures,” he said. He also dips into the FLX’s host of design features like the 8-facet linear prism, which he says he likes but admits he doesn’t want to overuse so uses only sparingly in the show.

Rutherford has had a long history with Elite Multimedia, who he says are “very reliable” and have been “fantastic” on the tour.  Elite is in their third year with Alan Jackson and added the Platinum FLX fixtures to their inventory at the beginning of the year due to their versatility. Jason “Cannonball” Jenkins, Director of Operations at Elite Multimedia, commented: “The FLX is very much a ‘Swiss army knife’ of a fixture for us. It can function across the board as a profile, beam, and wash. This kind of multi-function use is what our clients are currently looking for - less fixture types and more options. The output looks phenomenal and the beam structure outperforms some of its nearest competitors. Elation has really hit the mark with this fixture."