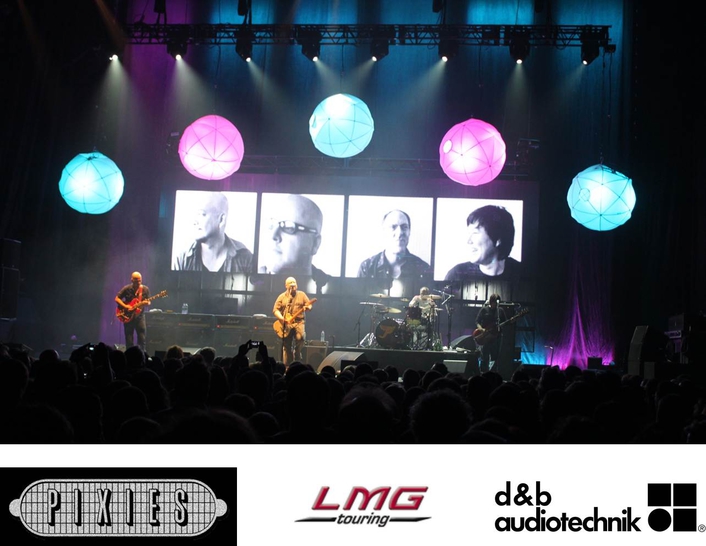 Mixing a tight four piece band has to be one of the most satisfying jobs for any engineer
Push the point hard enough and consolidation is inevitable; that's the premise presented to Simon Foster as he prepared to take the revitalized Pixies around north America once more. "We had already confirmed the LED video and lighting parts of the tour," said Craig Mitchell, "when I learned the band's preference was for a d&b audiotechnik PA system, I suggested we provide sound as well."

Mitchell handles Touring Sales at Florida based LMG, Inc., a company with a long and highly reputable history in the corporate market, but relatively less well known in touring circles. For Pixies Production Manager Simon Foster the one stop shop logic was sound, but it's not just equipment that determines these things. "I wasn’t familiar with LMG before the last Pixies US tour," said the band's long time house engineer Ray Furze. "When Simon mentioned they had a d&b J-Series system and were interested in doing the whole package, I had to do a lot of asking around. Specifically I made many calls to Craig to check they could supply all our specification, and if they had crew who were experienced and competent at rigging and tech'ing the system." Although Furze has mixed for the Pixies since they first became famous in the late 1980's, he's a UK based engineer, so the need for thorough investigation was paramount. "This is not always an easy task at a distance and although in the end all the boxes were ticked, I was still a bit apprehensive; with little production time when we arrived at the first show we didn't have a lot of room for things not to be right." 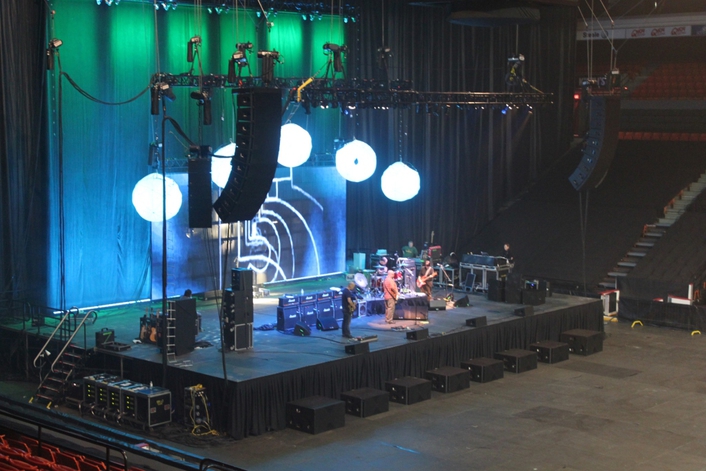 Naturally Mitchell had listened hard to Furze's questions, "he obviously knew the J-Series inside out and was very clear in describing his goals. Ray was taking the band into small and large theaters, and small arenas; whatever the venue he wanted to achieve that intimate Pixies sound." Furze didn’t need to worry, "the gear and cabling supplied was immaculate and the two LMG Touring techs Andy Vickery and Dave Kuhn, were well on the ball and were used to working with the J-Series."

Furze was particularly complimentary about Vickery's skills with the system. "Mixing a tight four piece band has to be one of the most satisfying jobs for any engineer, everything they play has its place in the mix. The Pixies have solid drums and a distinctive bass sound that has very little in the way of sub frequencies (unusual these days); both guitars play quite separate parts so it is easy to distinguish between them and both vocalists have very strong voices. Andy is very very competent with J-Series and also has a lot of experience with most major systems. He has picked up on how I like the system to sound, how I work, and I have complete confidence in him."

While few would categorize the Pixies as a hi-fi band, their sound is unique and needs to be addressed correctly. "They have a very dynamic alternative rock sound," said Furze. "What I am aiming for is a great club gig sound in venues that range from larger clubs holding one to two thousand people through theaters, arenas, even festivals for seventy thousand: quite a big variation in acoustics. The d&b J system although capable of producing a very hi-fi sound, has been my system of choice with all types of act since it came out and I have had excellent and consistently great results in a huge variety of venues around the world. EQ wise in most cases I end up with just one or two notches to deal with room resonances. There is no getting away from the fact that this is a loud band but people are a lot more tolerant of volume if it is well balanced through the spectrum. I find the J loudspeakers to be particularly smooth in the high mid range, a range that can be very unpleasant and harsh with some other systems." 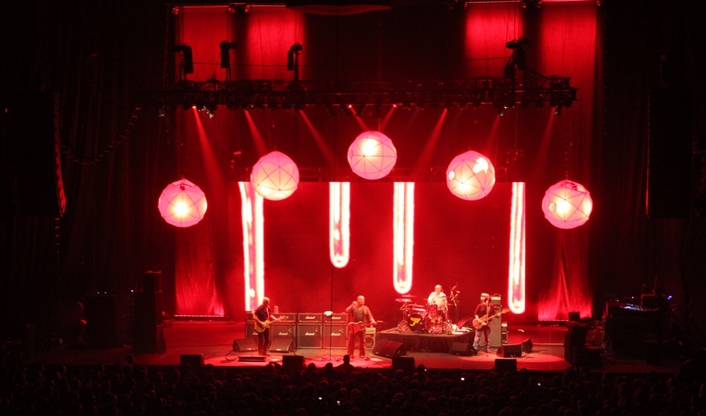 With bases in Las Vegas and Dallas, new touring design studio in Nashville, as well as their headquarters in Orlando, LMG has considerable continental reach so the Pixies recent touring stint around Canada was able to unload in Vegas when they finished off in Victoria BC. "We started servicing tours just two years ago," concluded Mitchell, "last year we serviced twenty different acts. Because we float our inventory, none of it is base specific; we can position equipment to suit our client's geographical needs. Consolidation is not just about common sense, convenience matters too. We invest heavily to give our clients what they want, where and when they want it."