Show and lighting designer Tobias Rylander, of design house Seven Design Works, worked alongside lighting designer Darren Purves to specify the VL3500 Wash FX luminaires which complemented the remarkably physical design's clean lines and epic style aerial projection. This concept was inspired by Rylander's passion for architecture and art, particularly the artist Anthony McCall, who is renowned for his work with forced perspective, glass and prisms and bouncing light off of reflective surfaces.

"The band had a very distinct graphic design in the album artwork," explains Rylander. "They also like everything to be in black and white and their logo is this strict square which they use everywhere. When it came to building the concept I just began to layer what they wanted and play around with forced perspective and dimensions, creating graphic aerial projections with lines and squares."

Rylander specified the VL3500 Wash FX for its intensely bright 70,000 lumens output, which performed in harmony with the projection. It can also be used as a spot when the luminaire's VARI*BRITE mode is engaged, which works in conjunction with its internal zoomable optics system to offer a tight column of remarkably intense light from almost any zoom position.

"The VL3500 Wash FX is an extremely dynamic luminaire. It was the workhorse of the rig and the only moving light I used in this tour as it also performs brilliantly as a spot," explains Rylander. "The VL3500 Wash FX consistently delivered at different intensities and zooms which worked perfectly to not 'over-shine' the projection aspect whilst still being the ideal intensely bright wash." 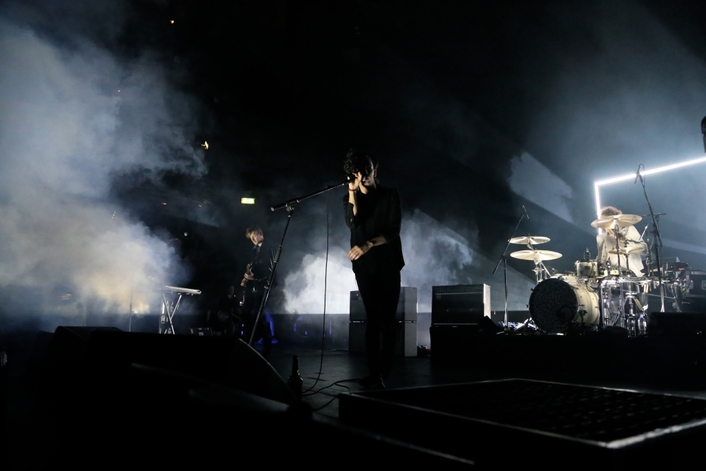 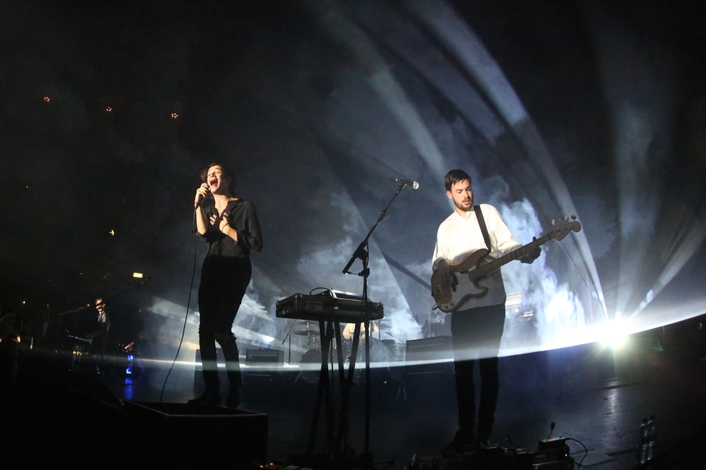 Striking and undulating lines were produced through moving gobos and five on-stage projectors and two at FOH, with the projectors placed behind the LED video frame creating a framed tunnel perspective that gave depth to the stage. Looks created went from single light on one person to dynamic almost physical lighting and frenzied strobing with the power of the VL3500 Wash FX adding a gritty evocative atmosphere to the sometimes chilled, sometimes energetic look.

The 1975 are on a fast track to super-stardom, with a plethora of global headline shows scheduled to come later in the year, including exciting performances at several festivals this summer such as Glastonbury and Benicassim.