"The one effect I wanted to achieve right from the beginning was to create the train tracks for the races out of light," says Randall. "I designed a series of custom gobos consisting of straight and curved sections of train track and we used these to build the routes. For this effect to work, I knew that I would need fittings that were really bright, had excellent optics and also offered a reasonably large gobo size to facilitate the artwork's intricate detail. The VL3500 was the obvious choice. Not only were we building the tracks, but also we would apply a number of dynamic effects to these, often using colour, to animate the racecourse. The lights needed to be punchy - we were trimming at 9m, much higher than is usual for that theatre." 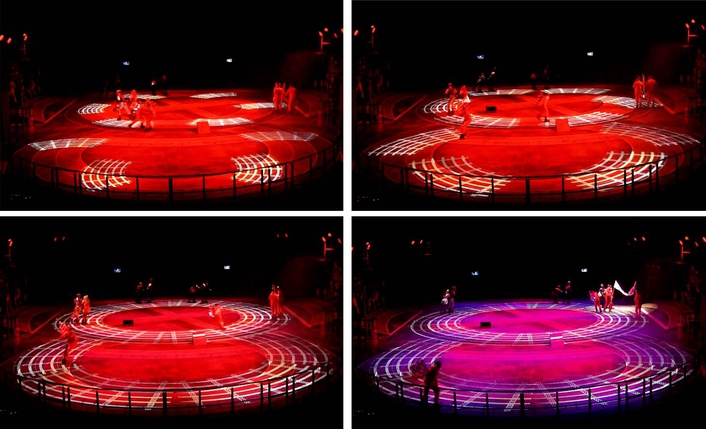 Randall explains that the desired effect of shuttered/flashing light as a train moves was an interesting starting point: "There were loads of dynamic effects in the show and there were moments where the cast would pass through rhythmic patterns of light and shade which helped to achieve the sense of motion. The director, Janice Honeyman, wanted to ensure that the narrative of the show be made clear to the audience, so there was a lot of time spent on ensuring that we focused light where it was needed for the scenes to help the audience follow the story line. The stage area was huge, so this was essential to ensure that nothing got lost. The optics in the VL3500s are superb and extremely reliable - they hit their marks consistently. The colour mixing is also quick, which meant that I was able to use several colour effects in the show as well."

Theatre lighting supplier Gearhouse Splitbeam provided the VL3500 Spot Luminaires for the production, which played at The Mandela, Joburg Theatre. Splitbeam's managing director, Alistair Kilbee, comments: "Starlight has always been a larger-than-life kind of production and the scale on the South African version lives up to expectations. My team has been working closely with UK-based Declan Randall who is a designer who loves to push the limits of theatre design."

Randall adds: "Splitbeam really understands the theatre market - they always go the extra mile to ensure that the designer gets the right lights for the job and are super supportive and helpful throughout the whole process." 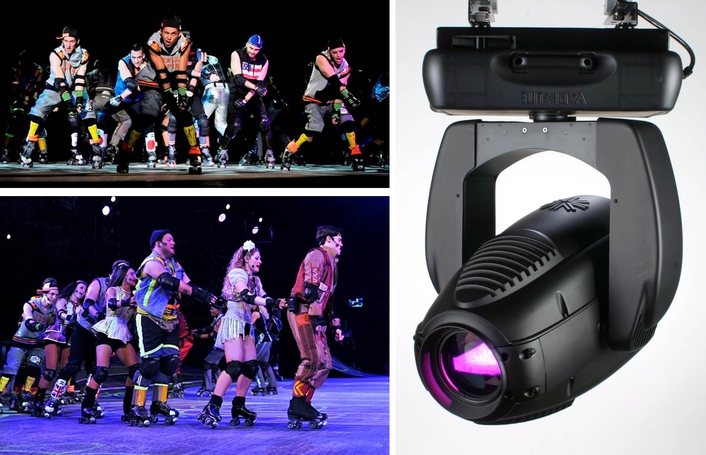 Proudly built in the USA, the VL3500 Spot luminaire maintains the same high standards for imagery, beam control, color and brightness found in all Vari-Lite products. The luminaire is also the same size as all other Vari-Lite Series 3000 luminaires, providing a consistent hang configuration and appearance no matter which luminaire type is required.