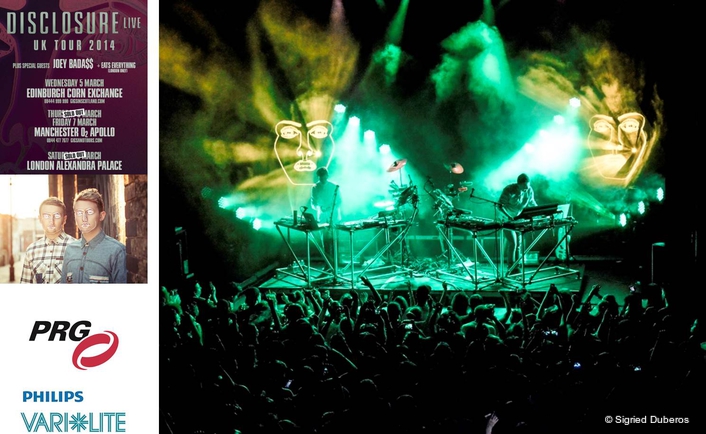 LD Will Potts specified the VL3000s to skillfully bring to life the band's signature icon
Lighting and show designer Will Potts is utilising the versatility and internal speed of Philips VL3000 Spot luminaires to execute his energetic lighting design for electronic music duo Disclosure.

Potts specified the VL3000s, which were provided by leading supplier PRG, to skillfully bring to life the band's signature icon, the instantly recognisable line drawing of a face, as part of his design. For the preliminary stages of the project, Potts employed the VL3000's powerful beam to project custom artwork through a series of gauze screens, transporting 2D images into a 3D space. 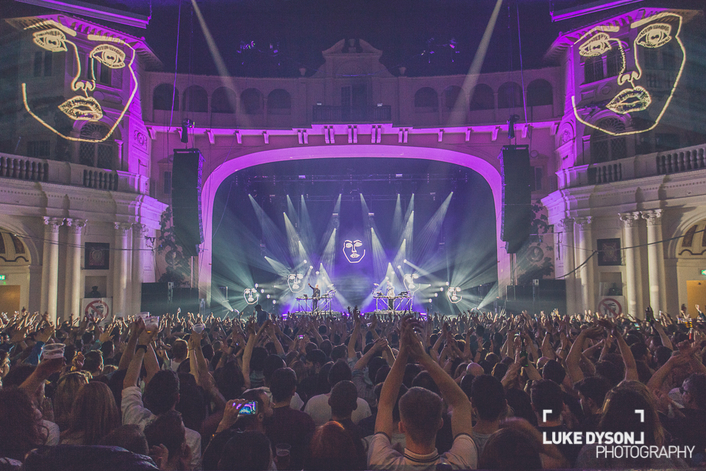 "VL3000s were always my first choice for this show," says Potts. "The clarity of image projection combined with good brightness, wide zoom capabilities and its global availability made it a no brainer to use. I also really enjoy being able to use three rotating gobo wheels loaded with custom artwork. The VL3000's consistency and accuracy in repeating my programming, not only within a single luminaire but across multiple fixtures, means I have more time on the road concentrating on adapting the design to suit each space." 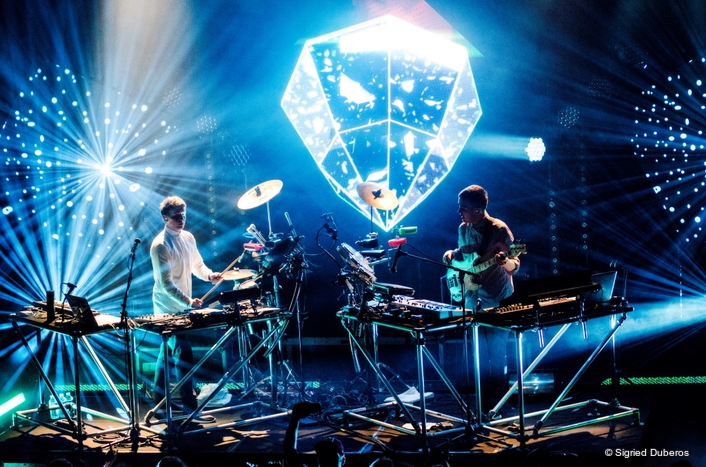 Potts explains that in the first stages of the project, the venue spaces were much smaller and therefore it was hard to harness the power of the VL3000s. However, now Disclosure play to increased crowd sizes in much larger locations he is able to fine-tune this depth and projection angle to work with each space, allowing him to get the maximum effect from the artwork. 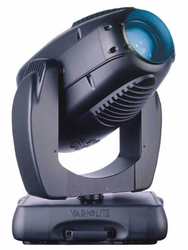 Through the development of the project, Potts has animated some of his artwork, with the face now singing several of the tracks. Regardless, the VL3000s are still heavily relied upon to add significant depth to the design's static images.

It's apparent that the reliability, efficiency and global presence of the Vari-Lite VL3000 Spot means it remains the ideal fixture for Potts' design as the tour increases in size and scope.

"Programming time is saved thanks to the VL3000's gobo design with cogs permanently fixed onto the glass gobo itself. It's also a very universal fixture, and there hasn't been a show yet in the world where I haven't been able to source them.It's down to this that the VL3000 has been such a successful fixture in moving my design forwards and growing the live show's personality with the band all over the world."

Disclosure's tour continues this year throughout Europe, and includes headline performances at a number of exciting festivals this summer.

Adlib Settles For Disclosure
Avolites Tiger Touch and ...the Ticket for Disclosure
Clay Paky and RML Illumin...ure Video “F For YOU”