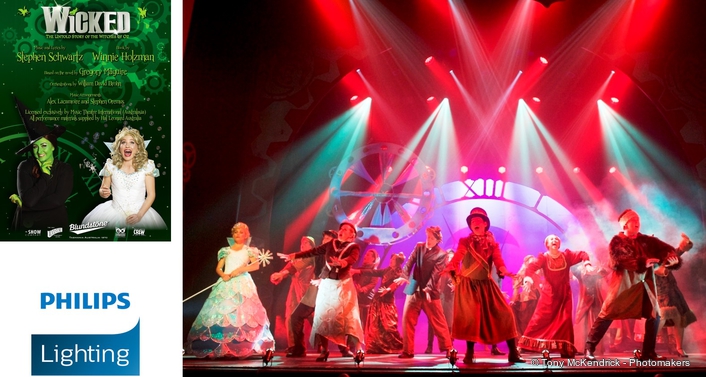 Philips Lighting (Euronext Amsterdam ticker: LIGHT), a global leader in lighting, today announced that its LED stage lighting added to the drama and detail of an award-winning production of the hit Broadway musical Wicked at the historic Theatre Royal in Hobart, Tasmania - Australia's island state.

In the role of both lighting designer and technical supplier was Gareth Kays of GK Productions, Tasmania's leading performance technology consultancy. His brief was to create an impressive, Broadway-style production on a comparatively small stage.

"One of my main challenges was disguising the ground support system which allowed lead character Elphaba to take flight during the number Defying Gravity," Kays explained. "I used Philips Showline SL BEAM 300fx moving head luminaires at full zoom for back lighting Elphaba as she rose into the air. Light radiated out from her, masking the mechanics and giving the impression she truly was flying. I used Philips Showline SL LEDSPOT 300 luminaires to light the downstage in a dappled gobo wash, which added to the radiating backlit look." 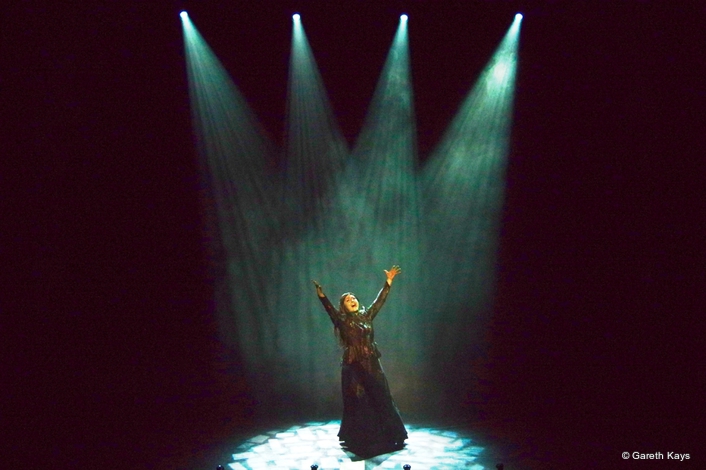 "In a lot of the scenes I used very strong colors and large gobo effects to create a magical storybook feel. I found the stock gobos in the Philips Showline SL LEDSPOT 300 gave me plenty of creative options; I used the brick gobo for a not so subtle yellow brick road, and utilized the same gobo with a cyan for the interiors of the castle scenes to break up the stage floor. The framing shutter system is also fantastic for my theatrical work." 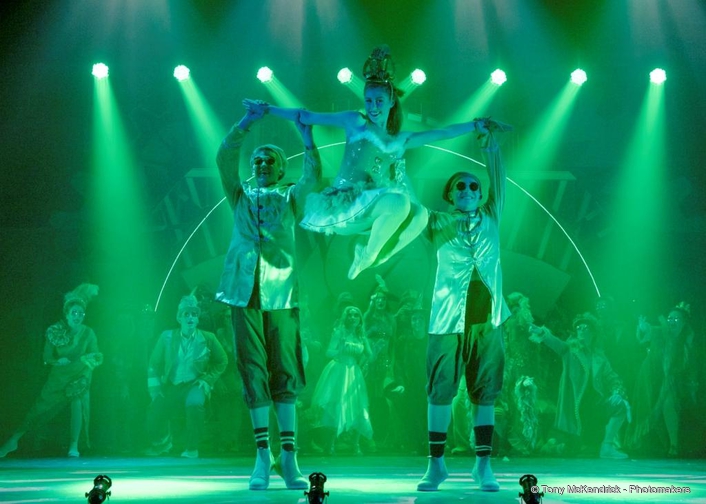 Colin Kavanagh, General Manager Philips Entertainment Lighting said: "We are committed to leading the transition to energy efficient entertainment lighting and Wicked in Hobart was a perfect example of how our LED technology is a formidable match for tungsten in a theatrical environment, at a fraction of the power consumption. From precision shutter framing to sophisticated color rendering, our theatrical LED luminaires offer designers true energy-efficient creativity." 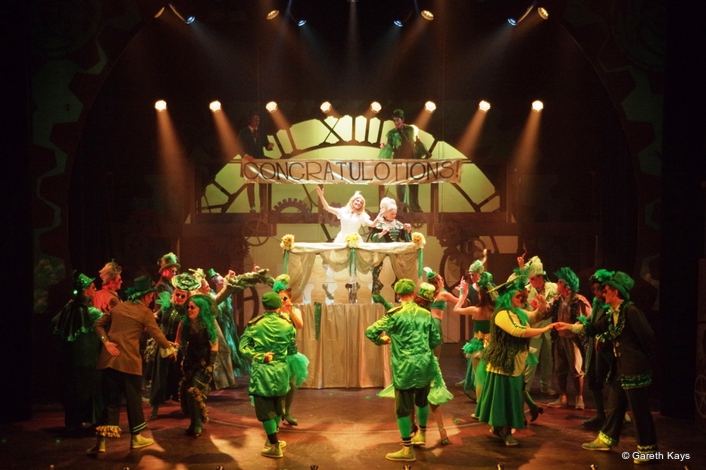 Wicked ran from January 27 to February 11 at Hobart's historic Theatre Royal - Australia's oldest continually operating theater, which celebrates its 180th anniversary in 2017. The production also won several awards at the Tasmanian Theatre Awards (also known as the 'Errols' after legendary Hollywood actor Errol Flynn, who was born in Hobart) on Sunday March 12, including Best Production.