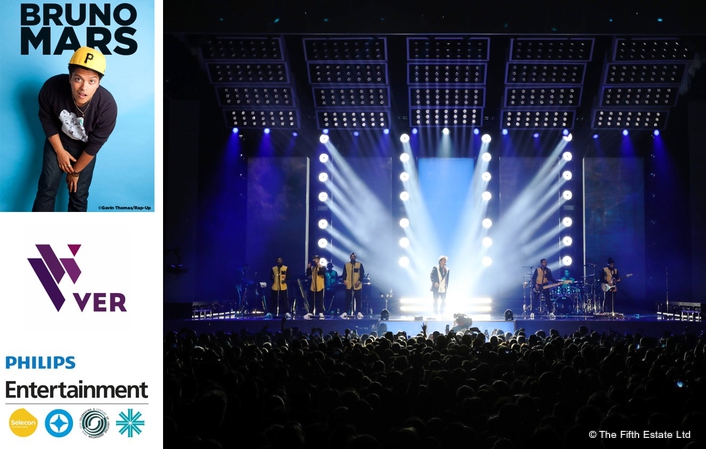 "We chose the Philips Vari-Lite VL6000 Beam because there isn't a light out there like it," said Bennett. "It's a very raw Philips Platinum lamp, which delivers this really cool, large column of light. It's a texture that doesn't exist anywhere else, which makes the fixture really special. It's almost like having the old Vari-Lite VL4 on steroids! Not only that, the big, retro-style aperture fits in with the whole nineties feel of the show and keeps everything clean, bold and really strong - the type of look that comes out well on a phone camera. Like a lot of young artists now, it's really important to Bruno how the show is conveyed on social media." 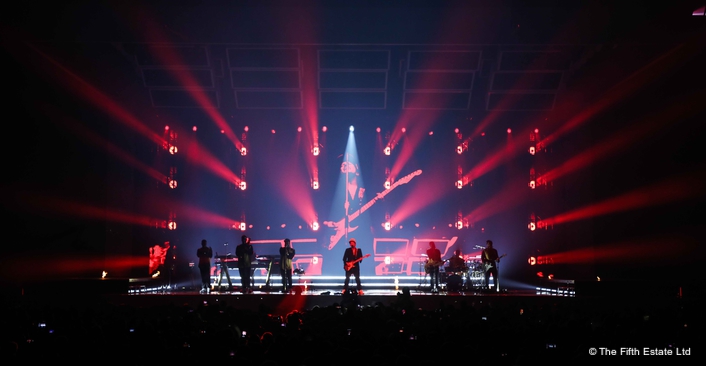 Bennett and FitzGerald have captured the essence of the '90s era and added a contemporary twist by mixing the classic rock and roll look of Par Cans with the beam work and vibrant color palette of high-power moving lights. Forty-eight Philips Vari-Lite VL6000 Beams are rigged on vertical truss facing out, while 53 Philips Vari-Lite VL4000 BeamWash fixtures provide backlight, sidelight and a myriad of bright, bold effects. The lighting package is being supplied by leading international rental operation VER.

"The Philips Vari-Lite VL4000 BeamWash is one of my favorite lights of all time," said FitzGerald. "It does everything you need it to do; it's fast, it's bright, it can create all kinds of textures and so it's the perfect workhorse for a production like this that's 70% lighting."

"The Philips Vari-Lite VL6000 Beam and Philips Vari-Lite VL4000 BeamWash are so fast they're seamless in their delivery of each effect, giving us real flexibility. We've been able to do a lot of stuff for this tour that we've waited two years to do."

Colin Kavanagh, General Manager of Philips Entertainment Lighting said: "We are seeing increasing demand for entertainment lighting fixtures that offer lighting designers complete versatility combined with unique and stunning effects. The combination of the VL6000 Beam and VL4000 BeamWash fixtures is a result of years of development to meet these needs. We strive to excite and deliver leading edge fully-featured products aligned with our customers' current and future expectations." 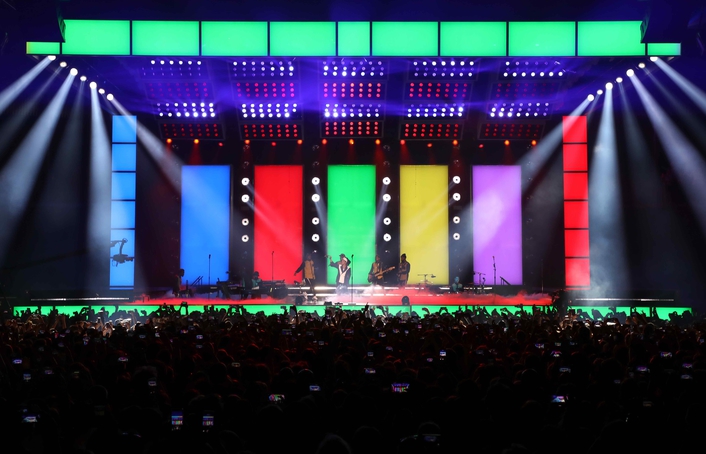 Bruno Mars' massive 85-date world tour kicked off in Antwerp, Belgium in March. Following the stint in Europe, the North American leg of the tour will commence on July 15 at Las Vegas' T-Mobile arena and culminate in a show at Los Angeles' The Forum on November 11.