The entire cast of NBC's production of this classic tale were kitted out with DPA d:screet™ 4061 Miniature Microphones
Peter Pan Live!, NBC’s live primetime television production of the classic Broadway musical, aired last week with audio support from Firehouse Productions and DPA Microphones. The live TV ‘film,’ which followed the success of the network’s 2013 depiction of the Sound of Music, raked in over nine million viewers. With a live show of this magnitude, Firehouse needed an audio solution that would provide pristine audio quality expected with HD television while still giving audiences the feel of a grand theater production. To accomplish this, the sound reinforcement company called on 48 d:screet™ 4061 Miniature Microphones to support the entire cast, which included Christopher Walken as Captain Hook and Allison Williams as Peter Pan.

With each lead and principal actor double-miked, and a single mic on each member of the ensemble, DPA’s d:screet 4061 was the exclusive microphone used for the production. Having gained familiarity with the DPA d:screet 4061s from years of Tony Awards productions, Mark Dittmar, audio producer for Peter Pan Live! and lead design and integration engineer for Firehouse Productions, credited both the sound and the size of the mics for highlighting the show’s top level performers. 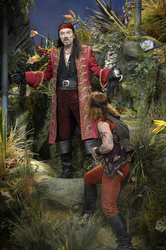 “DPA d:screet 4061s have become our premier high-end microphone,” says Dittmar. “We used them on the Sound of Music last year, which was the first big NBC live musical, and even knowing where the microphones are hidden, you cannot see a single one. It’s the combination of size and sound quality that makes the d:screet 4061 the perfect choice for this application; it was the same thing this year. Most of the cast members were wearing two microphones, so we were even able to hide two on one person. From my experience, the sound quality of the microphones is spectacular and that is especially evident when miking an actor who has a very dynamic vocal range.”

Since the production was not filmed in front of a live audience, the audio team also had no PA system to hide behind when it came to hiding background noises. “Literally every single sound on the set is audible and some microphones are so sensitive that you even get noise from their wires,” continues Dittmar. “The DPA mics don’t have this obstruction. The sensitivity of the noise is like nothing else I’ve ever dealt with. The microphone works very nicely for us in that it’s not adding anything unwanted. What’s more, they are a very popular Broadway microphone. We have a whole team of A2s that had to mic the cast and the d:screet is absolutely a top choice for them.”

A live telecast of the beloved J. M. Barrie book, Peter Pan, the production featured an all-star lineup, which not only includes Williams and Walken as the leads, but also Minnie Driver as both the narrator and the adult version of the character Wendy Darling, and Christian Borle in dual roles as Mr. Smee and George Darling. The show aired Live on NBC on Thursday, December 4 at 8 p.m. Eastern, from Grumman Studios in Bethpage, New York. Peter Pan Live! is now available on DVD and as a DVD+CD Soundtrack Gift Set, which includes "The Making of Peter Pan Live!,” a unique opportunity for fans to have an inside look at the creation of the musical event. 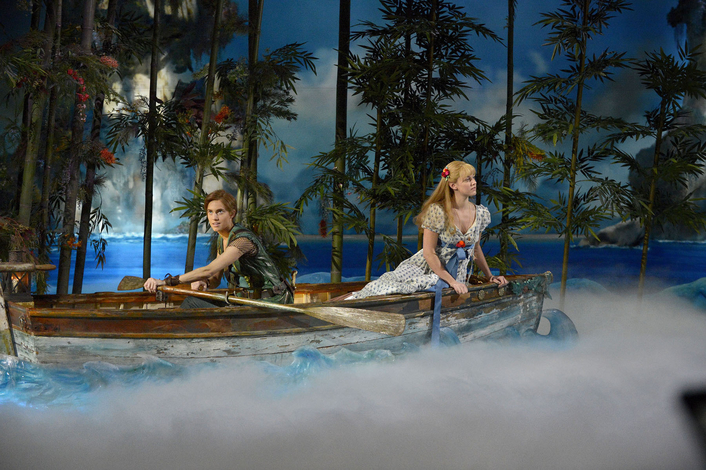 A 25-year veteran of the industry, Dittmar has been with Firehouse Productions for the last 14 years. During this time, Dittmar has had the benefit of working on several high-profile productions, including the MTV Video Music Awards, the Rock & Roll Hall of Fame Induction Ceremonies and the Concert of Valor, among others.