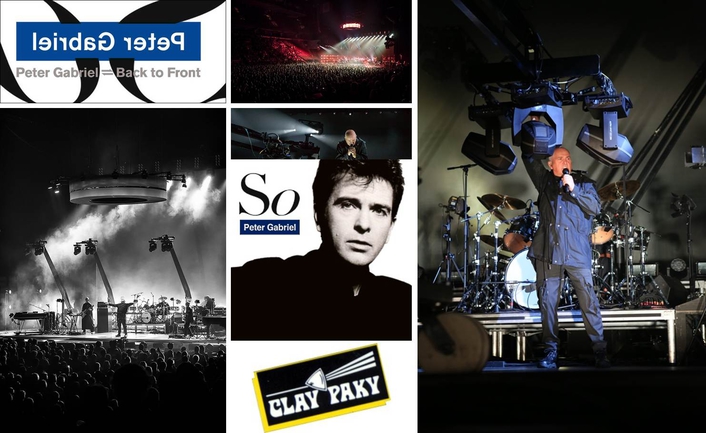 Clay Paky Alpha Spot QWO 800 Fixtures Join Peter Gabriel
Pop legend Peter Gabriel gives a rare glimpse of his nostalgic side in his new Back to Front Tour, which recently opened in Quebec City with a full performance of his classic 1986 album, “So.”  Many aspects of the show hark back to the past, and lighting and show designer Rob Sinclair is using Clay Paky Alpha Spot QWO 800 fixtures in an application employed 25 by him years ago.

Gabriel wanted to bring back some of the elements from the tour that launched “So,” including camera booms with lights mounted on the end, one boom for himself and one for each of the original touring band members who have reunited with Gabriel: bassist Tony Levin, guitarist David Rhodes, drummer Manu Katche and keyboardist David Sancious.

“We brought the technique up to date by having five manually-operated camera booms with three Alpha Spot QWO 800 fixtures on each of them,” says Sinclair.  “They pretty much carry the show: The show is about those booms and the lights on them.”

Clay Paky’s Alpha Spot QWO 800 uses the latest MSR Platinum lamp, an 800W light source that produces an intense sparkling light – brighter even than older 1200W lamps.  The Alpha Spot QWO 800 is equipped with optical features placing it at the top of its class, including a very wide zoom range from 7.6º to 55º, a uniform beam distribution at all zoom angles and a unique Stay-Sharp-Zoom feature that locks images in focus while zooming. 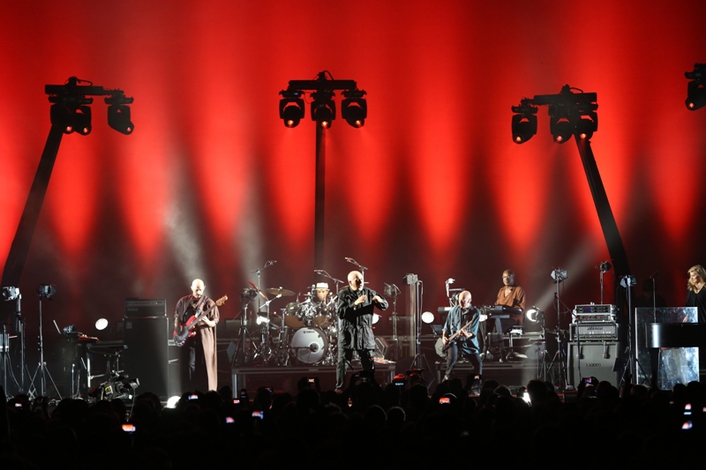 Sinclair selected the Clay Paky luminaires after conducting a test earlier this year.  “I wanted something that was bright and had a wide zoom on it so when it was on the floor it would light Peter,” he explains.  “In the shootout we were looking for a combination of brightness, zoom angle and weight: The lights have to be counter-weighted with four times the weight on the back of the booms.  The QWO’s delivered the perfect combination of brightness and weight, and I preferred the zoom on them.  The brightness carries to the back of the arena when they’re zoomed in and when they’re zoomed out they can be a foot away from Peter.”

The show is broken into three sections with part three being the complete performance of “So.”  “So” is being reissued on October 22 in an extensive boxed set, which includes a making-of documentary and book.  The stand-alone re-mastered album will also be released on the same date.

Sinclair reports that the Clay Paky QWO 800s are “working really well.  They are an impressive light.  I’m very happy with them and the decision to run them.”

Francesco Romagnoli, Clay Paky Area Manager for North and Latin America, adds, “We are proud to be part of such a high profile performance and pleased to see the QWO 800s used in such a unique way.  We look forward to seeing more exciting applications with our newest fixture.” A.C.T Lighting is the exclusive distributor for Clay Paky in North America.