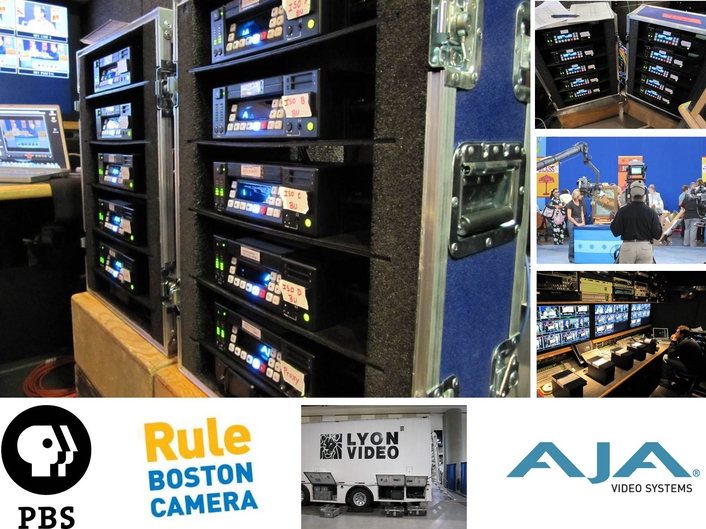 In its previous three seasons, “Antiques Roadshow” shot HD 1080i and captured on videotape, recording to HDCam decks. To streamline post-production by eliminating the digitizing step and move toward a fully file-based workflow, the show opted to capture digitally with AJA Ki Pro. Ki Pro is a portable tapeless device that records native Apple ProRes 422 QuickTime media, which editors could access directly in their Apple Final Cut Pro or Avid Media Composer systems.

“Antiques Roadshow” is an intense, streamlined production, setting up one-day shoots in six cities every summer. For Season 15 they shot with four HD 1080i cameras, all ISO’d, feeding into four Ki Pros housed in a mobile unit (a fifth Ki Pro captured the line cut). The crew shot for 10-12 hours straight, stopping only to change drives. Five more Ki Pros were used for backup, and one remained at WGBH’s editing suite back in Boston and was used to reformat drives for the next city’s shoot.

Jeff Cronenberg, series editor and technical director on “Antiques Roadshow,” notes that the Ki Pro workflow saved valuable time and eliminated significant equipment rental and tape stock costs during the production. “The Ki Pros really helped our efficiency on the shoots. Tape changes used to take about seven minutes every hour. Now we can change all ten drives in two minutes, and that usually only has to happen twice over the course of the day. We get just under three and a half hours of record time on every drive, as opposed to one hour per tape.”

He added, “We looked at a number of options, but the Ki Pro really fit the bill. It made sense economically, and it worked just like running a tape deck. Operationally, there was a very small learning curve.”

Nick Rashby, president, AJA Video Systems, said, “It’s incredibly fulfilling to hear about the successes our broadcast clients have experienced by moving to a tapeless capture workflow. We are pleased that Ki Pro has contributed to this very successful evolution in the production of ’Antiques Roadshow‘.”