A Party with a Capital “P”: grandMA2 celebrate with Guus Meeuwis 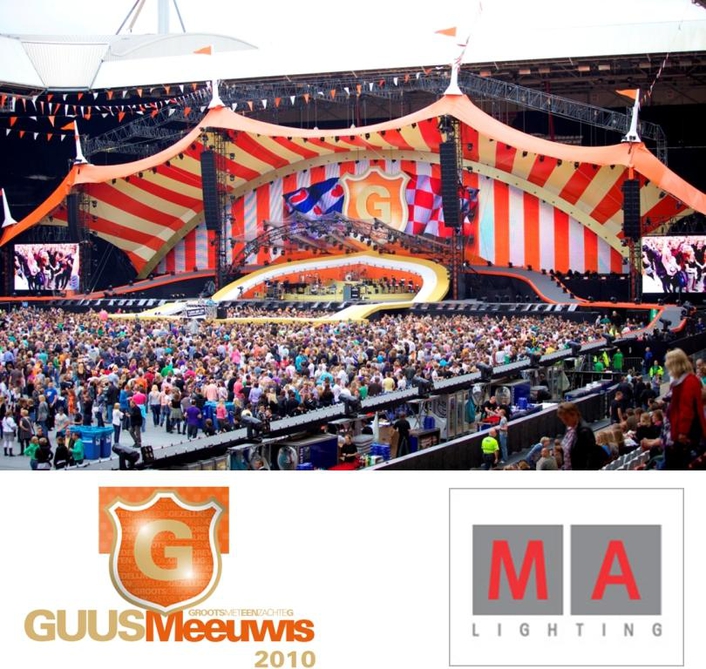 “Groots met een zachte G” was staged at the Abe Lenstra Stadium in Heerenveen and the PSV Stadium in Eindhoven
Recently the Dutch singer and songwriter Guus Meeuwis celebrated his 15th year as a singer and his 5th year of stadium concerts – so it was time for a big party.

His show “Groots met een zachte G” was staged at the Abe Lenstra Stadium in Heerenveen and the PSV Stadium in Eindhoven - both in The Netherlands. The stage and lighting design was created by Marco Driessen (Rentall), Henk-Jan van Beek (Light-H-Art) and Sander van den Ham (Sightline). Ezra Hommel (Light-H-Art) programmed and operated the show using 2 x grandMA2 lights and 3 x MA NPUs (Network Processing Units) with a total of 24 universes of DMX in a multiuser setup.

“For the past eight years I have been working with the grandMA ‘series 1’, and at the beginning of this year I started using the grandMA2,” explained Hommel, “The whole grandMA range is a very reliable tool for me. It’s the perfect extension for the creative process during programming and playback. I use the consoles in various sectors of our profession such as theatre, television, fashion shows and rock concerts. For each type of show a different console setup is needed and the grandMA provides me with an ideal, user friendly environment for each of them. The grandMA2 is a perfect new addition and a big step forward in lighting and media programming.”

The ‘Groots met een zachte G’ Concerts in The Netherlands 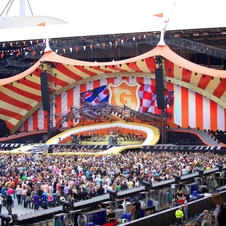 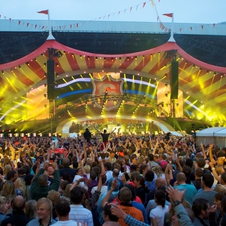 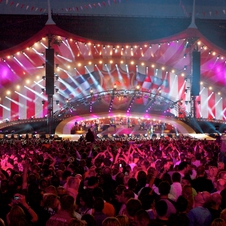 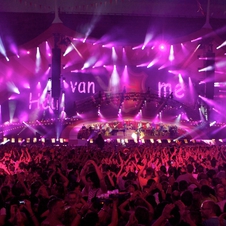 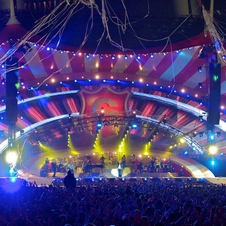 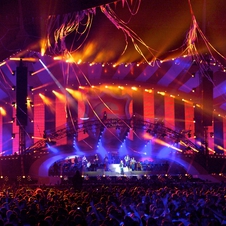 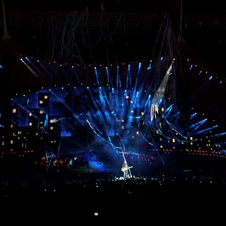 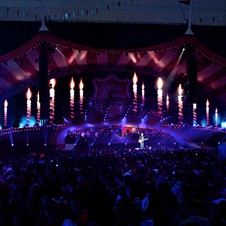 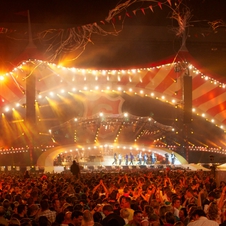 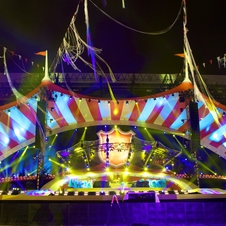 Marco Driessen gave an insight into the lighting design: “An important aspect for the ‘Groots met een zachte G’ concerts was that the audience had to experience the party mood and celebration. That’s why we chose this stage and lighting design to match the performer and stimulate the celebratory feeling of the occasion. The basic design was a tent sail that was custom made in three parts with a total surface area of 800m². Underneath the sail there was a 450m² 30mm Spider LED screen.” 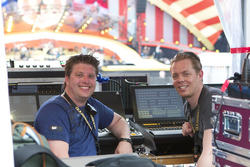 Driessen continued: ”We mounted the trussing and lights, and used the outlines of the sail and video screen to reinforce the stage design. Also we used a lot of moving lights across the entire stadium to involve the audience and draw them in to the ‘party feeling’. We used special 100m long catwalks so that Guus could come even closer to his audience during the performance. The benefit of this stage and light design was that it was interesting during both day and night time.”

The sound and lighting equipment was supplied by Rentall and the video and LED screen by XL-Video/ Tenfeet. Sightline was responsible for the technical production.