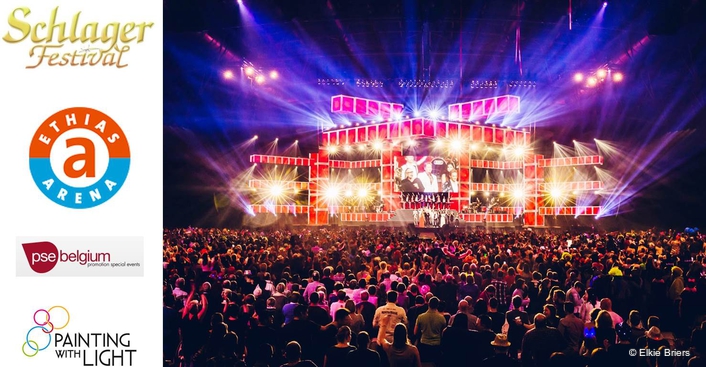 The massively popular event, which sold out so quickly that a new date was added to make it a run of six shows, was staged at the Ethias Arena in Hasselt, which has a capacity of over 21,000.

The ‘Schlagerfestival’ produced by PSE Belgium and Medialaan has been on the national event calendar for the last 10 years, and Painting with Light’s Luc Peumans has been involved since its inception. It has been a colossal success and features the best of Belgian and Dutch Schlager artists performing their biggest and best hits to wildly enthusiastic audiences! 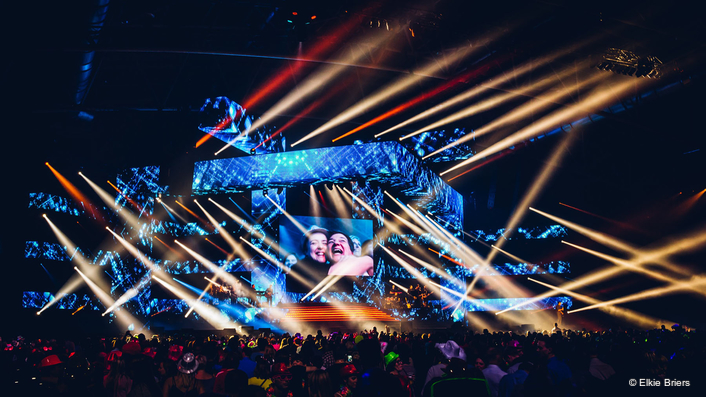 This year, to reflect the increased diversity of the artists and their musical reach which included Spanish and Latin influenced Schlager, the brief was for the stage presentation to have a fresh and contemporary look, which allowed Luc to think completely ‘out of the box’. Show Director Luc Koenen also hinted that he wanted a Eurovision-style look.

“It was a fantastic brief to receive and allowed me to get properly creative” commented Luc. 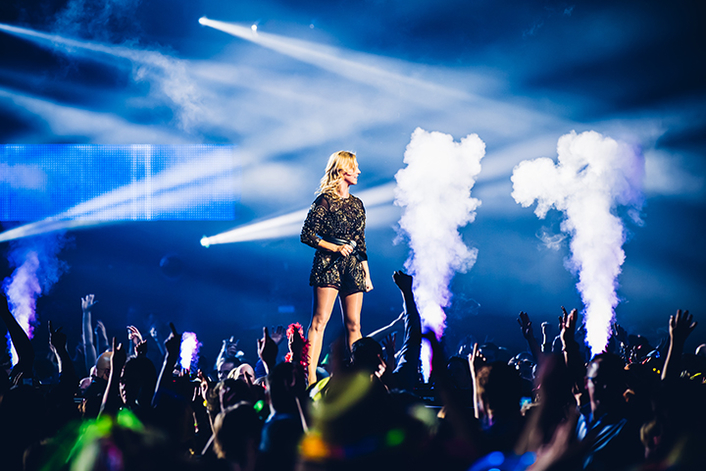 The audience surrounded 270 degrees of the arena and stage, so the visuals needed to be clearly visible from multiple angles as well as bright, bold, dynamic, in-the-face … and not clichéd.
Luc and his team – which included LD Carlo Zaenen, visual content creator Michael Alfar and media specialists Katleen Selleslagh and Aitor Biedma - imagined several ideas related to a 3D mapper performance environment, before producing a set design based on approximately 750 metres of trussing with 550 square metres of internal 30 mm LED screen panels fitted inside. 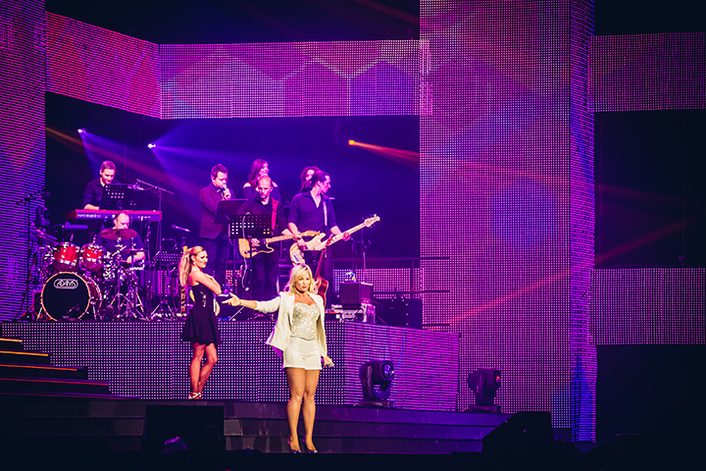 This enabled an architectural framework and 3D ‘matrix’ to be built onstage measuring 40 meters wide and 15m high, which could receive video content as well as physically enlarge the whole space, adding a sense of scale and perspective that was completely unique from every different viewing angle around the venue.

In the centre of this – upstage – was a single 42 square metre block of hi-res 3.9 mm Unilumen LED screen for showing standard IMAG footage, which raised and lowered for artists entrances / exits. Below this was a set of right-angled stairs fitted with strips of Schnick Schnack LED.

A house band were located on risers either side of staircase and backed most of the artists, a concept that worked very well and enabled the action-packed line-up to change-over quickly and efficiently.

Painting with Light provided a d3 technologies 4x4 pro media server to run ambient content for the set video, with all the materials created in-house and bespoke for this Schlagerfestival. The idea worked beautifully on the low res surface, turning it into a living, breathing kinetic sculpture.

Supporting this vast interactive piece of video art onstage, lighting needed to be powerful and precise.

Luc and the team used around 170 moving lights – 95 x Clay Paky Mythos, 48 x Sharpy Washes and 21 x Vari*Lite VL3500 Spots - which were dotted over an over-stage network of trusses installed in the roof, with some fixtures strategically positioned on the stage floor . 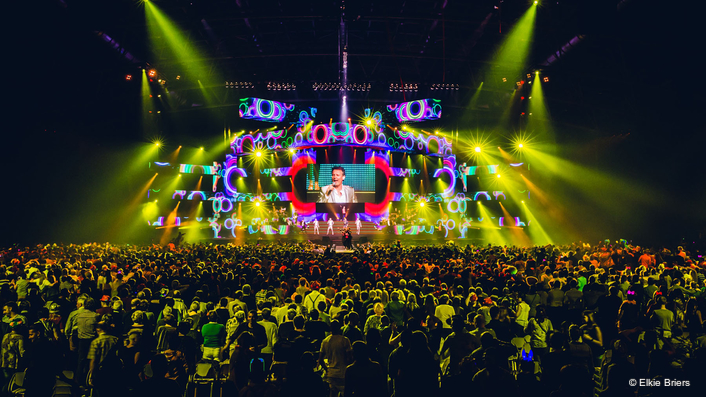 The rig also featured 120 LED PARs – in traditional bar-of-six format - to provide the base washes and highlight the set structure.

To enhance all the audience interaction were over 50 blinders, a combination of 1 and 2-lites, while four Robert Juliat Cyrano follow spots positioned around the arena helped pick out the stars.

All lighting and playback video was run from one grandMA2 full size console run for the show by Leon Driessen and the video was operated by Jo Pauly of Visual Solutions. 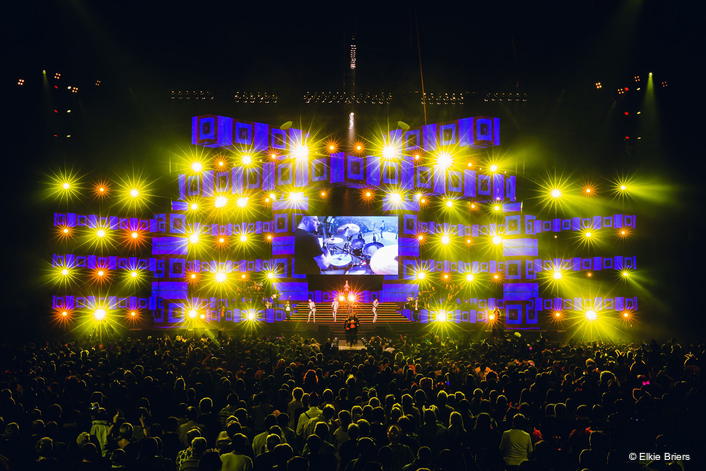 In conclusion, Luc comments, “It was really exciting to be able to re-imagine this event and create something completely new and different this year, as well as to work with producers who appreciate how investing in excellent production values adds so much to the overall audience and artist experience”.