Painting With Light Sings That Song! 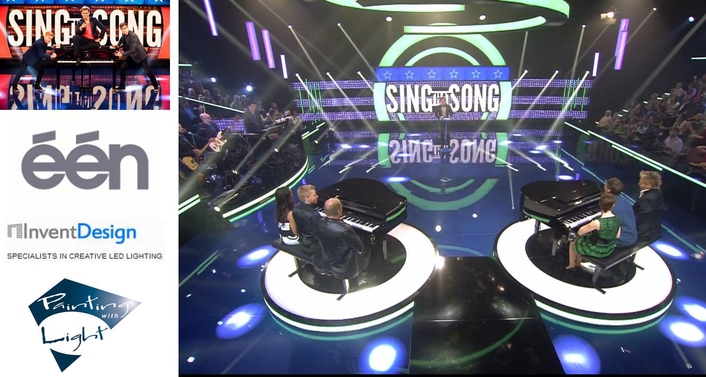 Recorded in front of a live audience and presented by Peter Van de Veire, two teams comprising a piano-playing captain and two singers – some very well known – battled it out with their musical knowledge, improvisational skills and talent.

The overall stage design followed an international Sing That Song format with two pianos centre-stage and six screens upstage which displayed song titles – then performed by the teams.

It was the first time that Peumans has lit the show, directed by Ruben Braekvelt and Johan Verstuyft, well known as the country’s most prolific music TV directors. He was brought onboard by the producers to help give the show a fresh, new contemporary look and worked closely with set designer Laura Vermeylen - who also works extensively in this genre of TV.

They made the initial decision to incorporate LED technology in the set. "This was to bring a clean, colorful and stylish look to all the different camera angles but without being too busy," commented Peumans.

At the back sides and extending all around the stage was specially structured Plexiglas with a series of individually pixel-controlled LED strips behind, custom designed by Peumans for this show and manufactured by Inventdesign in Amsterdam. 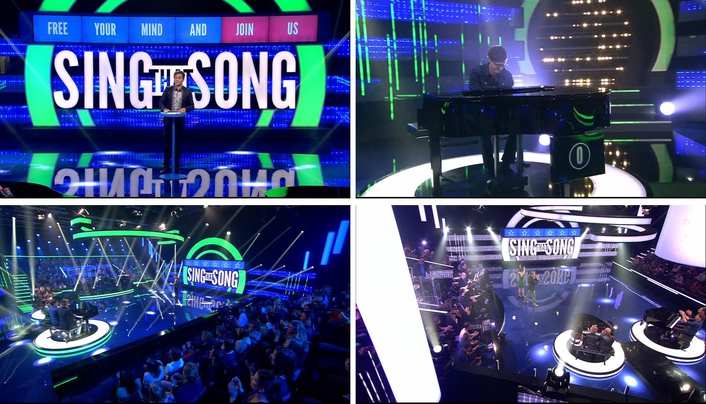 The set LED lighting alone consumed 30 DMX universes and was controlled via a grandMA2 console.

At the back of the stage were curved scenic  arches internally lit with more LED strips - not individually pixel controlled - and behind the arches were 70 x Barco MiStrips orientated in the opposite direction to the LED strips behind the Plexiglas.

The pianos were both on light-box platforms under lit by more DMX controlled LED strips. "This was a simple idea which really worked well in making the pianos central to the action," explained Peumans. "The key was using all the LED sources as highlights  and atmospheric enhancers, rather than them becoming distracting or too dominant".

Graphic content for the gaming screens was also programmed by the Painting With Light Team, using Widget Designer technology on their Coolux Pandora's Box media server, which stored the relevant material and the general video content driving all the LED light-sources in the studio. The gaming elements were MIDI triggered via the grandMA2.

This latest edition of "Sing That Song" ran for 13 weeks in a Saturday evening prime time slot, and the new look received much positive feedback, leading to the commissioning of a special New Year’s Eve show.