Painting With Light at the MIA Awards 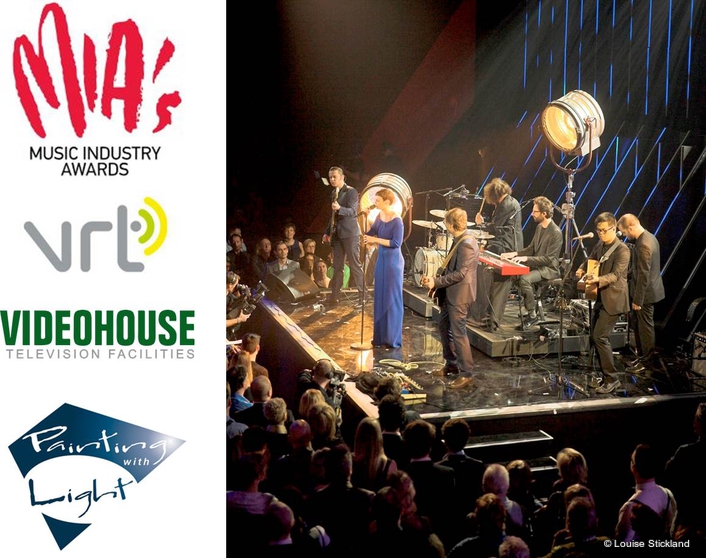 .
The glitz, glamour and red carpet action was out in style at the 2013 Music Industry (MIA) Awards show in Brussels, lit for the first time by Luc Peumans of leading Belgian creative practice, Painting With Light! The show was produced by Flemish national TV channel VRT (Vlaamse Radio en Televisie) in Videohouse Studio 7 in Vilvoorde (Brussels) and broadcast live.

A further 800 audience crammed into the studio to experience the excitement first hand, with all the stars, nominees and their entourages right there in the Green Room in the middle of the studio. They watched nine dynamic live performances and saw eight out of the twelve 2013 MIAs presented during the evening.

Peumans – known for his innovative lighting and visual designs in the genres of theatre, TV and music as well as architainment - has worked on other VRT programmes including Sing That Song and the Junior Eurovision for several years. This year, they asked him to add his flare and imagination to the high profile MIAs.

He took the set designed by Laura Vermeylen as a start point. The lighting design also had to be created in tandem with the requirements of the Eurovision selection series which is following for four weeks, utilizing the same stage elements.

Other challenges included the pace of the MIAs – with three stages,  multiple changeovers, plus the Green Room which needed special lighting treatment, and the audience - he needed lighting instruments everywhere in the studio! Luckily the large trussing grid permanently installed in the roof helps this process. 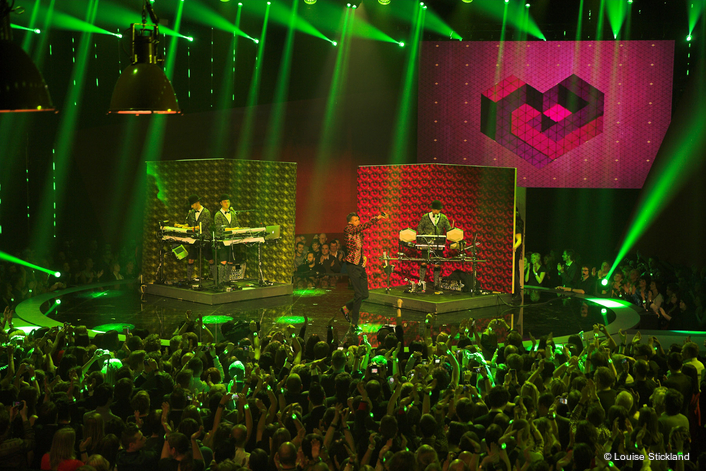 Two special curved trusses were installed above the main stage made out of straight runs joined by special couplers so they could be orientated vertically and / or horizontally simultaneously.

These were on a Kinesys automation system and moved in and out constantly during the show as the set and scenery was changed.

Also on Kinesys points was the 7 metre wide by 3.5 metre high 2.5 mm HD LED video screen which moved up and down; the rear follow spot cradles, so they could be moved to stay in alignment with the back trusses; and maverick Belgian rock band Clouseau had five large balloons flown on Kinesys motors which were inflated and used as projection surfaces during their set.

Using Kinesys in this way gave the creative team the super-quick adaptability they needed to make this show rock!

These were mounted all around the studio.

On the two curved trusses at the back were 35 of the multi-functional Pointes used as  the main effects lights. Also on these trusses were 21 x SGM X5 LED strobes which Peumans also finds very versatile and easy to control – not to mention less power hungry! 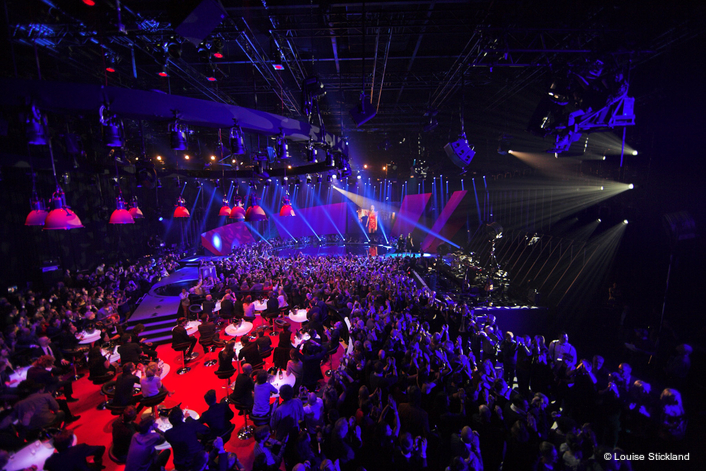 Directly above the main stage area were two sub-hung elliptical trusses. Rigged onto the larger one of these were another 16 x Pointes and 16 x LEDWash 800s and a splattering of single-cell Moles. On the small ellipse were 32 x SGM SixPack LED battens giving a nice shaped array of LED fixtures.

All the main stage key lighting was achieved using the V*L3500 Spots which were strategically placed around the studio. 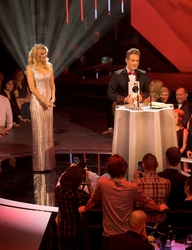 For the smaller B stage, at 90 degrees to the main stage, 18 x V*L3500 Spots formed the back lighting arranged in a 4 x 3 matrix of fixtures, together with nine LEDWash 800s in a similar pattern of 3 x 3, which utilized for side and audience lighting.
To add some classic and scenic lighting elements, three massive 5K Molebeams on floor stands brought a flourish of retro Hollywood to the stage for Hooverphonic’s performance. They made a great finishing touch!

Riffed all around the studio for décor lighting and filling any gaps were nearly 300 Showtec P25 Pixel Strips, used to create fabulous liquid / movement effects which were  in the background of most camera shots. Apart from being brilliant eye-candy, they also helped give the show a signature visual look.

Above the spherical Green Room area was a circular truss, and on this lighting all the celebrities were 48 x Showtec M1000 RGB LED PARs. Adding further scenic interest and lighting above were nine red Mole Richardson Scoop lights, which looked great on all the crane camera shots and swoop-ins as well as providing fill lighting for the area.

All lighting was controlled via a grandMA2 full size programmed and run by Painting With Light’s Paco Mispelters, with a grandMA2 light running as ‘hot’ backup.

The Painting With Light team also included Niels Huybrecht who controlled all the video – VT clips and ambient content – going to the LED screen via one of their Coolux Pandora’s Box media servers, and the Kinesys operator was Chris Huberland.

Peumans was extremely pleased with the results which brought a fresh new look for this year.

“It was challenging to ensure that everything was lit well throughout for every different camera angle and that all the artist performances looked individual and different. Dealing with very tight changeovers meant we all had to be on our toes the entire time and work as a tight and integrated team … which was great – that’s what we do!”

He adds that they really enjoyed working with Stromae, the über-cool hip hop electronica singer /songwriter who performed two live sets and has a real eye for detail when it came to his lighting and visuals.

Stromae was also the hero of the evening! He won an incredible eight Awards - in every category in which he was nominated  – a MIA record! His accolades included for Dance Artist, Solo Male Performer, Pop Performer, Album, Composer, Artwork, Video Clip and Hit of the Year for “Formidable”!

To see some videos from the show, check : http://mias.een.be/videos