Painting With Light Goes Platinum With Holiday On Ice 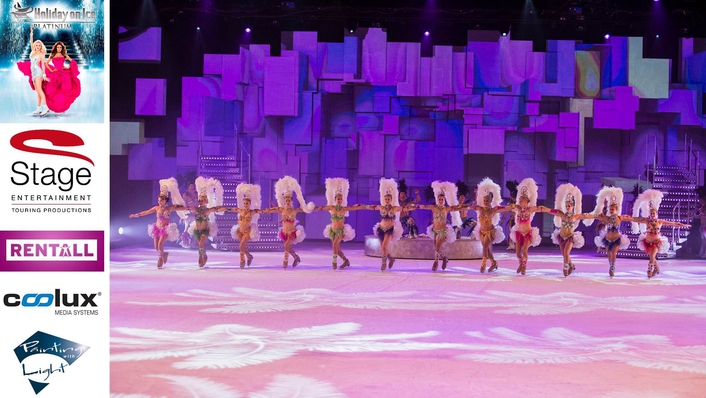 .
Celebrating its 70th anniversary with a brand new ice spectacular, ‘Platinum’, the high speed grace and drama of Holiday on Ice hit the road for two years with a stunning lighting and video design crafted by Luc Peumans of Belgium based creative media practice, Painting With Light.

Peumans has worked on all the world leading Holiday On Ice shows since 2005 – apart from the Russian editions –for producers Stage Entertainment Touring Productions.

Well known for their high production values, with Platinum as no exception, the highly acclaimed spectacle features Artistic Direction and Choreography by skating aficionado Mark Naylor and set and costume design by David Shields.

Video
The main challenge for Peumans and his team was that the show had to fit into six trucks, and that was his starting point for the video based set. 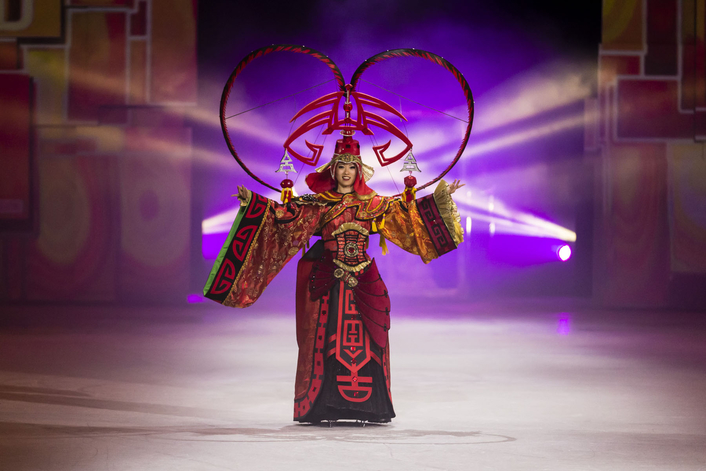 Using digital scenery means the recreation of complex scenic and locational settings can be produced relatively straightforwardly - and without the need for bulky sets - saving hugely on truck space! Projection also gives enormous latitude for dynamics and flexibility within the performance.

There are two primary areas of projection in Platinum, the 22 metre wide by 7 metre high back wall and a 30 x 16 metre area of the ice, of which the back wall is 3D mapped and the content fitted exactly to the surfaces.

Six Barco projectors are used in total – two HDF-W26s to cover the back wall and four HDX-W20-Flexes for the ice. These are all rigged on trusses in the roof grid which is constructed from a Eurotruss pre-rigged system – with all the lighting fixtures mounted in the trussing for quick deployment and expedient transportation.

Peumans and his visual team from Painting With Light, including Content Designer Michael Al-Far, received the show script from Show Director Mark Naylor and Co Director Edwina Cox and then they all worked closely on developing the storyboards over an evolutionary period of around four months.

All the resulting content is stored on and replayed from one Coolux Dual Pro media server and a Media Manager Pro, plus a fully redundant backup system. All programmed by Katleen Selleslagh

Lighting
Lighting fixtures are rigged onto five overhead trusses plus two side trusses and one FOH / advanced truss. Lights are also placed  around the perimeter of the ice.

Peumans chose an all Martin moving light rig. He was interested to put the MAC Vipers through their paces, and these were supplied by Rentall / Focus Showequipment, a dry- operation from Bemmel in The Netherlands with a large stock of Martin fixtures. 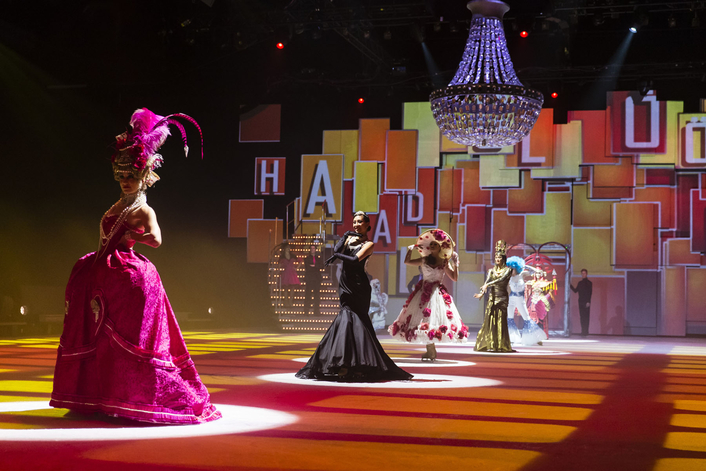 The rig includes 32 x MAC Viper Profiles and 31 x MAC Viper Wash DX s. Peumans specifically wanted the Wash DX fixture for its shutters, which allow him to accurately frame different areas of the performance space and neatly extend the colouration of the projections out to the edges of the ice.

Thirty-Two Martin Rush Beams are used around the ice and there are also 32 MAC Aura LED washes with top hats on the rig.

Six specially modified MAC 3 Profiles are used as follow spots – Peumans is a great advocate of customizing moving lights for use as precise and accurate follow spots that match and compliment the light properties of the  main lighting system perfectly.

Three enormous chandeliers which fly in and out during the show are lit with  16 x Showtec Chameleon 18/4 RGBW LED PARs, which are also used for a number of other set pieces and impressive props.

All this is run from a grandMA full size console which was programmed by Paco Mispelters during the production rehearsal period in Utrecht and Grefrath.

The treads of two large mobile staircases are outlined with over 1000 SGM LP700 individual pixels which are also mapped so video content can be run through them to match footage appearing on the back wall and / or the ice.

Also under the control of the visuals department  are a series of LED strips embedded into a piano set piece which then transforms into a funky all-singing-all-dancing DJ booth. 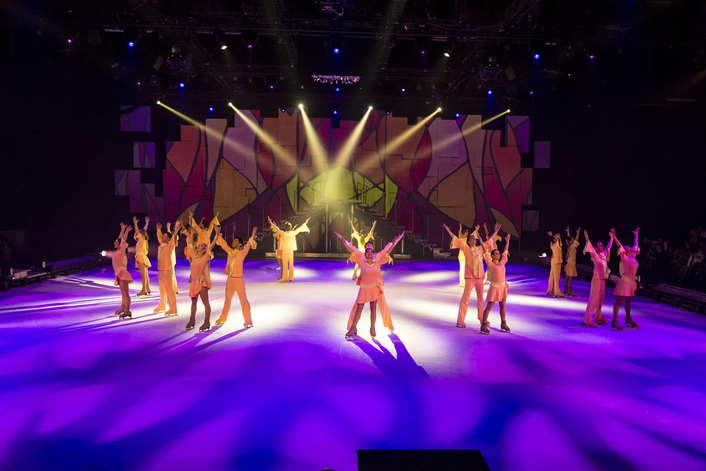 In another part of the show, 12 girls wear ‘pixel costumes’ featuring a stunning plexitube ‘plumage’ at the back which is full of pixels. These costumes were specially designed by Peumans and fabricated by Amsterdam based Invent Design.

The pixels for these various pieces are controlled through seven wireless DMX universes using a W-DMX system, in addition to the 15 wired universes used for the rest of the lighting.

Design
Peumans comments that designing both lighting and video together as one integrated ‘visual media’ platform made things infinitely easier to integrate. 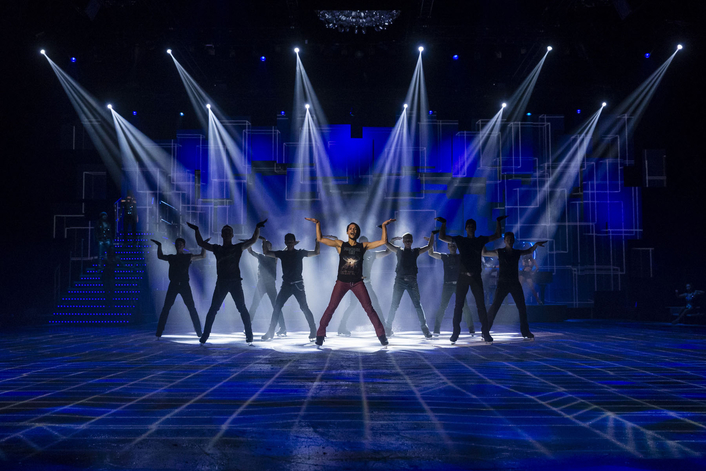 “The key is getting the balance right between lighting and projection,” he explains. “It’s a tricky task to ensure that the skaters are very visible … while the projection has maximum impact,  but having control of both areas and a bigger picture overview is the best way to really harmonize this”.

Once the projections were settled he found that adding light in the right places and from the correct angles greatly enhanced the whole three dimensional appearance of the set and performance – an “Intricate and intense” process that has produced breath-taking results”.

Platinum continues to tour in Europe until 2015.