The winners of the 2018 ‘Opus - German Stage Award’ have now been chosen. The winning projects are ‘THE ONE Grand Show’ in the Friedrichstadt-Palast in Berlin and ‘The Blossom Tour’ by the German pop group Milky Chance. The Opus is awarded annually and honours exceptional achievement in theatre and stage production. The award ceremony will take place on 12 April, as part of Prolight + Sound, the international trade fair of technologies and services for entertainment, integrated systems and creation.

Even before the world premiere in October 2016, the revue at Berlin’s Friedrichstadt-Palast had set a new record for advance ticket sales. ‘THE ONE Grand Show’ transports the audience into a world of dreams between past and present, as it describes the story of a young man in search of the one person that is to mean everything to him. 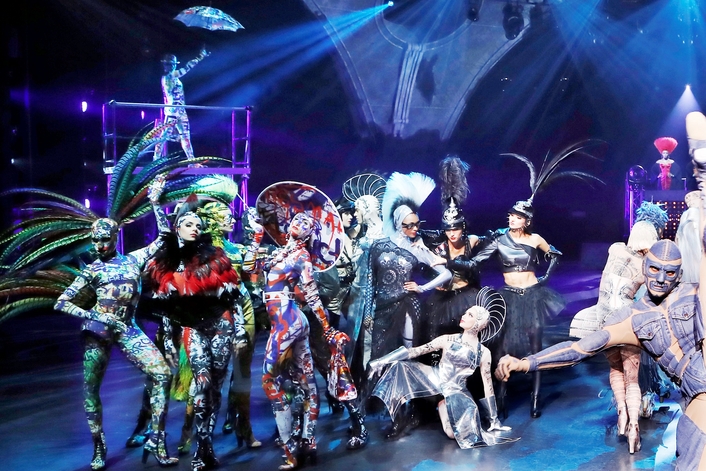 The show attracted huge attention in the international theatre world as a result of the collaboration with French celebrity designer Jean Paul Gaultier. Over 500 opulent costumes create a sea of impressions and colours on the largest theatre stage in the world. As well as the impressive choreography, with dance, music and song, the Opus adjudicators were particularly taken with the technical sophistication of the staging. The most striking element of the stage set are four three-dimensional decorative features, whose surfaces, full of see-through holes, evoke the dilapidation of an ageing theatre auditorium.

As well as serving to provide traditional lighting effects, they are also available as projection surfaces and for through-lighting, so that they create a sense of solidity without impairing the propagation of sound. Equally impressive is the show deck, which is made up of curved, moveable sections on rails, and enables the stage floor to be ‘taken apart’. In addition, the staging, by producer Dr. Berndt Schmidt and stage director Roland Welke, won particular praise for the creative use of special effects, such as black light, fire, water and mist.

Although Milky Chance is still a very young band, the two musicians from the German city of Kassel have already won 25 gold and platinum awards and achieved great success on the international charts since 2013. They have developed their own special sound, which they play at successful concerts around the world. Fully in keeping with this, their performances on ‘The Blossom Tour’ are visually underscored by extraordinary and individual stage and lighting design. Despite a limited budget and great logistic demands, the result is a show offering a high degree of flexibility with reduced means, together with intensive and exciting images that blend with the music to form a single entity. 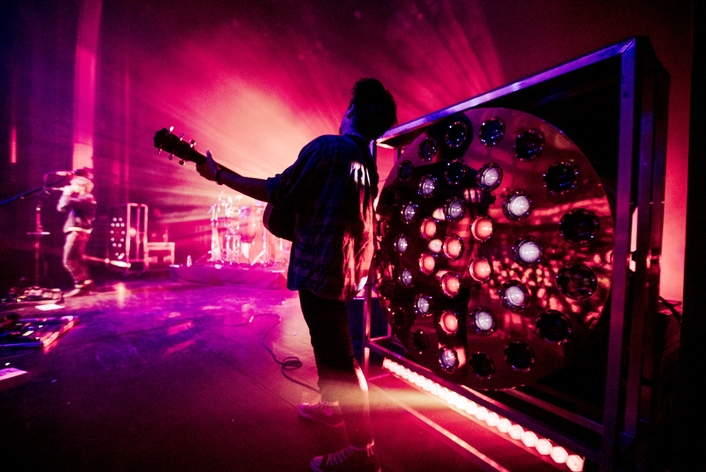 Inspired by the cover motif of ‘Blossom’, the second Milky Chance album, moving copper elements form the focal point of the stage design. However, they are not only design but also lighting elements. Hence, an infinite variety of lighting scenarios can be created by both controlled artificial light and the random reflection of daylight on the metal surface. The entire design is so well thought out that it not only fits in the trailer of the tour coach but can also be transported in a universal car-cargo container for the band’s numerous overseas appearances. The entire show is the work of designer JoJo Tilmann, who has been a key player in the German and international touring business for many years and is also a successful lighting artist.

The Opus has been given for outstanding stage projects during Prolight + Sound since 2002. A jury of experts from the industry, associations and trade publications, as well as representatives of Messe Frankfurt, honours new, exceptional approaches to the creative use of technology. The honorary award is sponsored by the Professional Lighting & Sound Association of Germany (Verband für Licht-, Ton- und Veranstaltungstechnik - VPLT), the European Association of Event Centres (Europäischer Verband der Veranstaltungs-Centren - EVVC) and Messe Frankfurt GmbH.