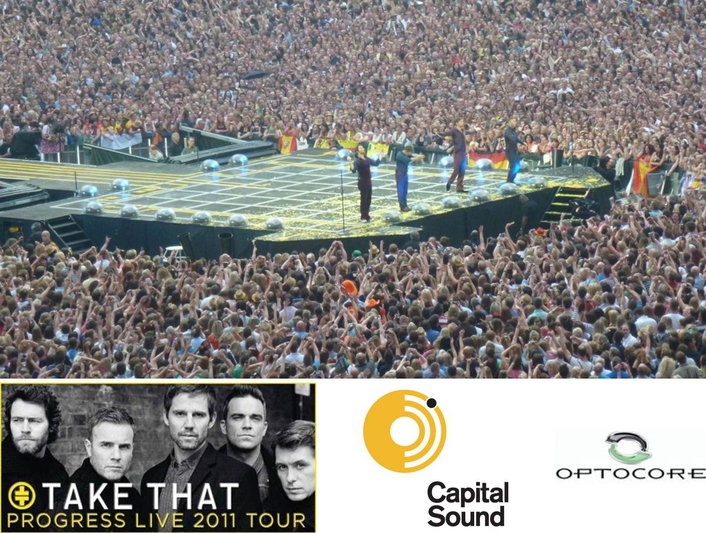 Vast distribution over fibre to feed stadium ‘ring’ loudspeakers
When Capital Sound technical manager Ian Colville and Take That’s experienced system designer and audio crew chief Al Woods set about investigating a fibre system for use on the band’s current Progress Live 2011 tour, it was in view of the huge distances the signal would need to travel to the delay positions on the stadium roofs.

The idea of a ‘ring’ system (to avoid the sightline-obscuring use of delay masts), had been floated by production manager Chris Vaughan. “We wanted to use AES to transfer the data and audio but knew that copper would not carry it over the vast distances required,” acknowledged Woods. “After putting together the spreadsheets for cable runs it became apparent we needed to pay attention to the method we used — with such runs up to 200 metres reliability became our main concern.”

In fact they dispensed with other options after carrying out ‘real world’ signal transport tests using AES over copper and RS485 — which revealed either signal degradation or the presence of hums and buzzes — while the analogue path would have exposed them to different local power sources. Thus Colville and Woods co-designed an Optocore solution — a platform already familiar to Al Woods.

The company invested in eight 16-channel X6R-FX network converters — which they knew would form the basis of core system for future work, while Optocore dealers HD Pro Audio supported the company for this tour with the loan of four further systems which the company’s Optocore specialist Andy Huffer and Ian Colville designed into a workable system.

Each ring amp rack receives an AES feed into an XTA DP226 processor, each of which has a bespoke preset for each venue, while the sixth output on each processor is full range. “We are using this to feed further XTA units when we are using more than one amp rack per hang.  We have had to take into account latency between XTA units and this has been compensated for within each preset,” explains Woods. “Damion Dyer (my ring delay racks man) has worked out this system so we never have to patch within the racks — simply put the right ID rack in the right place, recall the correct preset and it works. It’s taken Damo and Ian [Colville] a lot of time to figure this out, and it really makes it simple to set up.” 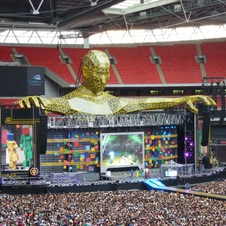 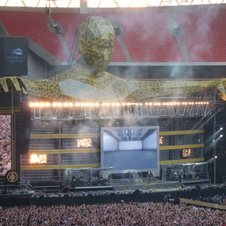 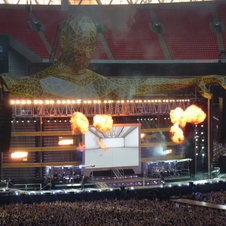 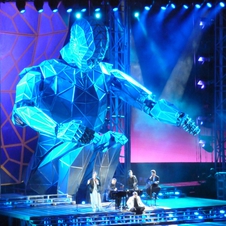 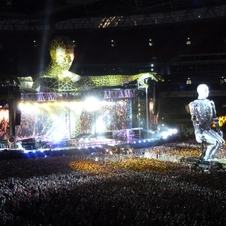 The Optocore forms a complete loop around the stadium carrying AES signal and RS-485 data. Says Al, “I can interface and talk to my racks via Audiocore. I do an extensive walk round during each show every night. I have a fully wireless system (tablet and RTA mic) — and with these tools I can EQ and change any component in the system.”

“The Optocore and the 5 GHz wireless system make this so unbelievably easy it’s pretty much real time,” declares Al Woods. “So I have no excuses…. I can go anywhere and check the sound at each seat!

“Before the Optocore solution the data runs would have been unreliable, and prone to potential differences between power sources. In fact I dread to think how it would have been without this system.”

In summary, the system tech says, “Without a shadow of a doubt this has been the right way to distribute the audio and data for our ring system. All the delay systems need to be timed back to the main PA, so latency is not an issue. The audio quality is great, the data transfer fast and reliable. And as we are isolated between all rack positions we have no unwanted hum due to common earth issues and potential differences etc.”

As well as providing a rock solid solution he says the Optocore software is easy to configure. At the same time he gives the thumbs-up to Capital Sound’s decision to replace their analogue systems with fibre over time, and develop their new Optocore converters into dedicated returns systems.

Adds Ian Colville, “I’ve been looking into optical solutions for some time now. Optocore is clearly the market leader  — it’s an absolutely fantastic system, very easy to use and reconfigure, and everyone has picked it up very quickly.”