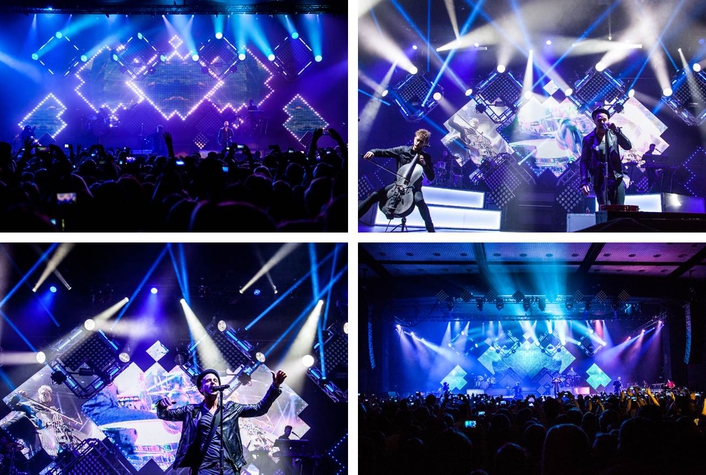 On this final leg of the tour lighting designer Chris Lisle has carried over a diamond-shaped theme from last year, which features trusses, video screens and even some of the same fixtures.  “The show has some big visual moments, so I had to come up with a design to meet that need,” he says.  “The band likes cutting edge, so using the latest technology is important to us.”

Programmer Scott Chmielewski notes that, “Chris always designs his projects with the artist in mind and tries to keep the focus on the music.  It’s important for him to make sure that the technology doesn’t overshadow the talent but still has the capabilities he needs.  This has been a very technology-heavy show, but it was used tastefully and was well in control.” 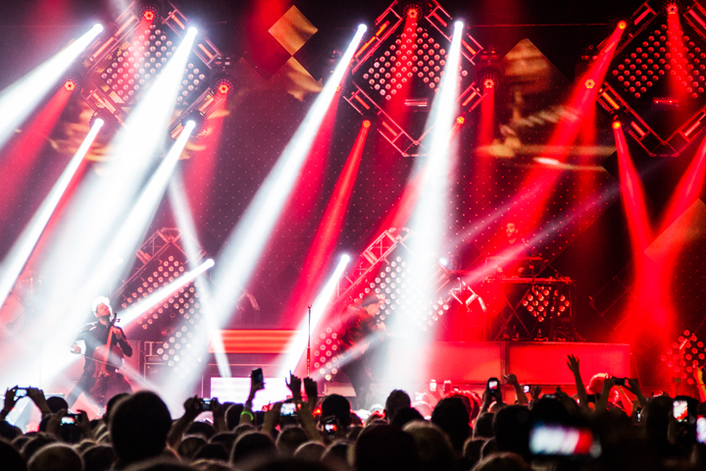 Lisle was introduced to the B-EYEs at LDI and “knowing the feel that the band wants in their show, it was a no-brainer to use them,” he reports.  “We used all 12 upstage on the diamond pods, both floor and flown, and facing directly out toward the audience.  They have so many tricks up their sleeves that I think we used them at just 50 percent of their capacity.”

He notes that the band was “amazed” to see the new B-EYE fixtures during rehearsals and immediately asked what they were.  Chmielewski says, “these guys have been around the world over and over again on countless shows and stages so you’d expect them to look past new toys like this.  But not this time!” 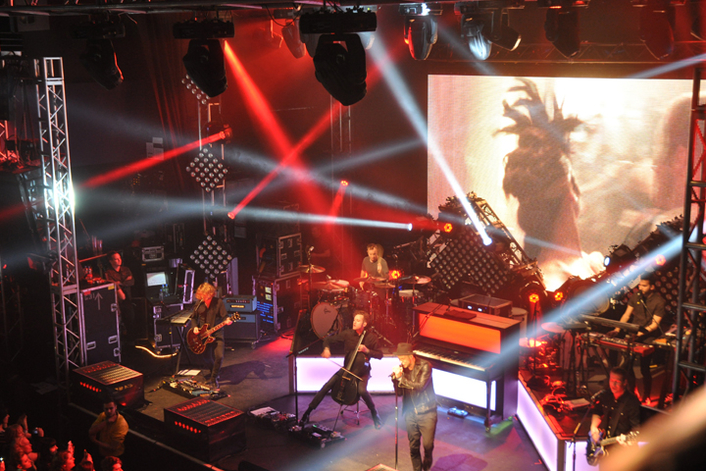 Lisle explains that he let “the fixture show itself off gradually throughout the show.  First it was just a wash light, then we added a couple of ‘inner/outer’ ring tricks, then a couple of ring chases, and ultimately the lens spin tricks toward the end of the show.”

Chmielewski likens the B-EYEs to a “firecracker – knowing that the fuse is always lit and about to go off.  For a portion of the show they were used as typical wash lights, but we were able to mimic the effect of every kind of traditional fixture from big to small and use the entire bag of tricks a programmer has with color, dimming and pan/tilt effects.  Plus, they added an entirely new set of looks that were quite literally the first of their kind.  As a programmer, I spent hours just exploring these new abilities and looks, and when we finally used them in the show they became the centerpiece of the design.” 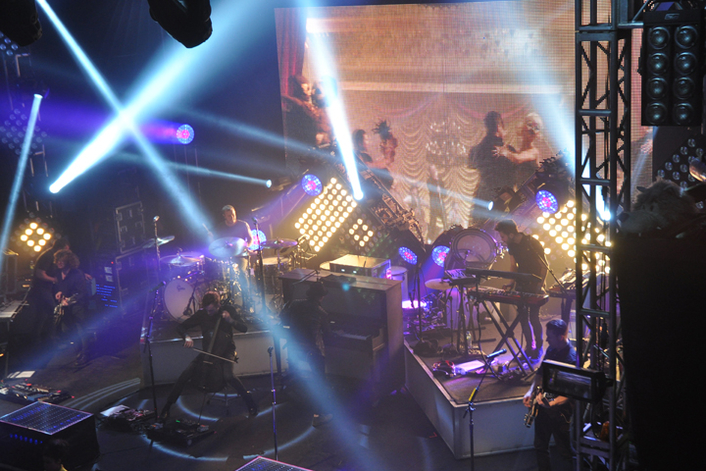 Lisle says that two weeks into the final dates for the tour the B-EYEs were working “amazingly well” and proving to be “a very solid fixture.”

“Through marathon programming sessions they didn't have a single issue, and we were really putting them through their paces,” Chmielewski adds.  “I was surprised to see just how few moving parts were involved in creating whirlwinds of amazing effects.” 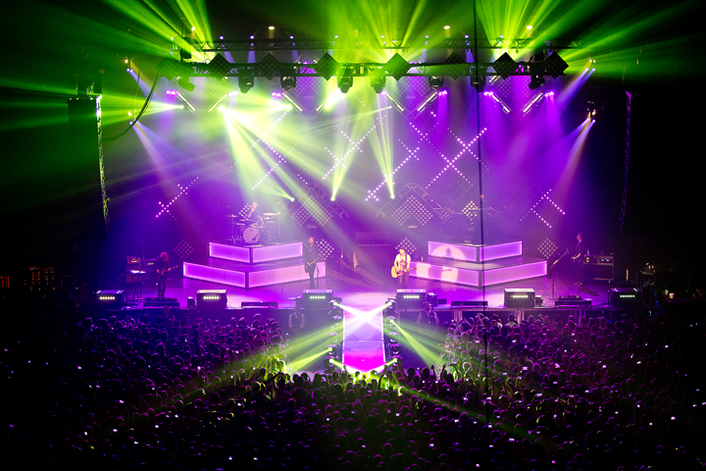 In addition to the B-EYES, 30 Sharpys were an integral part of the lighting design since Day One, Lisle says.  “I love the fact that they can punch through video intensity when needed.  They also gave us some great beam/aerial effects.  You can’t beat them for speed: They were super-fast for the ‘techno’ moments of the show.”

“The Sharpys were a perfect complement to the B-EYEs in the rig,” agrees Chmielewski.  “It takes a lot of power to compete with the look and brightness of a Sharpy, but the B-EYEs held their own.”

The equipment was supplied by Neg Earth, UK.

Pio Nahum, Clay Paky CCO, commented, “This is a very interesting tour visually and we’re proud to be a part of it.  The B-EYEs have been a big hit since they were introduced and the One Republic tour is a great example of what the fixtures can achieve.”