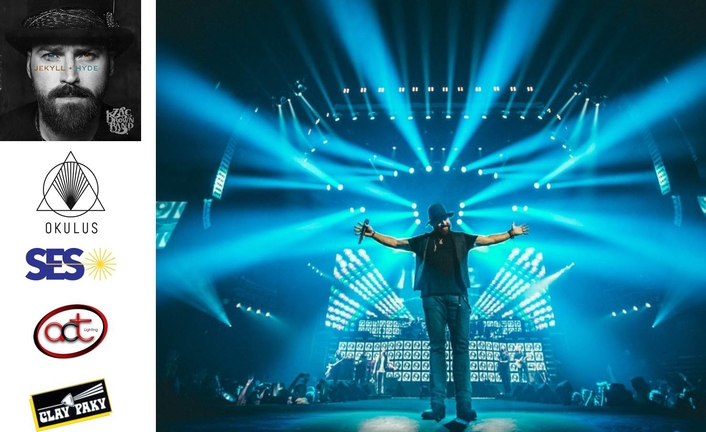 Zac Brown Band kicked off the tour, in support their album “JEKYLL + HYDE”, at the Bridgestone Arena in Nashville on May 1.  The band’s Grammy Award wins include Best New Artist in 2010 and Best Country Album, for “Uncaged,” in 2013.

With offices in Winston-Salem, North Carolina and Nashville, Tennessee, SES is marking its 28th year offering full production services, audio, video and lighting equipment.  It has been providing lighting for Zac Brown Band for more than five years. 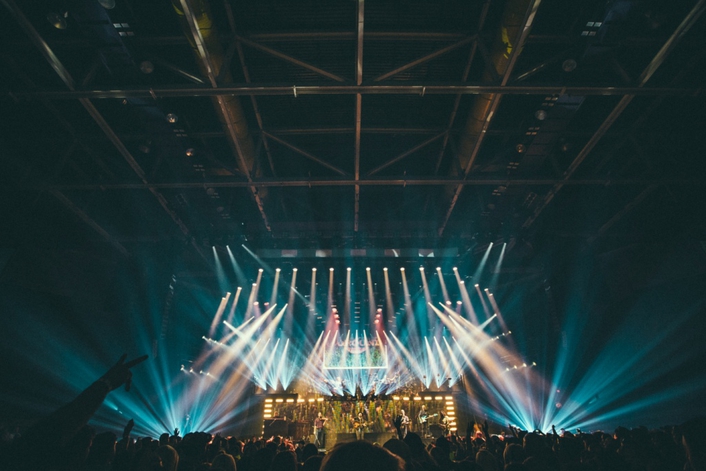 James Scott and Louis Oliver are cofounders of London-based Okulus, a show, lighting and production design group for live music and broadcast.  Okulus launched last summer, and its clients include You Me At Six, Chvrches, Passenger and Disclosure.  Scott was production designer for Zac Brown Band last year under the banner of Times Design Ltd.

The brief for Oliver and Scott for the JEKYLL + HYDE Tour was the band’s desire to use the vertical stage space.  “It gets boring, static standing in front of a mic stand,” says Scott.  “The band wanted to roam about the space, so we designed a multi-level set structure with stairs and ramps that enables them to vary the performance area.”

A 42x59-foot LED screen acts as a backdrop for both levels of the set displaying full-screen IMAG with PIP windows and video designed by Cameron Yeary.  “It’s one big canvas, the LED clad set blends in with the up stage wall,” Scott explains.  “Depth is achieved by the extensive moving truss system. Everything can be scaled and still maintain the design integrity of the production.  Depending on the venue, we can lose a level of the set without affecting the band, the lighting rig can scale down, the video wall is large, but built from touring frames allowing the video department to pick and choose which wall configuration to use, venue specific. .”

Oliver and Scott opted to use Clay Paky’s new Mythos and A.leda B-EYE K20 fixtures to give a fresh look to lighting the band.   The designers have mounted 25 Mythos on truss and staggered 18 more around the set, some in custom sunken cut outs around the drums and percussion area.

“Mythos is able to bridge washes, aerial fixtures and spot gobo fixtures,” says Jeff Cranfill, vice president of SES.  “If you have to do a show with just one light, Mythos would be a good choice.  It has a very nice bright beam of color in the wash mode, it does Sharpy-type effects for big aerials, and you can roll into a spot with gobos for a softer look.” 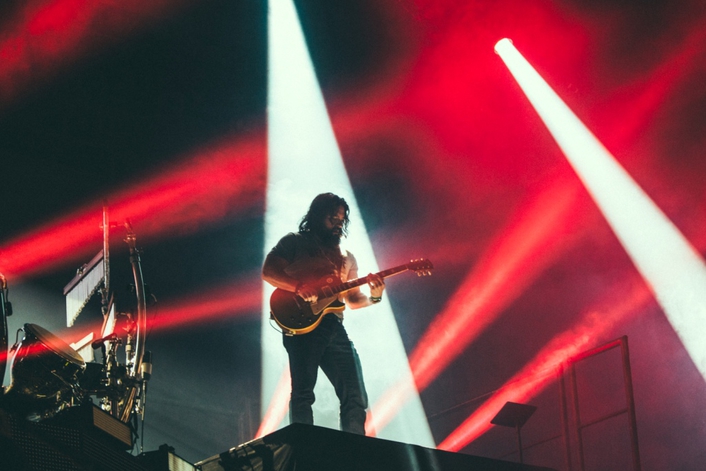 “Mythos does all that and more,” confirms Scott.  “Its versatility attracted us, and Louis had already used them on a UK Arena Tour earlier this year…  So we didn’t hesitate to add them to the rig even though they’re new to the market.”

30 B-EYE K20s, carefully integrated with Mythos, are hung on the moving trusses where they deliver “beautiful parallel beams in saturated and pastel colors,” says Scott.  “We also use beam shapers in key moments.”

“The B-EYE K20s are not just big bright LEDs,” notes Cranfill.  “They have a beautiful graceful beam, and I love how well the zoom works – you can transition smoothly from a very narrow sharp beam to a wide and even wash.  Their color mixing is superb: They make beautiful pastels and CTO-type tones.  And their effects take the fixture to another level.”

The band’s arena rig features 28 Sharpys, but that number doubles to 56 for stadium shows.  “We use them for accent and for extending the experience from the stage outward: Our 36-foot long thrust is lined with them,” says Oliver.

“Sharpys do a very good job of modeling the venue,” echoes Cranfill.  “They really frame out the set well.  Sharpys are low power, small, lightweight and fast so they’re a very handy fixture for giving a beautiful huge look.”

Oliver and Scott say that most of the shows they do in the US are with SES.  “It’s a refreshing experience working with a company so open to different ideas and how to better their systems,” says Scott.  “Jeff is really on top of his game and very enjoyable to work with.” 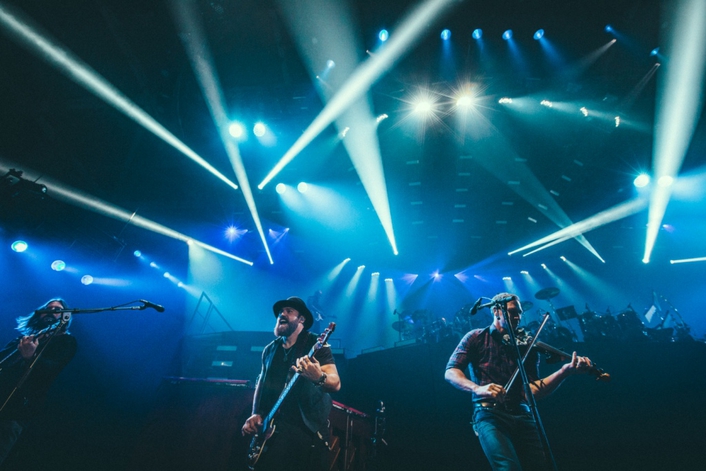 Scott also gives kudos to A.C.T Lighting for its “great support of all the best products.”

“Our hats are off to A.C.T,” says Cranfill.  “The product lines they distribute are the ones most people want – that’s very smart. Our customers guide SES’s choice of gear and those choices are mostly with A.C.T.  We can put an entire tour together at one place!”

Francesco Romagnoli, Clay Paky Area Manager for North and Latin America, added, “Another great tour coordinated by great partners: Okulus, SES and A.C.T.  We are so proud to be a part of it.”