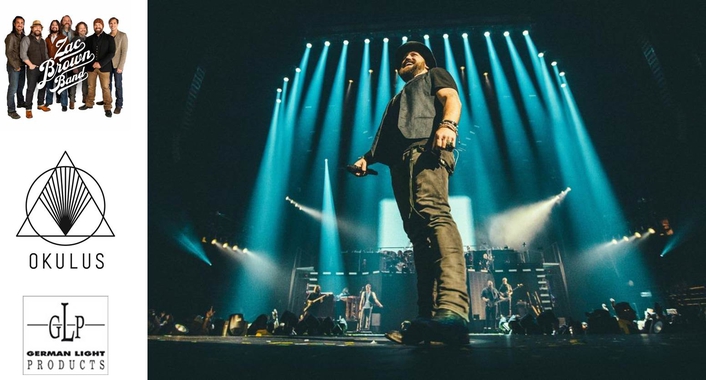 They were offered the role after James Scott had worked with Jim Brammer’s US production company Special Event Services on the 2012 USA tour for Ed Sheeran, and formed a close relationship. This resulted in Scott being put forward for the 2014 Production Design role for Zac Brown Band (under his former company, Times Design Ltd), and subsequently for this year’s tour, which coincided with the formation of the Okulus brand.

Scott has been a long time user of GLP’s popular X4 (19 x 15W RGB LEDs) and X4 S (7 x 15W RGB LEDs) moving heads; in fact they had been the sole fixture used on Passenger’s 2014 Whispers tour dates and had also played a heavy role in the 2014 design for the Zac Brown Band, while his Okulus partner, Louis Oliver, has used them as a touring LD at festivals.

Scott and Oliver first became familiar with the X4 after seeing the fixtures used on the 2013 Disclosure design by LD Will Potts. “We were blown away by the variation in beams that could be produced from such a small unit,” remembers James Scott. “We started specifying them on multiple designs and they have most definitely become a key player in our lighting tool kit.”
As a result of their versatility, he could immediately see a place for them on the JEKYLL + HYDE tour. “We have a full 60ft stage wrap-around gauze automation truss that totally closes off the stage … really theatre-esque,” he explains. “We needed a lightweight fixture that could be attached to the moving element of the gauze truss but needed to make sure that the fixture had a central movement pivot… so any movement wouldn’t cause issues with the high speed winches that suspend the trough for the gauze.” 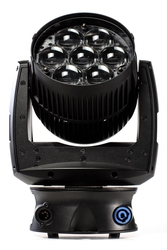 He has therefore deployed 32 of the heads — 20 flown on the gauze truss and 12 in lighting carts that backlight a 15mm digiLED blow-through video screen. Explaining the reason for the carts, he says is because they need to be removed as the video wall opens and closes for entrances and exits, and as an entry for props and special effects.

“In comparison to most other small LED driven fixtures, the X4 really wins in our books,” continues the lighting designer. “This is because you can define very parallel beams, with zero ‘fluff’ around the edges — and when you need to, you can fatten them out into a very even field wash, that, once you add in some of the internal macros for effects, and a little smoke or haze — can produce some really interesting effects.”

On Zac Brown Band's tour the X4 is mainly deployed as a tight beam “and in very bold focus positions”. One look that the band really loves is the straight down ‘caged’ look, reveals James Scott, adding that the stage design is based very much on what the band wanted: “Utilising the dead vertical space between the stage surface and the light grid … we went big, we went bold and it has seemed to work.”

The GRAMMY-Award winning, multi-platinum band itself has enjoyed enormous recent success, with JEKYLL + HYDE featuring two #1 radio singles and earning the band their third consecutive #1 debut on the Billboard 200.
The show has been designed and programmed by James and Louis while the touring lighting operator is Kevin Moore. 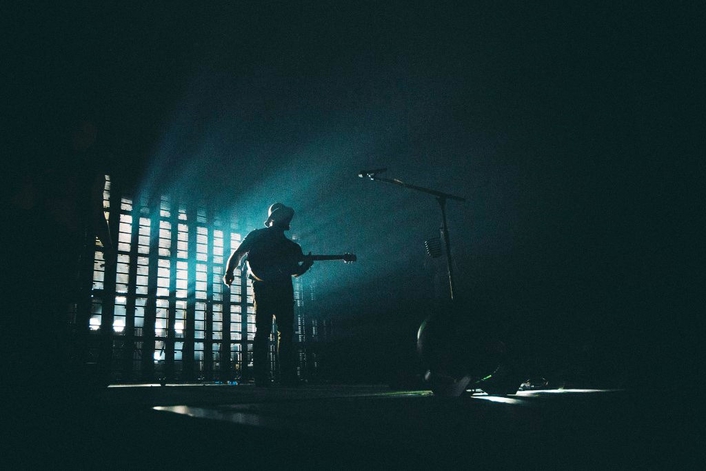 The two designers now have a very busy year in prospect with more shows for their regular accounts such as Chvrches, Disclosure and Passenger. And they see plenty of opportunity to continue using the X4 platform “particularly the small X4 S — as these fixtures are amazing for their size and punch.”