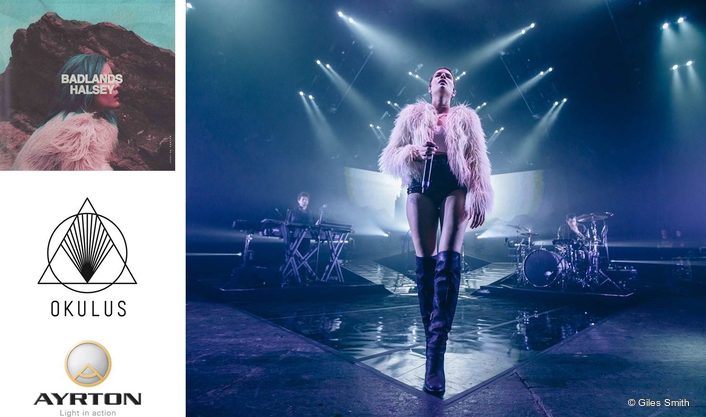 Creative Directors of production design company Okulus, Louis Oliver and James Scott, turned to Ayrton once again when creating an adaptable lighting design which could be modified to suit all of the venues in the European tour dates. The designers chose the clean lines and angular appearance of Ayrton MagicBlade™-R and MagicPanel™-R fixtures to illuminate Halsey’s performance at Brixton Academy in February which formed a key part of a flexible system that could be easily adapted for the whole European leg of the tour.

“Halsey gave us only one key item of direction, that she wanted a set based on ‘V’ shapes,” says Oliver. “We continued that visual element through the whole environment, starting with a V-shaped stage, three V-shaped upstage ramps, a V-shaped video screen backdrop and the whole topped off by an inverted V-shaped lighting truss arrangement which was angled forward at 45°.”

The lighting trusses were formed of three pairs of angled arms that sweep upstage, on which were rigged 36 MagicPanel-R units, grouped into multiple banks of three. The truss arms were also outrigged with 30 MagicBlade-R fixtures, which were evenly distributed along their length to outline the ‘V’ structure.

“We used the MagicPanels and the MagicBlades both as block light sources and for pixel effects purposes,” explains Scott. The MagicBlade-R units were used to accentuate the shape of the V trusses with their unique configuration of in-line LEDs, and to create mid-air patterns using individual emitters. “We used the MagicBlade-R’s 360° infinite pan feature on one number, Hurricane, where we programmed a slow infinite pan with a slow dimmer effect to create an almost tornado-like swirling effect.

“We used the MagicPanels in a rather different manner, effectively treating them as textural washlights with the capability of producing a lot of interesting patterns. We ran simple dimmer chases across the face of the panels during some numbers, or programming them as two groups with the inner and outer cells used to create different shapes, treating them as two different fixtures. We also pixel mapped the panels direct from the console, making use of MagicPanel’s 5 x 5 grid configuration to create patterns.” 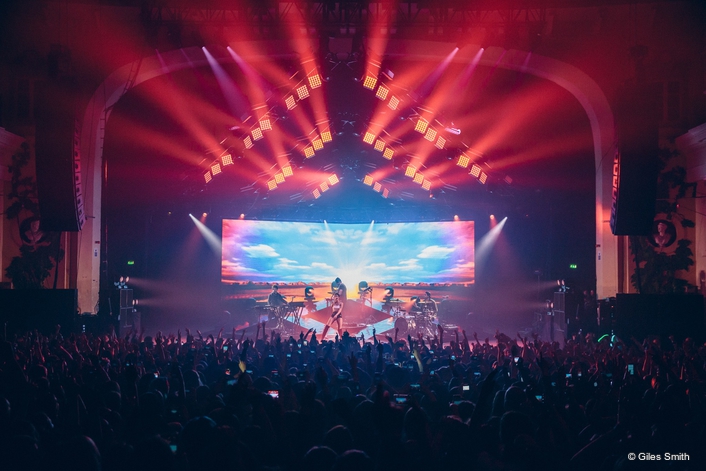 “We used all the Ayrton fixtures in the most extended mode which gave us complete control over every feature of the units, and access to all that these fixtures can do,” adds Oliver. “We prefer to do this rather than falling back on built-in effects as it allows us to develop our ideas with great precision.”

Scott and Oliver also chose to use the MagicPanel-R fixtures to light the audience. “Halsey loves to see her audience when she is on stage, so instead of going down the traditional Molefay route, and blinding the audience, most of our focus positions on the MagicPanel-R fixtures would bleed onto the front few rows of the crowd, this worked really well to achieve two goals: firstly it drew the audience into specific moments of the show and secondly, it gave our artist what she wanted - a visual connection to those for whom she was performing,” says Oliver. “They were perfect for this job.”

The show was programmed and time-coded on a GrandMA2 which was operated during the show by Mike Sheck.

“As lighting operator on the 2016 Halsey Europe Tour, I’ve learned the MagicBlade-R and MagicPanel-R introduce design possibilities that are unparalleled with anything else on the market,” says Sheck. “Having the ability to use bitmaps and independent pixel control of each fixture can bring a new level to your production. Another great feature to these products are the infinite pan and tilt abilities, and when used with the pixel control you can create unique looks and moments.”

Scott and Oliver chose MagicBlade-R and MagicPanel-R because they knew the fixtures guaranteed a big impact, even in small numbers: “The touring configuration was to be a scaled-down version of the Brixton Academy show, so we needed a design that would work in both scenarios and that we could replicate easily on tour. We have previous experience with Ayrton fixtures we knew they were both versatile and capable of delivering a huge variety of looks. The choice proved a great one and we were able to reposition the MagicBlades to line the top of the LED wall that replaced the V-shaped truss on tour.” 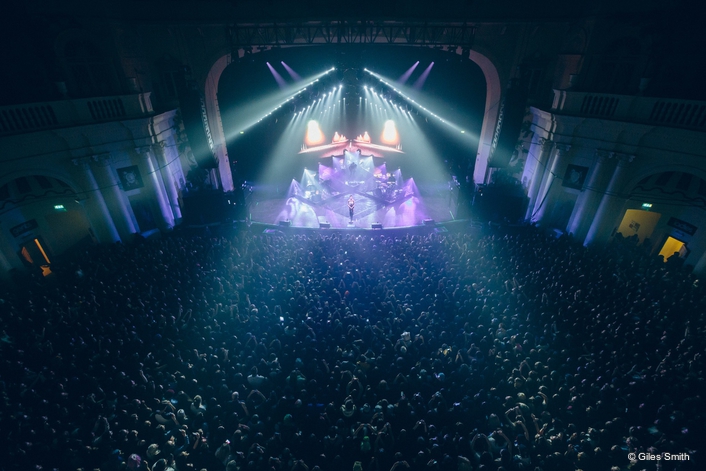 “The Ayrton lights are truly multi-purpose fixtures,” says Halsey Production Manager, James Sullivan. “The boys at Okulus got creative with the way they used the MagicPanels - less was more a lot of the time - and using only a few of the ‘pixels’ at a time looked very beautiful at Brixton.”

The Ayrton fixtures and all lighting equipment was supplied by Neg Earth, overseen by Amanda Liu and lighting crew boss Neil Johnson, for the European leg of Halsey’s tour which culminated in Paris in March.