Nothing Impossible for HSL with James Arthur 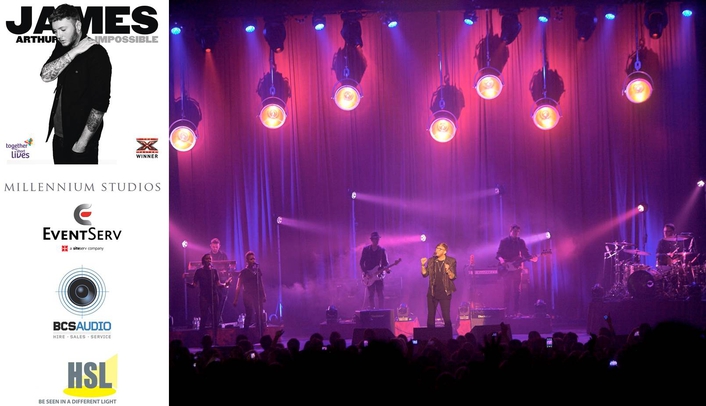 .
2012 UK X-Factor winner James Arthur has had a roller-coaster rise to stardom in the last 12 months, with his first full production tour kicking off two days into the new year complete with a stylish production and lighting design by Andy Hurst  and lighting equipment supplied by Blackburn based HSL.

Hurst took the 'less is more' approach to lighting the Impossible singer's show, which he programmed during production rehearsals at Millennium Studios in Bedford, working a discreet jazz clubby vibe blended with urban edge in to the soul orientated show. 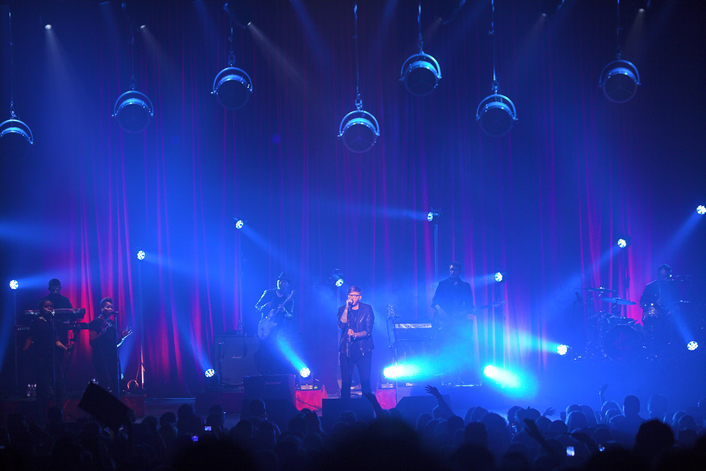 The stage visuals start with a sumptuous red velour drape upstage – supplied by EventServe Drapeage in Ireland - which sets the tone of the show, with the band riser skirts and front truss borders trimmed in the same material.

Lots of rich red and blue looks in the show complement the backdrop, together with a selection of warm pinks and purples and some fantastic tungsten and warm white scenes – white light is one of Hurst’s aesthetic trademarks.

In front of this, rigged on different length Doughty drop arms from the rear truss are seven Patten 2013 feature lights, their attractive dish like appearance bringing an immediate quirkiness to the stage. Some well positioned and focused Robe LEDBeam 100s on the floor and upstage stands were used to colour and precisely highlight the 2013 reflectors so they take on a pseudo-scenic role in the show. 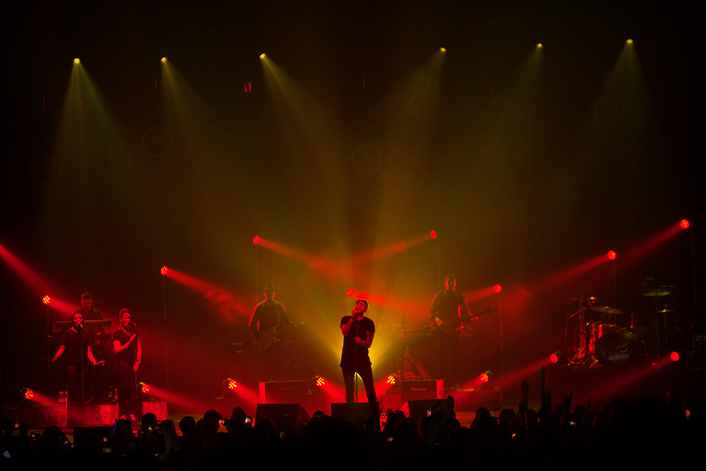 The basic lighting is spread across two trusses - front and back. One of the original aims of the design was also to keep it simple, straightforward and ultimately scalable so it was adaptable enough to look good in the different sized venues on the itinerary – a mix of  theatres, town and concert halls.

On the back truss are a mix of eight Vari*Lite V*L3000 Spots fir effects and beams plus Martin MAC Auras for wash fixtures. 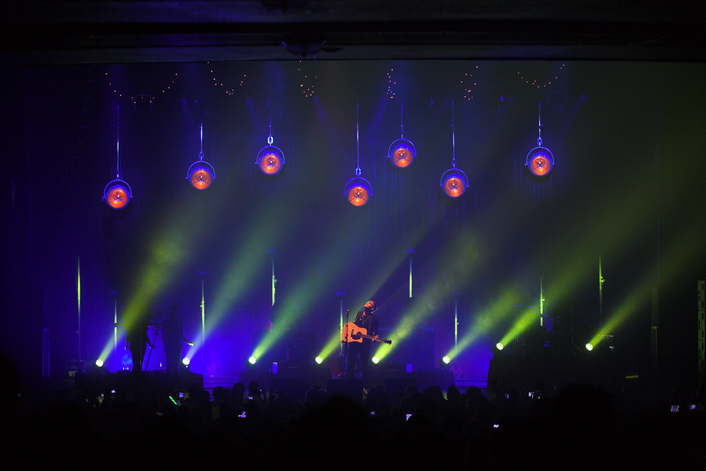 On the floor are the 17 x Robe LEDBeam 100s which are small enough to be almost invisible! Eight on the downstage edges of the four band risers, and the other nine are on the top of the variable height floor stand poles - which together with the drop arms are silver and bring a layer of architecture to the stage. The LEDBeam 100s are used for special focuses up onto the Patten 2013 reflectors and for back light for the band.

Four MAC Auras upstage right and left provide some low level stage and band washes and shoot up the drape, and atmospherics are provided by two of HSLs DF50 hazers.

There is a single V*L 3000 spot upstage centre for specials on James and a Robert Juliat Cyrano follow spot. 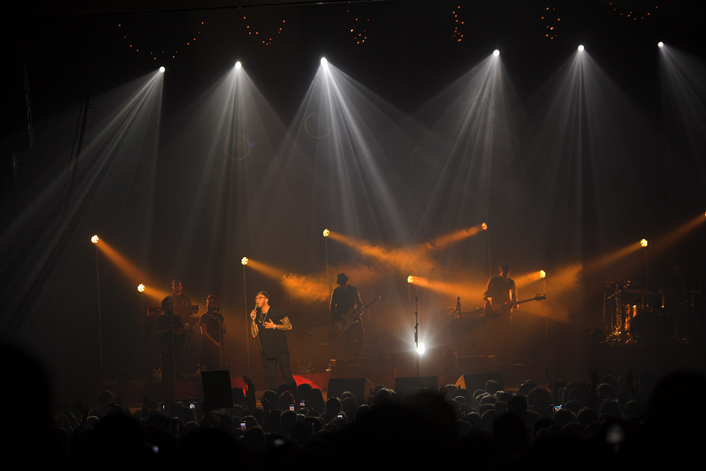 The expedient number of lights means that each fixture is fully and thoughtfully utilized , with Hurst making an excellent and fluid job of them going a long way as the set unfolds to the delight of James Arthur’s eclectic fanbase.

Andy Hurst comments, “It was really great to have the chance to create a theatre show of this style and size. I wanted to think ‘out-of-the-box’ and present a clean and well-defined preference space offset against some touches of off-beat with James right its the centre.”

Tim Fawkes is out on the road operating, using a Road Hog Full Boar console working alongside HSL technician Steve major.
The production / Stage Manager is Craig Sherwood and sound is supplied by BCS Audio.

Philips Showline SL NITRO...erfect for Diversity Tour
JLS Exit on A High Note with HSL
Clay Paky Sharpys Get in ...for Chase and Status Tour