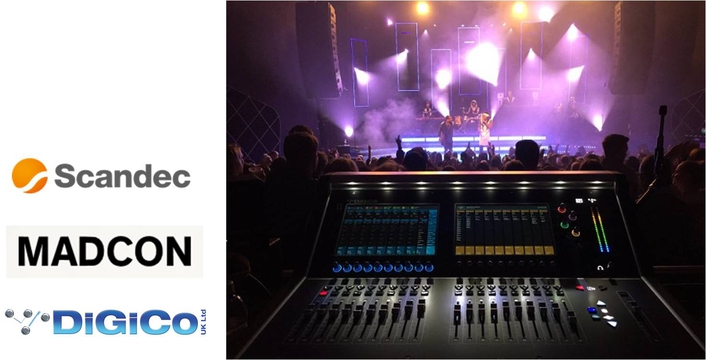 Monitor duties for Madcon are split between Fredrik Mindnes and Stian Sagholen, who are also delighted with the change to the S21.

Production company Showlab has worked with rap duo Madcon - known for hits such as Glow, Don´t worry and Beggin both in their native Norway and across Europe - for a number of years, supplying both crew and kit. Their European tour, which kicked off earlier in the year, took advantage of a new console set up for both Front of House and monitors, with DiGiCo S21s now residing at both positions.

"I was interested in trying something new for the 2016 Madcon tour,” says FOH engineer Borre Leinebo. “I first saw the DiGiCo S21 at ProLight+Sound in 2015, and I thought that it would be a great console for Madcon. Touring everything from smaller venues to larger festivals, a console with a small footprint was what we needed. Despite its small size, the S21´s two touchscreens make it really easy to figure out and navigate, and the sound quality is huge.” 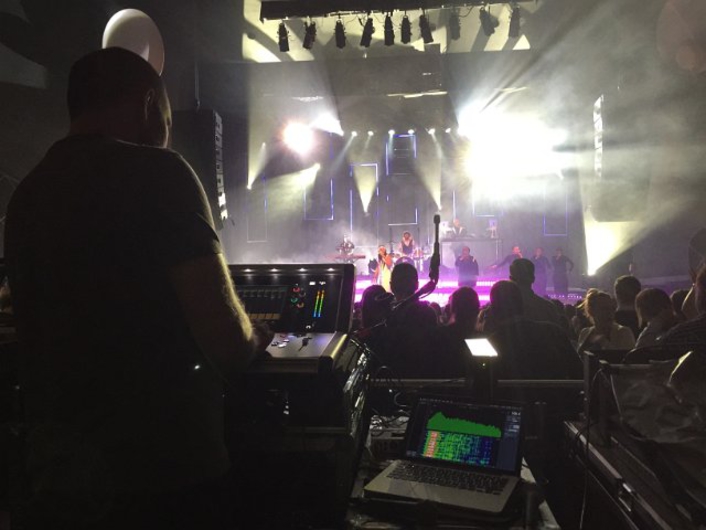 “A lot of the functions, such as the Aux Send buttons on the screen and the multi-touch EQ, makes operating the console fast and accurate,” says Stian. “I really like the built-in UB-Madi interface which, combined with the macro ‘Listen’ buttons, makes it easy to record, play back and make any final touches after the band has left the soundcheck.

“The monitor desk handles 36 inputs and 30 busses, including talkback/shout and internal routing, and a custom cue buss with ducked shout has been created from FOH. The small footprint and light weight are key features for using this console in a touring setup.”

“When we first got the S21s we didn’t have very much time for preproduction,” adds Fredrik. “Normally I prefer to spend a bit of time getting to know a new console, especially when it comes with brand new software. Luckily, setting up the console was remarkably easy. All its features are accessible without having to dig through multiple pages and menus. The dual touchscreens gives me a total overview and control of the show, and I can mix easily without my attention being taken away from the band on stage.

“I was also really impressed with the sonic quality of the S21. It sounds every bit as good as the SD series. After the first night the show was tuned in and I haven’t changed it since.”

“The console worked faultlessly, even when we were touring during the Scandinavia winter with temperatures far below freezing and then in highly humid in the venues,” concludes Borre. “There’s nothing else I can say about it, other than this is a really great console!"