No kind of trouble for grandMA2 on James Blunt 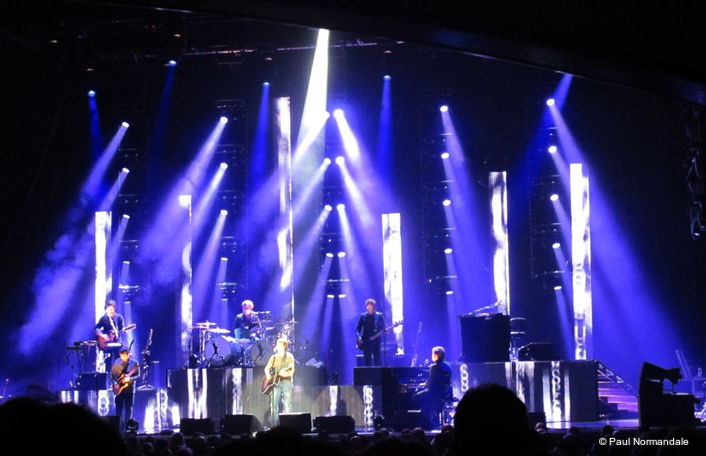 Lite Alternative delivered the lighting equipment
A grandMA2 light was chosen by lighting designer Paul Normandale and lighting director Glen Johnson for James Blunt’s “Some Kind of Trouble” 2011/12 world tour which has just kicked off in Europe. 2 x grandMA2 lights are on the tour, running in full tracking back up, with networking provided via 2 x MA NPU (Network Processing Unit).

The main reason that grandMA2 was chosen for this tour – apart from the fact that it is Johnson’s current console of choice – is that they are using the desk’s DMX merging facility to enable video content stored on a Catalyst media server to be run through 50 x Martin Professional MAC 101 LED moving lights and 24 x Sun Strip MR16 battens.

The grandMA2 takes in Art-Net from the Catalyst, allowing Johnson to merge four universes of DMX in the desk, and send colour and intensity information from the Catalyst out as standard DMX – via the MA NPU - to the 101 and Sun Strip. This allows these specific lights and six columns of Barco Stealth LED screens upstage to be perfectly pixel-mapped and run harmoniously from the same video triggers. The video content was specially created for the tour by film maker Julie Jacob. 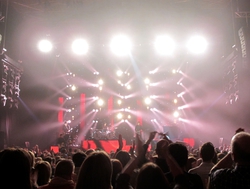 The video mapping is currently programmed into six songs, and Johnson also has the option of bringing up the lights as a layer on the Catalyst and applying clips to the lights almost instantaneously on the fly. He can also control all the fixtures as conventional light sources via the desk. This function of the grandMA2 came with the first release of version 2.1 software, and could produce exactly the effects that Normandale wanted for certain elements of the show. Apart from the DMX merging, Johnson likes numerous features of the grandMA2 architecture, and was one of the first lighting directors and programmers to take up the platform when it was launched in 2009.

He says, “grandMA2 light is a small and lightweight working surface with an extremely neat footprint and everything is laid out exactly as you would wish. The syntax is so logical that you don’t even need to read the manual – it’s extremely straightforward to programme and run”. He admits that he has never had to consult a manual for anything he’s wanted to do on an grandMA2.

And the Party goes on and on
A majestic show: grandMA for Kings of Leon
grandMA Joins Prince’s Welcome 2 America Shows