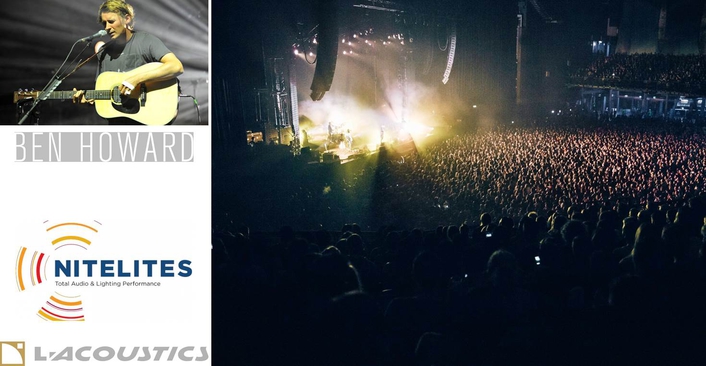 Horizontal directivity of K2 adapts perfectly to wide range of venues
Singer-songwriter Ben Howard’s UK tour is keeping rental company Nitelites on its toes; with a band full of studio engineers, there really is no room for error. “It’s good for us, because it keeps us sharp,” says Nitelites’ director Andy Magee, who has chosen a substantial L-Acoustics system to deliver the quality of audio his artists demand.”

The team at Nitelites met with tour production manager Chris Pollard, and it was agreed that an L-Acoustics K2 system would satisfy the criteria for nearly all the venues on the December tour. 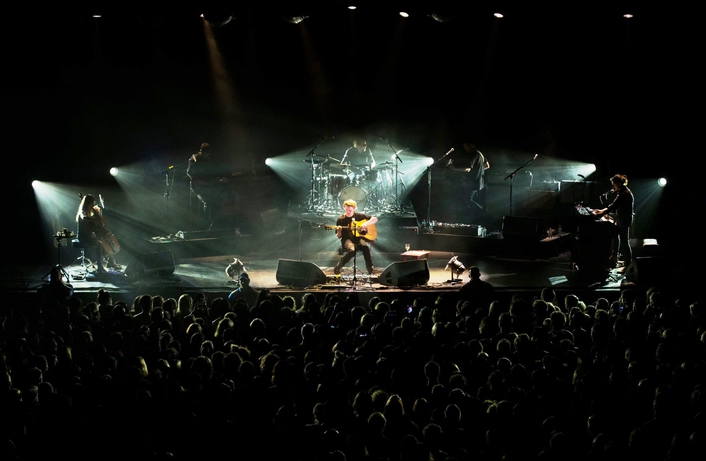 The general setup was 16 K2 deployed for the main PA, with K2 side hangs, a centre cluster of 16 or 18 SB28 subwoofers, ARCS II left and right ground stacked and Kara as fills. The main system was looked after by Jamie Moore, with Lee Saddington taking care of monitor engineer Barrie Pitt and his system, which included L-Acoustics SB28, with ARCS or Kara for side fills.

For the arena dates, Nitelites increased the size of the PA, running up to 92 L-Acoustics cabinets, using a combination of 16 K1, plus K2 side hangs, with Tim Wann taking over systems engineer duties.

“Since I started with Ben in 2012, we’ve always used L-Acoustics,” explains Andy. “On some of the smaller shows we did last summer we used Kara, and for the festivals run we had either K1 or V-DOSC. On Ben’s last tour, there were one or two small shows of around 1,500 capacity, everything else was between 2,500 and 8,000 and K2 was perfect for every one of those.” 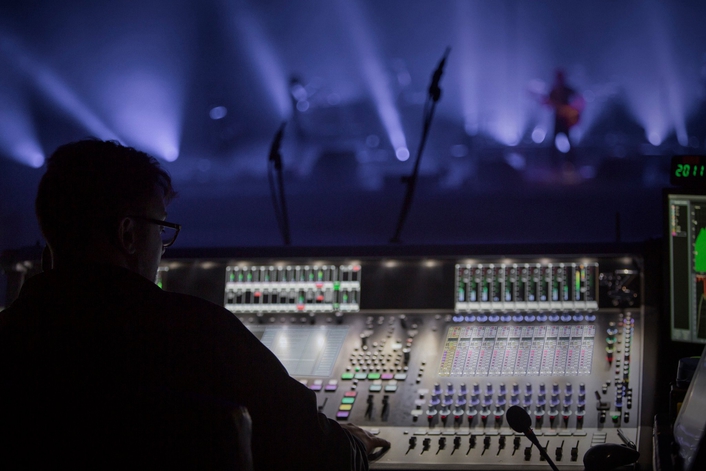 The reason behind this dedication to L-Acoustics, says Andy, is “it just delivers! I’m always more satisfied with the results and consistency we get with L-Acoustics over other systems we’ve used. I like as much control as possible and the K2 helps me do that.”

About L-Acoustics
Founded in 1984 near Paris, France, L-Acoustics is a leading manufacturer of turnkey solutions for the professional sound industry. With 250 team members, 20 percent of whom are dedicated to R&D, L-Acoustics is present in over 75 countries either through subsidiaries or via a network of certified distributors or providers.
Recognized throughout the industry for pioneering the modern line array, L-Acoustics offers a total system approach for both the touring and fixed installation markets, and a product line responding to the needs of venues from the most intimate club to the grandest arena. L-Acoustics sound systems can be heard in places like the Hollywood Bowl, the NBA Houston Rockets Toyota Center, or the Philharmonie de Paris. L-Acoustics solutions have been used at five of the world’s ten top-grossing festivals, the London and Sochi Olympics, and on the Justin Timberlake 20/20 Experience World Tour, among others.