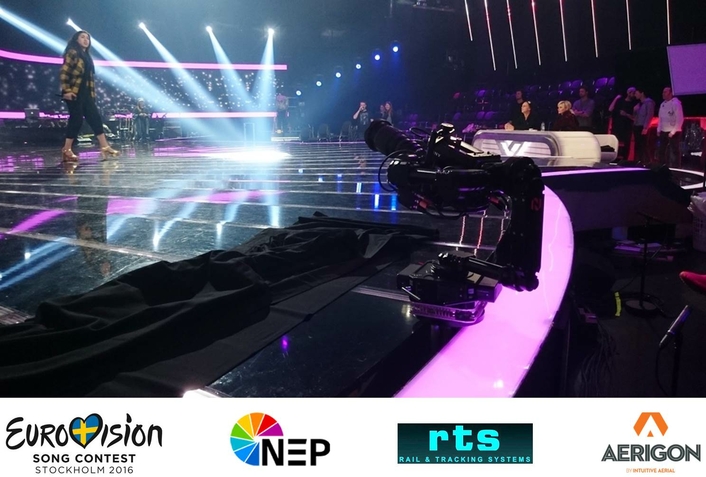 NEP Sweden (formerly Mediatec Broadcast) and Rail & Tracking Systems (RTS) have purchased NEWTON camera heads from Intuitive Aerial. The gyro-stabilized heads will be used immediately for the live broadcast of the Eurovision Song Contest 2016. For the first time, TV broadcasters have a cost-efficient, lightweight, stabilized camera head to capture dynamic action with precision.

“The NEWTON gives us rock-steady images,” said Axel Engström, project manager at NEP Sweden. Headquartered in Stockholm, NEP Sweden is one of Europe’s largest suppliers of technology for event and TV production. “We look forward to using the NEWTON for the Eurovision Song Contest in May.” 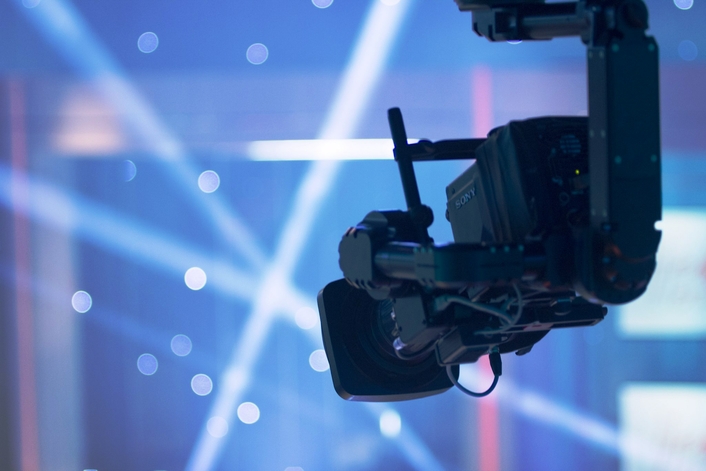 The NEWTON stabilizes cameras to capture steady shots from compact rigs with box-type UHD cinema and TV cameras. The 15-lb unit can be mounted on 1D/2D/3D wire-cam systems, cranes, dollies, motorcycles, jet skis and other vehicles, and any compact moving rig where weight and visual footprint need to be minimized. Powered by Intuitive Aerial’s gyro-stabilization technology and the DOMINION gimbal/camera controller, the NEWTON enables meticulous image capture with full lens and camera control and complete freedom of movement on wired or wireless operations. Much less expensive than traditional stabilized heads, the NEWTON means increased ROI for rental houses and enables production companies that have usually rented equipment to purchase their own.

“We’ve been searching for a lightweight functional head for a long time,” said Daniel Pfleger, supervisor at RTS, which is working with NEP Sweden on the live events. Based in Germany, RTS provides filmmakers and broadcasters with creative solutions to their needs for moving cameras. “The NEWTON is the first stabilized remote head that comes at an affordable price and with excellent support.”

The Eurovision Song Contest is one of the biggest television events with 180 million viewers worldwide and will be hosted this year in Stockholm. NEP Sweden was tapped by the host broadcaster to provide broadcast equipment for the three live TV events: the semi-finals on May 10 and 12, and the final on May 14. 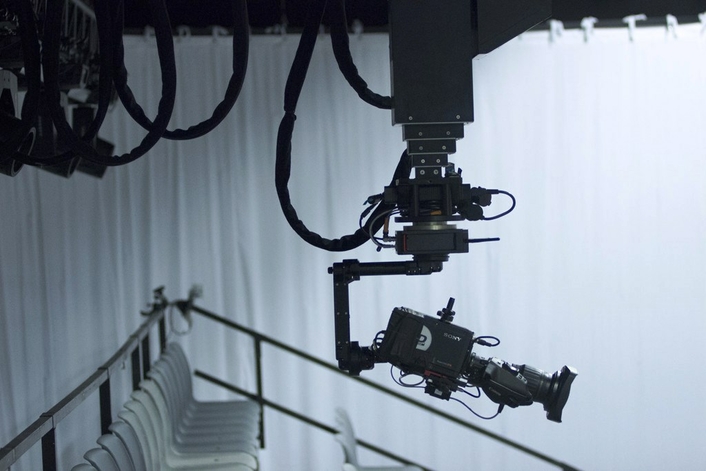 “The lightweight and compact NEWTON is perfect for the small TV cameras we rely on, such as the Sony P1 and Grass Valley’s LDX Compact,” said Engström. “Together with these cameras and wide-angled lenses, it’s a great setup.”

The two NEWTON heads will run along a set of rails 10 meters long at the front of the stage that includes a tower, meaning that the NEWTON can be moved up and down, as well as horizontally along the stage.

“There will be a slight wobble in the tower because of the way it’s connected to the horizontal rails,” Engström explained. “This is where the gyro-stabilization of the NEWTON will be really important to shoot all of the live action without distracting camera judder.”

The NEWTON is controlled by the Intuitive Aerial DOMINION gimbal/camera controller, providing precise operation of the head, camera, and lens via dual-frequency wireless communication, allowing the NEWTON and DOMINION to perform together in congested wireless environments, along with an optional control-over-fiber interface. This allows for complete integration into broadcast workflows on remote operation. 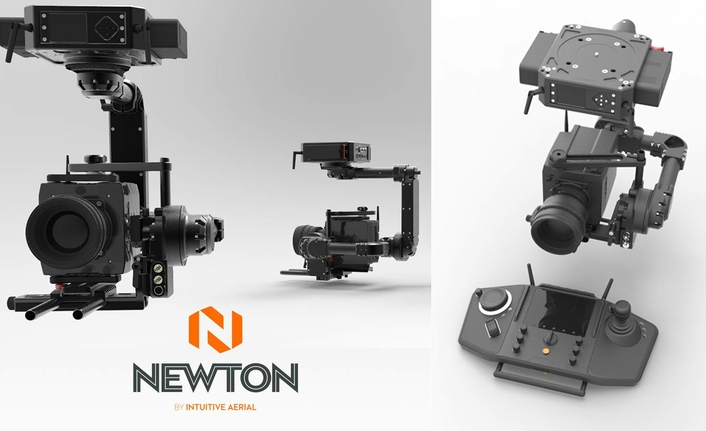 NEWTON and DOMINION by Intuitive Aerial

“Using the NEWTON on Eurovision opens up a new perspective of camera movement for us,” said Pfleger. “It makes it possible for us to embrace the trend toward smaller, lighter, and unobtrusive camera systems.”

About Intuitive Aerial Inc.
Intuitive Aerial is an international manufacturer of professional remote camera systems for high-end cinema and broadcast applications. The company makes the AERIGON Mk II, the industry’s first remote piloted aerial camera platform (UAV) for professional cinema, broadcast, and commercials productions. AERIGON has been trusted to fly cameras for the feature films Spectre, Avengers: Age of Ultron, We Are Blood, and Into the Woods; the Taylor Swift music video, “Wildest Dreams”; and on broadcasts such as BBC’s nature doc series One Planet and Nat Geo Wild. It also manufactures NEWTON, a stabilized remote camera head for broadcast applications. Both remote camera systems are controlled by the Intuitive Aerial DOMINION gimbal/camera controller. The company provides certification assistance and flight training for its customers worldwide. Intuitive Aerial Inc. is located in Woodland Hills, CA.

About NEP
In March 2015 the Mediatec Broadcast Group was acquired by the NEP Group and is now a part of the NEP Worldwide Network. NEP provides the technology and know-how to enable clients to produce the worlds’ biggest live and broadcast events around the globe. The company is the leading worldwide provider of outsourced production solutions offering technical services for remote production, studio production, video display, host broadcasting, post production, smart asset/media management, multi-screen delivery and end-to-end OTT solutions. NEP’s team of more than 2,000 employees is driven by passion and a focus on technical innovation, and together they have supported productions in over 65 countries on all seven continents. Headquartered in the United States, NEP has offices in Canada, the United Kingdom, Ireland, the Netherlands, Sweden, Norway, Denmark, Germany, Finland, Switzerland, Belgium, the United Arab Emirates, and Australia. NEP Worldwide Network operates in fourteen different countries under three operating segments: NEP Broadcast Services, NEP Live Events, and NEP Creative Technology.