New on SAT.1: “The Hit Giants” from the Coloneum 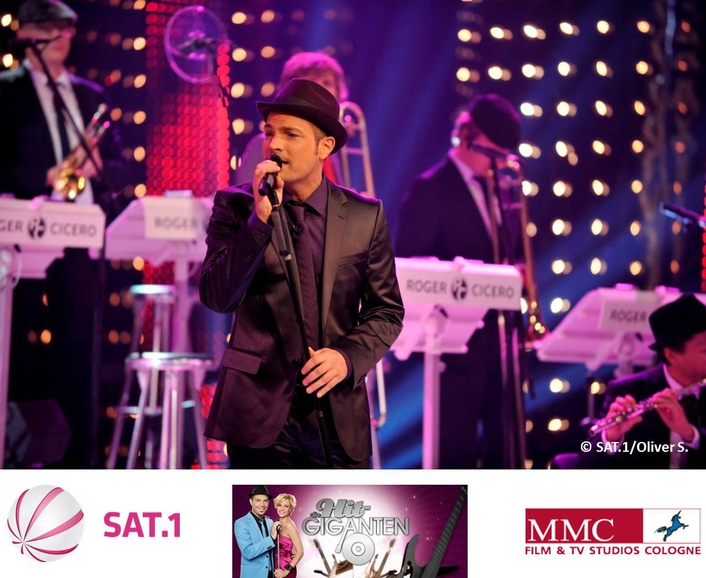 Roger Cicero performing at "The Hit Giants"
New hosts, new look and pure music: “Die Hit Giganten” (The Hit Giants) are back! For the first time ECHO-awarded Jazz singer Roger Cicero and presenter Mirjam Weichselbraun are hosting the chart show of commercial broadcaster SAT.1. The show is recorded at MMC‘s “Coloneum” back lot in Cologne.

During the current season’s first show that was broadcast on November 26th, 2010, hosts Roger Cicero and Mirjam Weichselbraun celebrated „The most successful Pop & Rock Hymns“ together with celebrity guests Ingo Appelt, Britt Hagedorn, Simon Gosejohann and Ulla Kock am Brink.

On December 10th, 2010 at 20.15 h, SAT.1 will broadcast the second issue of the series. In this show “The most successful Heartache Songs” will be featured and presented in “count-down” format.