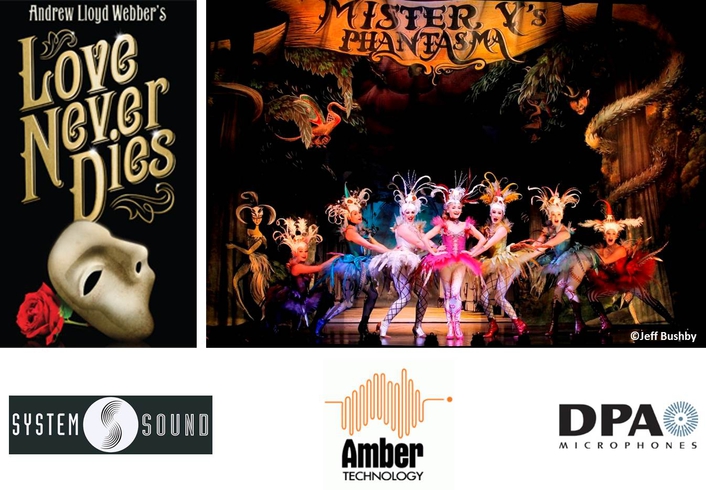 The Phantom of the Opera has been seen in more than 25 countries and by more than 100 million people
DPA’s new Reference Standard microphones, specified by sound designer Mick Potter and supplied by Amber Technology to Melbourne production company System Sound, are being used on the Australian production of Love Never Dies, Andrew Lloyd Webber’s long-awaited sequel to The Phantom of the Opera.

Love Never Dies continues the story of the Phantom, moving from Paris to Phantasma, a fabulous, early 20th century showground in Coney Island, New York - home to freaks and entertainers. It opened in late May at the Regent Theatre, Melbourne.

The 21-piece orchestra is miked with a selection of DPA mics including the new 4011A and 4011C cardioid mics from DPA’s new Reference Standard series, plus 4007 omnis across brass, woodwind and percussion. For the string section, Potter has chosen a combination of 4011As and 4011Cs as ambient mics and 4061 omni miniatures for close miking, with a 4099B instrument clip mic used on double bass. 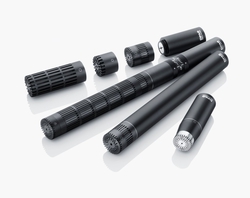 All 36 cast members are miked with DPA 4061 miniatures, with the principals wearing two each with dual transmitters and receivers.

“The orchestra sound is amazing and the overall sound of the show is very impressive,” says sound supervisor Shelly Lee. “I’m particularly impressed with the cello and bass sound as these instruments can be the most challenging to amplify. I would choose to use DPA microphones whenever possible.”

According to Amber Technologies’ Leon Hart, DPA’s new modular series were chosen over the previous models due to their new pricing structure and improved performance. “DPA’s Reference Standard microphones not only offer the convenience of modular capsules and microphone preamps at a new price point, but the new design sees changes such as an increase in dynamic range to 120dB and improved RF rejection,” he says.

Since its 1986 debut at London's Her Majesty's Theatre, where it continues to play, with a new sound design by Potter which also includes a cast and orchestra utilising entirely DPA microphones, The Phantom of the Opera has been seen in more than 25 countries and by more than 100 million people. 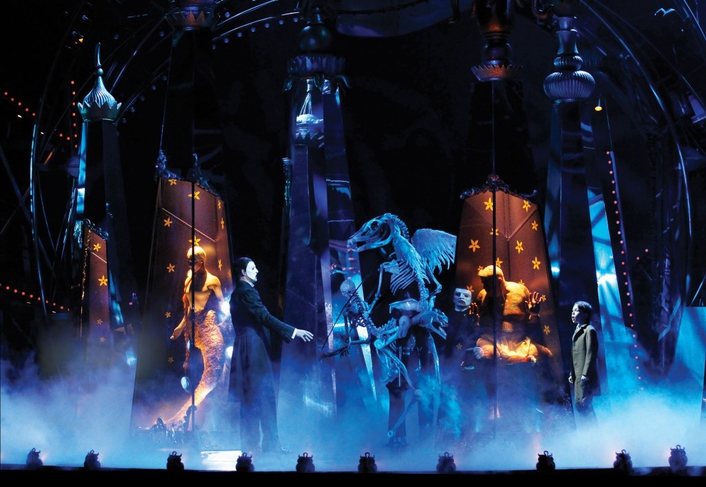