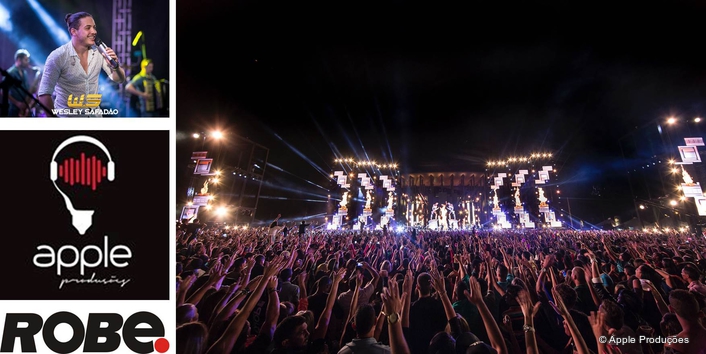 The concert was attended by 50,000 fans who were all a part of the live experience as well as an essential element of the 24 camera – including a drone - DVD shoot, directed by Fernando Trevivan Catatau from UnicFilm.

Carlos has worked several times before in the stadium. The director had some specific thoughts at the outset about where he wanted the LED screens to be positioned, and as soon as the venue was confirmed, Carlos immediately had ideas about how he could use the stadium as a key element in the scenography. These various visual inspirations were all combined into a truly epic production! 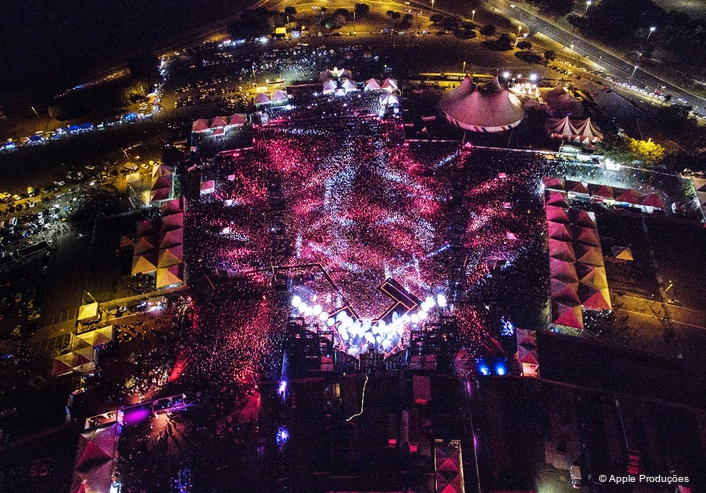 Once the structural elements of the stage design were established, Carlos had to place his fixtures around the space, which was a challenge as there were around 700 lights in total, and not a huge amount of space – despite it being a stadium set up -  in which to fit them!

The lighting kit was all delivered by Sao Paulo based Apple Produções and included 160 Robe Pointes, a fixture which Carlos particularly likes for its brightness, power and versatility. One of the best known LDs and DOPs in Brazil, he is also a regular Robe user.

Carlos explains that he positioned the BMFLs on the over-stage trusses as they have the intensity and dynamics needed to deliver over the long throw distances and produce high impact results – both live and on-camera. “The BMFL is perfect for big stages and shows, and especially for outdoor applications” he says, “I love the zoom and the many effects that can be created using BMFLs”.

He has used BMFLs on many projects and first saw the BMFL prototype just before it was launched, since when he has been one of the fixtures’ biggest advocates and was delighted when Sao Paulo-based Apple became the first rental company in Brazil to invest.

When it came to the Pointes, his strategy was different. “They work exceptionally well as walls of lighting at the sides of the stage and this is what I did with them here,” he explains. He maximised the true multi-functionality of the Pointe – using them as beams, spots and washes. 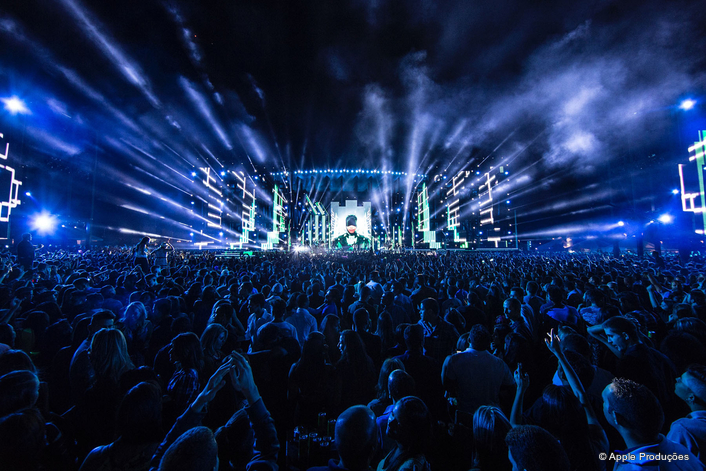 “There’s simply so much you can do with a single Pointe!”

The 120 LEDBeam 100s were dotted all over the place and used as super-fast ‘flare’ lights going onto the camera shots and the audience.

For lighting the audience generally, he used as many LEDWash 1200s and 600s as possible, with their “Excellent” colour mixing and brightness and “amazing” zoom. They were complimented with ColorSpot 1200E ATs used for gobo lively and interesting projections, together with more LEDBeam 100s.

The LEDWash 600s and 1200s were also used as base washes across the band for the cameras and were distributed around the stage expressly with this task in mind. 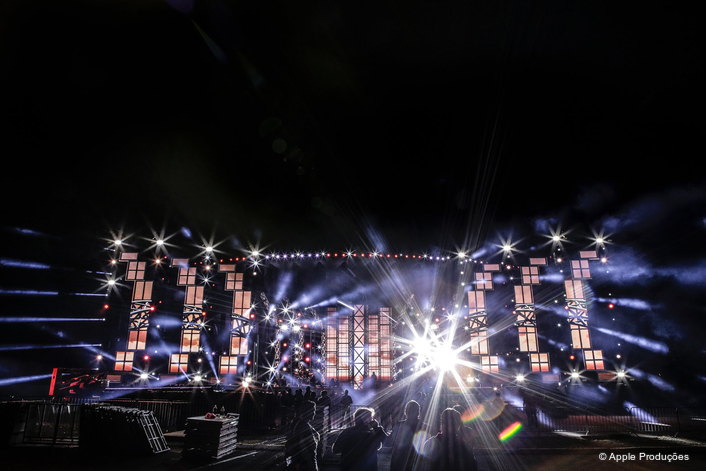 These fixtures were supported by the MMX WashBeams which provided front and rear key light on the band and Wesley Safadão where the framing shutters were very useful.

The CycFX 8s were positioned on the floor all around the stage, adding to the general vibe and energy of the show.

Carlos’s main challenge was to get the synergy right between such a large number of fixtures – without it ending up as a mush of lights – and the LED screens and audience, so the lighting looked diverse, interesting and exciting from every camera angle. Luckily he had a reasonable amount of time to plan how to light the gig, which was coupled with his vast knowledge and talent for lighting these high profile live recorded scenarios. 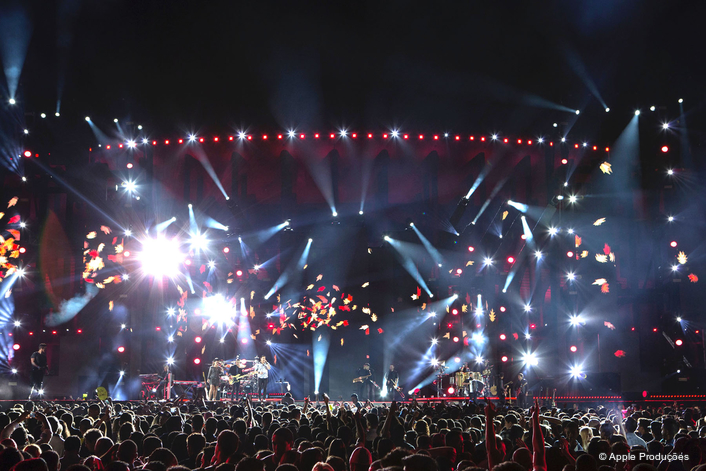 He worked closely with lighting programmer Vinicius Costa to programme the MA2 consoles and also with Apple Produções’ Gabriel Pincel, who in his role as technical director, assisted with the layout and placement of all the fixtures on the rig.

The Apple crew worked hard to ensure that everything flowed smoothly on site and the overall results were truly spectacular … both in terms of the live gig experience and the lasting memory of the DVD.

Scenic video content was designed by Carlos Leite Umbelino and the set and scenography was co-ordinated by Zé Carratur and Fernando Trevivan.