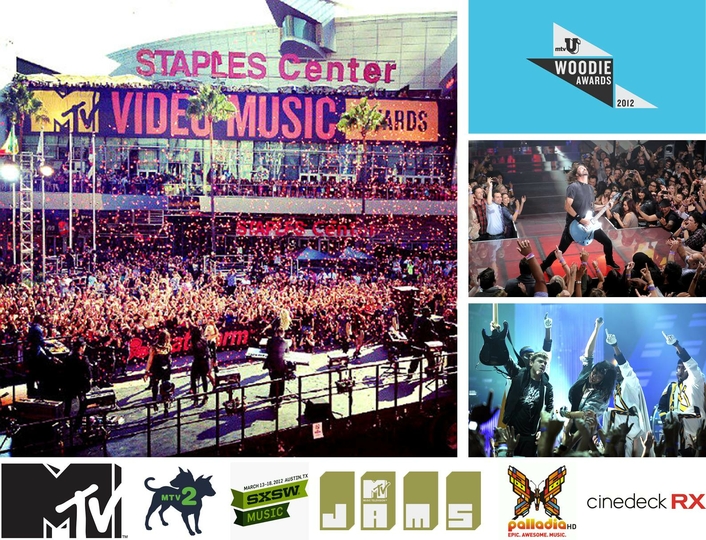 .
“I can’t think of another disk recorder on the market as flexible, that gives you so many options, and that’s as easy to use as the Cinedeck RX. It can fit into so many workflows. It’s so versatile you can even build a workflow around it.”

Since launching in 1981, MTV has spawned numerous sister channels in the US and affiliated channels internationally, operated under the MTV banner. These include the hugely-popular MTV2 aimed at young males, MTV Jams which shows urban and hip-hop programming, and mtvU broadcasting to more than 750 college and university campuses across the United States.

As the company and its different channels have transitioned to full HD production, post and broadcast, its engineers have had to grapple with swapping-out linear, tape-based technology in favor of file-based non-linear equipment.

“Tape is not the world we live in anymore, it’s an expensive and cumbersome holdover from a linear age, and the sooner we can remove it from the production chain the better,” says James Cohan, Senior Director of Post Production at MTV2. “For multi-cam event acquisition we’ve always been tied to tape in some form or another. But now, with the introduction of the Cinedeck RX digital disk recorders as part of the tapeless workflow on live-events, we have been able to take VTR decks out of the equation completely, and to really streamline the camera-to-editorial process – now the whole pipeline works.”

Jason Pattan oversees content production and technology management for 17 different MTV channels, including MTV, MTV2, BH1, CTM and Logo and Palladia. “I’m the workflow guy, working with new production techniques and digital workflows. Everything not involving tape is pretty much my world,” he says.

The challenges: eliminating tape and transcoding from the workflowCohan says that although MTV was using (AJA KiPro) disk recorders as early as 2009 for tentpole multi-cam shows, such as the “mtvU Woodie Awards”, the full resolution ProRes footage from each ISO camera was still having to be transcoded to ProRes Proxy as a separate process for editorial. Furthermore, HDCam tape machines were still running in the background in case of any disk failures. Obviously, he says they could have rented additional disk recorders to achieve the desired redundancy, but this was simply not in the budget.

Fast-forward to late 2011, as Cohan and Pattan were researching the workflow for the “2012 mtvU Woodie Awards”, taking place in Austin, Texas. The pressure was on, as the turnaround from shoot-to-air was less than three days. The two-and-a-half-hour concert was recorded on a Thursday evening, and the 30-minute program, combining performances and packages, had to be on air by Sunday afternoon.

“We were already aware of the EX and its capabilities as our roving reporters had been using it for a while. They called it ‘The Magic Box’, because it was so easy for them to use,” says Pattan. “Then the Cinedeck RX came under our microscope and we instantly realised it was a game changer on our tent-pole shows. The RX was first box we had seen that could simultaneously record two channels of HD video, or Master and Proxy, on one SSD sled, plus redundant copies of both formats on the second SSD sled. It would cut down on the number of recording units we would require for a multi-cam show. And, rather than having to rent double the amount of hardware to go completely tapeless, and to also have redundancy – everything we need was there in one box.”

The solution:
Cinedeck RXMTV combined ten Cinedeck RX decks, rented through All Mobile Video, New York, as part of a tapeless workflow that streamlined the editorial process for the “2012 mtvU Woodie Awards”, which took place during the SXSW Music Festival in Austin, Texas. Each Cinedeck was dedicated to recording a camera ISO from Ikegami cameras, capturing simultaneously to master ProRes 140 and ProRes 45 Proxy on one SSD sled, with a redundant copy of each format pair on a the second SSD sled. The speed of Cinedeck RX processing meant that all of the footage was offloaded and ready for the offline edit within two-and-a-half hours of the ceremony’s conclusion. Seamless relinking of high-resolution footage and proxy materials in editorial enabled the MTV editorial team to work problem-free and with unprecedented speed, with the show ready to air in less than two days. This eliminated 20 hours of tape ingest time, along with the cost of multiple tape decks and editorial staff that would have been required to digitize the media overnight.

“The RXs worked perfectly, and there was a lot of excitement amongst the team,” recalls Cohan. “We started copying the materials over eSATA link around 10.45pm after the show wrapped. The proxies took seven minutes each, and around 25 minutes for each of the masters. It was so fast that editorial actually made it to the wrap party that night, which is unheard of!”

An unexpected surprise was the quality of the proxy images, as Cohan explains, “We noticed that the proxy footage on the “Woodie Awards” looked amazing – the cleanest ProRes proxies I’ve seen. Usually when material goes through a transcoder it looks OK, but it’s clear you’re looking at lower resolution images. The quality from the RX is markedly better than those we normally see, and even fooled some of the producers.”

With this positive experience under their belts, the MTV team tested the RXs on a longer production – “Hip Hop Squares”, MTV2’s revitalized and highly-colorful reworking of the iconic “Hollywood Squares” gameshow. It featured some of the biggest and most charismatic personalities in Hip Hop culture today, whilst staying true to the tic-tac-toe format of the original program.

Twenty episodes of “Hip Hop Squares” were shot over a two-week period at Steiner Studios in Brooklyn, NY, with RX recorders fitted into Barrie, MTV’s new digital recording trailer. Each recording lasted between 90-mins to two hours, with two or three episodes recorded each day, using Sony cameras. Each RX was dedicated to recording a camera ISO, but this time capturing simultaneously to Avid DnX220 and ProRes 45 Proxy on one SSD sled, with a redundant copy of each format pair on a the second SSD sled. This was due to the fact that the main series edit was being completed at MTV’s offices in Los Angeles, using Avid Media Composer, whereas the show’s producers, recording in New York, were temping and screening using Final Cut Pro. The ProRes Proxy materials were delivered to the local New York editorial team, enabling the show to move immediately into post production. The Avid files were backed-up each night after shooting and the resulting drives shipped to Los Angeles, ready to be drag-and-dropped into the Avid bins.

“The great thing was that we could deal with both editorial platforms – Avid and Final Cut – right out of the RX. The producers in New York and the editors in LA had identical data-sets and could see the full multi-cam environment. Again, the RXs worked perfectly for us, and on a longer stint too. This gave us great confidence, and all without a tape in sight.”

Again, Cohan says the quality of the proxy files was worthy of note. “The set of “Hip Hop Squares” contained heavy blue and magenta saturation, a challenging environment for digital recording, but the proxies held up very well, which makes the editing all the more comfortable.”

MTV has since purchased multiple Cinedeck RX recorders, and used them in a fully tapeless workflow on the “2012 MTV Video Music Awards” in Los Angeles. 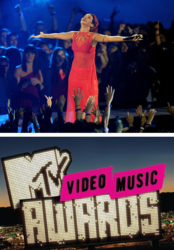 “I can’t think of another disk recorder on the market as flexible, that gives you so many options, and that’s as easy to use as the Cinedeck RX. It can fit into so many workflows. It’s so versatile you can even build a workflow around it,” exclaims Pattan.

“The RXs ability to deliver a choice of codecs, and to record either two discrete video channels or two codecs at the same time, are reasons enough to buy,” adds Cohan. “With the RX we can now get assets into post faster than ever, and the redundant record is critical, as it assuages any fears that the producers and production management on our bigger shows have about being tapeless. It allows them to look at it purely based on cost, removing the risk/reward piece of the decision-making process. When you look at these costs and factor the falling prices of SSD drives, compared to the rising costs of HD tape, it really becomes a simple matter of arithmetic and where you ultimately want to place your budgetary resources.”