Moving and Grooving for Clouseau Danst

Entertainment engineering specialists WIcreations has supplied several automation elements to help Belgian superstar rockers Clouseau ramp-up the drama and fun for their biennial end-of-year spectacular shows at the 20,000 capacity Antwerp Sportpaleis venue. The band is in the middle of playing four sold-out shows that started in December and conclude in January – following an extensive theatre tour ongoing through most of the year to support their innovative and popular “Clouseau Danst” (Clouseau Dances) album.

WIcreations is collaborating closely with the show design team from Painting with Light to create some fantastic WOW Factors for the Sportpaleis shows. These include a moving bridge in the middle of the audience with a 360 degree rotating arm which rises and cantilevers 15 metres across the audience, allowing Clouseau’s charismatic lead singer Koen Wauters to travel just above the heads of the audience to the C and D stage areas. 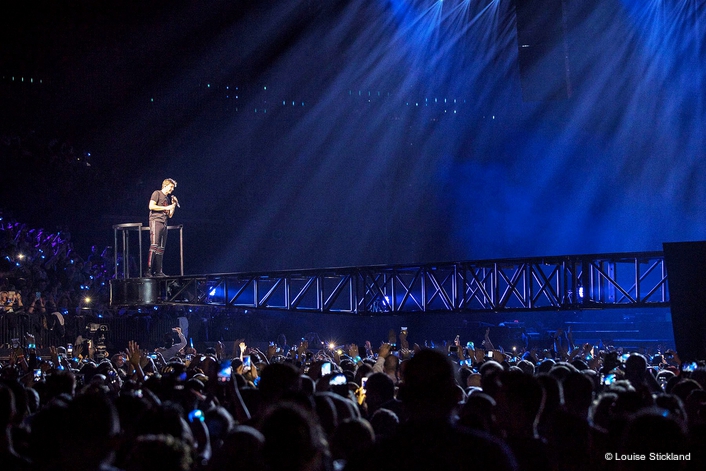 The first two shows were incredibly well received. WI’s project manager Hans Willems commented, “We are really proud to be involved in these Clouseau Danst shows. The band always puts in a huge effort and wants the highest production values, so the goal for all involved on creative and technical fronts … is to produce a special and entertaining experience that will long be remembered by the fans”. 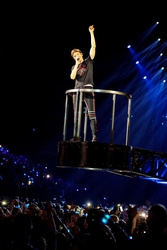 The 15 metre moving bridge appears in the second half of the marathon show, which features 34 Clouseau hits and favourites – old and new – and lasts over three hours, all delivered with the same pulsating energy and power from start to finish.

The bridge rises up on hydraulic rams, complete with automated handrail making it performance safe, connecting the main catwalk coming out from the stage … to the first of three ‘B’ stage areas out in the audience.

This allows band members to get right amongst the crowds, something in which Koen engages extensively throughout the set, and particularly during this highly interactive and immersive dance orientated show.

Keeping the special effects layers coming, a ballasted cantilevered rotating arm then rises out of the bridge mechanism with a platform on the end, allowing Koen to travel – at approximately a metre a second – in a full 360 degree circle just above the delighted audience.

The hydraulic arm also allows band members to be deposited on and collected from the two other performance areas – C and D stages - in the middle of the arena.

The bridge / hydraulic arm system is supplied by WI complete with fully redundant battery powered hydraulics for backup. “As with all WI products, safety and backup is absolutely paramount,” emphasised Hans. 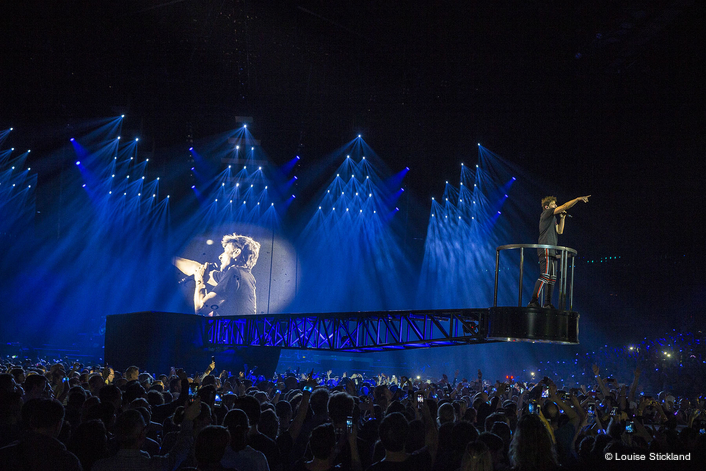 Onstage, 15 of the WI 800Kg zero speed BGV-C1 hoists automate the five video pods above the upstage area - each flown on three motors and moved subtly into a series of different positions throughout the show. This enabled the show design team led by Luc Peumans of Painting with Light to change the architecture and shape of the stage space as the set progresses.

Moving the pods could close it down for the moodier numbers and open it up for the rock-out moments, all helping to keep things dynamic and fresh, with the audience anticipating what might happen next. 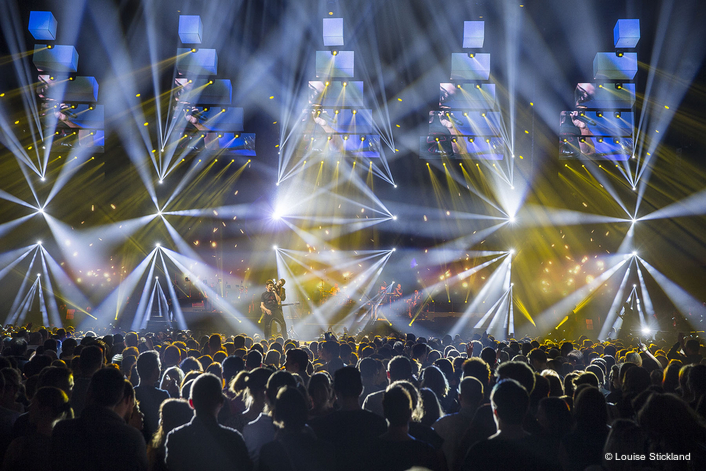 An additional 12 of the same WI 800Kg zero speed BGV-C1 hoists - which can move smoothly and seamlessly up to 12 metres a minute thanks to the custom WI controller - are used to move six lighting trusses between the video pods, helping keep the action fluid and looking varied.

The automation cues - for the motors, the bridge and the hydraulic mast – are carefully choreographed into the show – and run via a WI custom controller operated by Chris Das who is joined on site by WI automation technician, Patrik Mangleschots.

The automation products on these shows, including the bridge with rotating arm, are all available ‘off the shelf’ from WI as rental items from their Heist-op-den-Berg HQ. WI has developed a full range that can be combined in different ways to offer excellent value and multiple options for all types of shows and events. 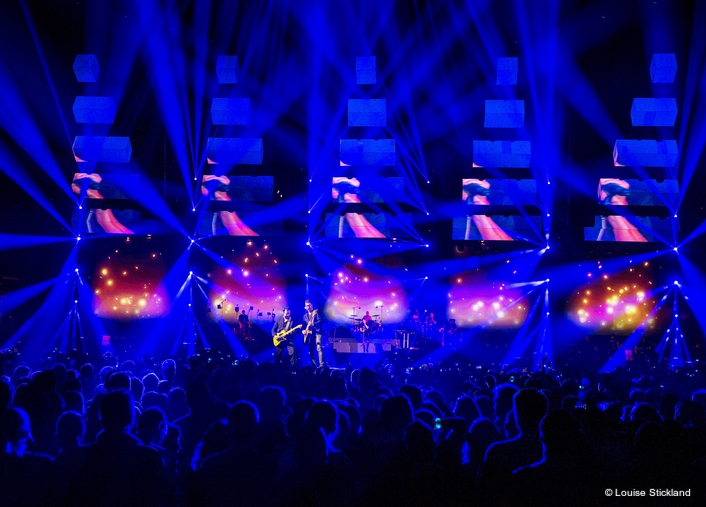 Supplying these Clouseau shows is also a landmark in WIcreations’ history. Celebrating 10 years of business in 2016, Clouseau was the very first client for Hans when he founded the company in 2006!

“They are fantastic to work with” enthuses Hans, “Always prepared to be innovative and try new and different ideas! We are pleased to work with Clouseau and the others who make us rise to the challenges and turn some very ambitious requests into reality – safely and practically!

Anyone who missed the Clouseau excitement in December can catch it for two more shows in the Sportpaleis at the end of this week … on 7th and 8th of January!