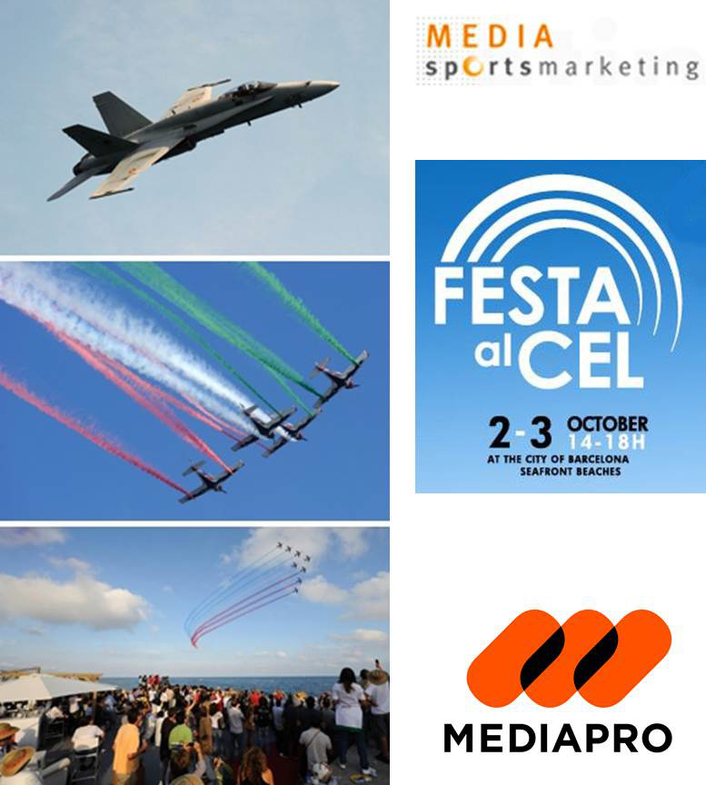 Media sports marketing organized the event which took place over Saturday and Sunday in Barcelona
More than half a million people watched the Festa al Cel this last weekend, the air-show organised by the Barcelona City Council, via its Aerospace Promotions Department, and managed by the Barcelona-Sabadell Air Club.

The MEDIAPRO group company, which won the tender published by the Barcelona City Council, carried out the coordination of all the organisational and logistical aspects, guest management, VIP areas, as well as the management of promoters, sponsors and other collaborating companies, contact and monitoring of the planes and the pilots as well as all associated coordination activities, the media marketing and security. In addition, the company will also coordinate the management of post-event activities. The broadcast signal was relayed via giant LED screens and to TV networks.

The event saw the Air Force, the Navy, the Army, teams from other countries, both military and private acrobatic display teams, international military and civil flight associations, parachute teams, as well as companies from the aeronautical sector all take part. One of the highlights included a fly-past and landing by an Airbus A-380, the world’s largest passenger plane.