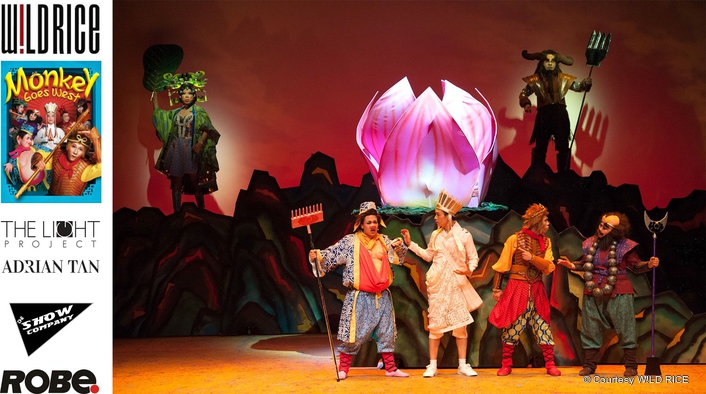 The production first premiered in 2014 and Adrian recalls that in the initial creative discussions they didn’t want it to be “just another pantomime” … so instead looked at more unconventional ways of lighting the cyc, which was a fundamental to creating ‘another world’ onstage to which the audience could relate.

Additional creative considerations included the need for a strong Asian culture influenced primary saturated colour scheme to run throughout the performance, and the fact that the overhead lighting rig also needed to be flexible due to the venue’s expedient stage and overhead rigging space. 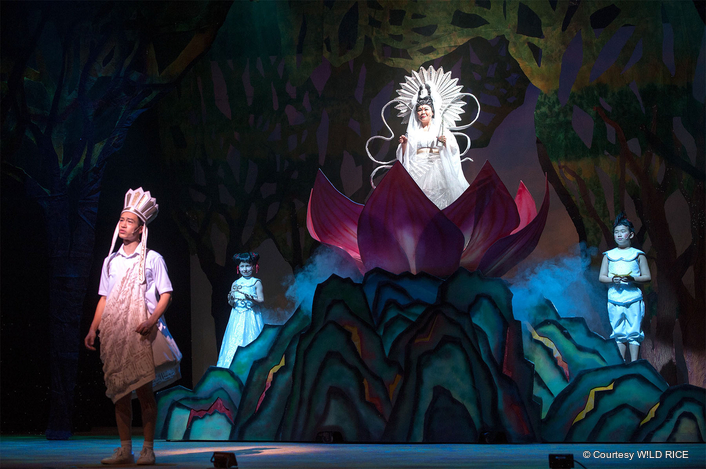 Adrian decided he wanted to use an LED Cyc batten from the outset and for this run, Robe’s CycBar 15 was the option he chose. The fixture is a lightweight static 1 metre linear strip with 15 bright, equally spaced RGBW multichip LEDs offering homogenized output smooth colour mixing and linear dimming.

The 12 x CycBar 15s are positioned about 1.5 metres away from the cyc and fitted with 70 x 35 degree diffusers. Their effect is visible for around 70 per cent of the show, helping to create elements like mood, weather and time of day.

They produce a host of colours like blues, magentas, reds, whites, ambers and yellows and many more. Adrian also uses them to create a gradient of colours on the cyc, and in tandem with a selection of slide projectors, he can transition seamlessly between colour washes and visual images across the surface. 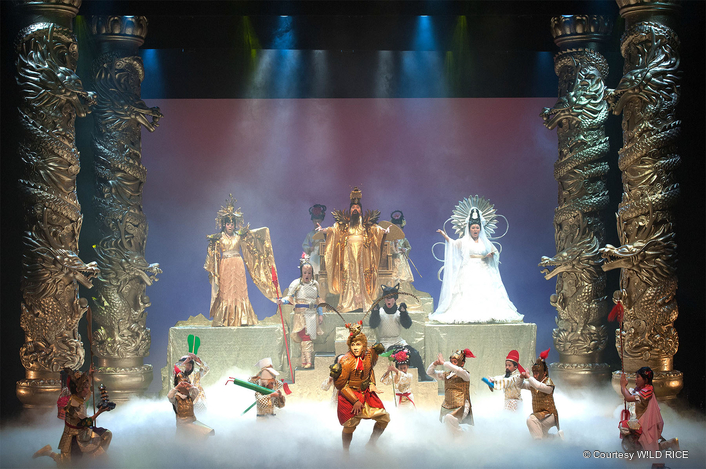 Adrian is delighted with the results and the “tremendous output” of the CycBar 15s which light a cyc measuring 10 metres wide and 7 metres high, so quite a substantial area!

He reckons the dimming is “impressive” for an LED fixture with and the excellent (dimming) curve was perfect for his smooth transitions. He also remarks that the colours, especially blues and reds are “very vibrant”.

During the opening scene of the show, set in a celestial court, even with the overhead rig of 38 moving lights in white and nearly full intensity and dry ice pumping … the CycBar 15s were clearly visible in dark blues and reds! 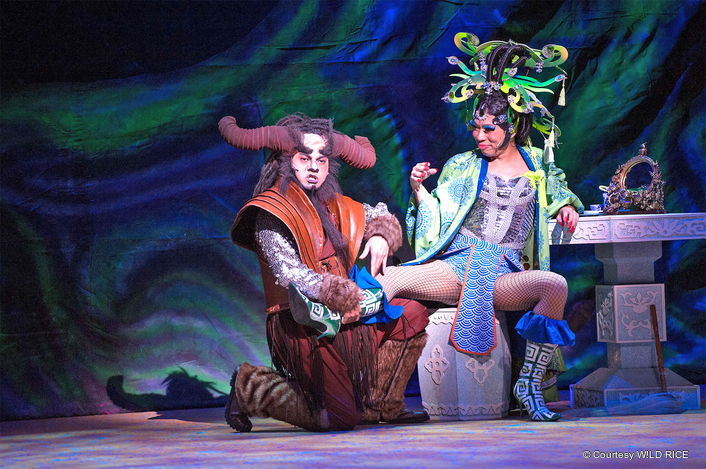 He makes an important point that he would have needed 40 – 50 ‘traditional’ 1K cyc flood units to have had the same effect due to the short throw distance and the effects he wanted to achieve … so CycBar15s not only fitted neatly into the space .. they also saved huge amounts of electricity consumption!

The fixtures, together with the other lights on the rig, are being supplied to the production by The Show Company and lighting was programmed by Pek Limin.

Monkey Goes West is directed by Sebastian Tan (no relation), the set is designed by Wong Chee Wai and the production manager is Xu Xin’En. 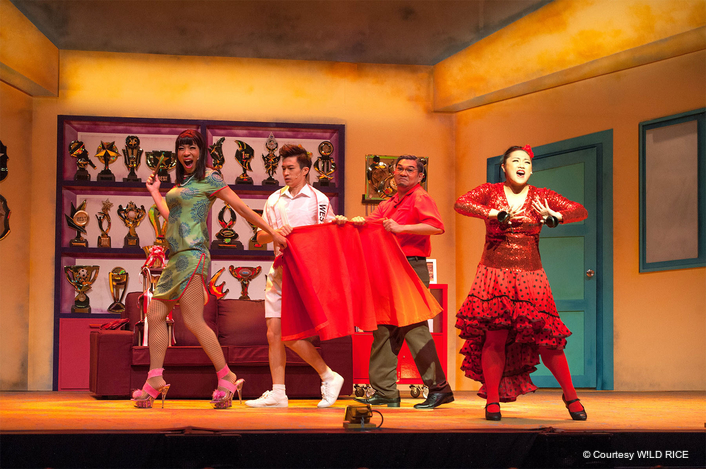 In celebration of the year-end holiday season, W!LD RICE is working with several charities to give children and young people living tough lives the opportunity to experience the magic of theatre.