While rental / production company Capital Sound were fielding no fewer than 170 enclosures at the perennial Proms in the Park (Hyde Park), over in the east at the Queen Elizabeth Olympic Park, the Prince Harry inspired Jaguar Land Rover Invictus Games Closing Concert also featured MLA.

The five hour extravaganza combined a celebration of medallion presentations to the wounded, injured and sick servicemen and women who competed in the Games, backed by a full concert line up headlined by the Foo Fighters with supporting acts including Kaiser Chiefs, Ellie Goulding, Ryan Adams, Bryan Adams, The Vamps, Rizzle Kicks and James Blunt. 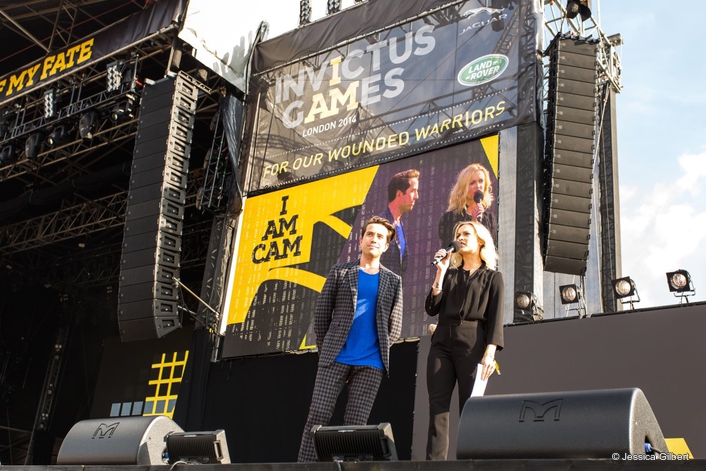 A full house of over 25,000 people heard Prince Harry deliver a heartfelt speech that roused the spirits of the crowd, culminating in a Mexican wave, before introducing the Foos for the band’s triumphant return to London.

The event was promoted by AEG Live, with Capital working for site managers, Loudsound, with whom they have enjoyed a long relationship (most recently at British Summer Time in Hyde Park).

But unlike Hyde Park where sound leakage is at its most sensitive, there was optimism MLA would be able to show off an even bigger sound. “This was a totally new situation and the promoters were keen to see what we could get out of it, sound wise,” commented Paul Timmins, Capital Sound Account manager. “[Loudsound site production manager] Dan Craig really understands audio and was confident he could achieve proper rock and roll levels.”

With the closest residence still within 250m of the stage and with Vanguardia measuring propagation at four separate offsite locations, the production team was still able to hit the FOH SPL’s demanded by the Foo Fighters, playing at well over 100dB(A) as the level ramped up incrementally through the day; at the same time the sound comfortably tapered off below the offsite restriction of 75dB(A) at the nearest measurement point — and recorded values as low as the mid-60’s. 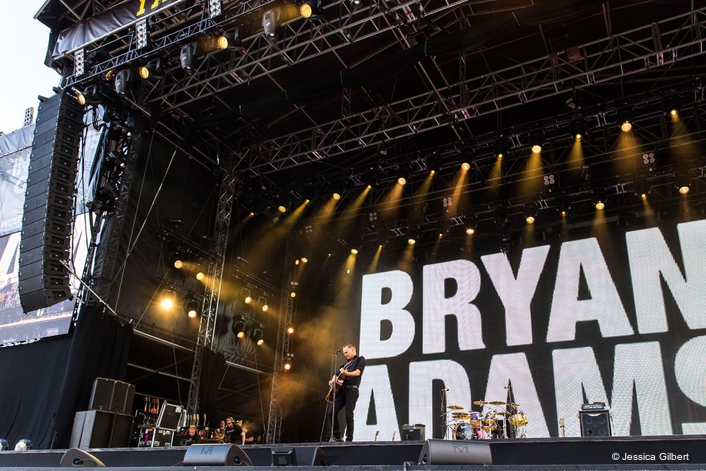 The main front facing PA comprised two hangs of 14 MLA per side and two MLD Downfills, while for sidefills, because of the site topography, Cap were able to field 12 MLA Compacts on one flank and 16 on the other — an asymmetric solution that worked particularly well. This enabled the shorter hang to fire into the VIP grandstand without straying beyond into the large block of flats behind.

The real customisation came in the 32-enclosure MLX sub array. In order to meet the Foo Fighters tour spec they deployed Philip Reynolds, who has worked extensively with Martin Audio US partner Delicate Productions, and therefore built familiarity with MLA. 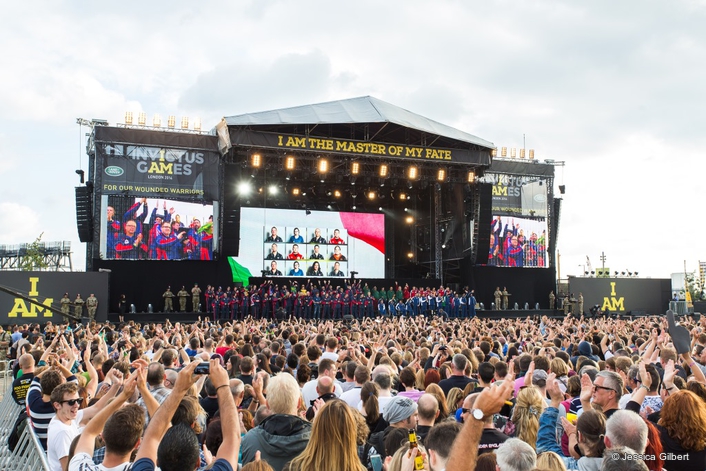 Having been involved with the Foos since the Wasting Light album back in 2011, Reynolds confirmed: “That sub design was exactly as I wanted and for the band it delivered the high impact in the mix” — mix that was delivered by seasoned sound engineer Craig Overbay, piloting a DiGiCo SD10.

But the planning of the event was to throw a final curve ball at the Capital Sound team as Paul Timmins explained. “Although we had designed the audio for the closing concert, since we had the infrastructure already in place, at short notice we were asked to also handle the Invictus Games Opening Ceremony. We had to come up with a system we could change in a day, and throughout the opening ceremony there was an element of rapid reconfiguration as we had to make it work for every dignitary on stage.”

Marty Beath, a seasoned MLA tech, was part of the crew, and this is where his MLA experience, and knowledge of the audience geometry in the MLA software, was brought to bear. “The area that became the audience zone at the Closing Concert was set out like a military tattoo,” he explained. “We needed a new solution for MLA which covered the competitors’ section — set 20ft in front of the stage — so we optimised the system in the software to use the bottom part of the main PA to cover the front. 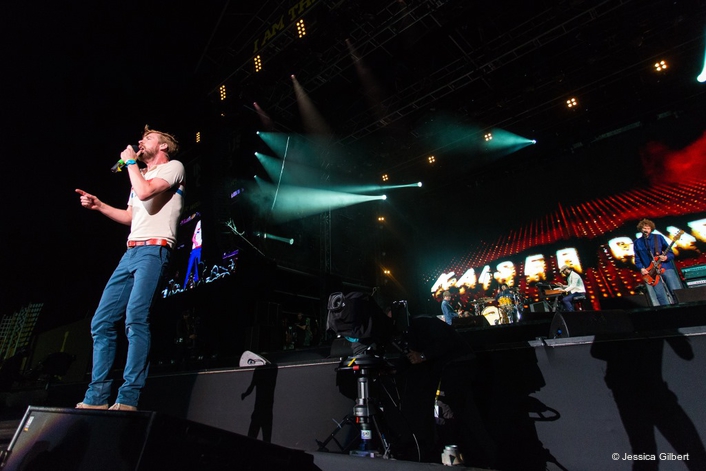 “When Prince Harry was at a lectern in the PA zone I loaded a new snapshot in MLA which enabled us to get another 8dB of gain before feedback; so by using MLA’s software to set a hard avoid I could direct the sound over the lectern, which was fantastic.”

The entire production seemed more than satisfied with the levels and quality achieved. Phil Reynolds was enthusiastic: “I enjoy how far MLA has come.  I was happy with the deployment, everything matched Foo Fighter specs, the PA did exactly as planned, and it’s been exciting hearing the band today playing through a full MLA for the first time.”

Dan Craig added, “Once again MLA displayed all we know and love about the system and delivered effective, even coverage. It’s my third major park event of the summer and yet again MLA has demonstrated its flexibility to create a system design network. 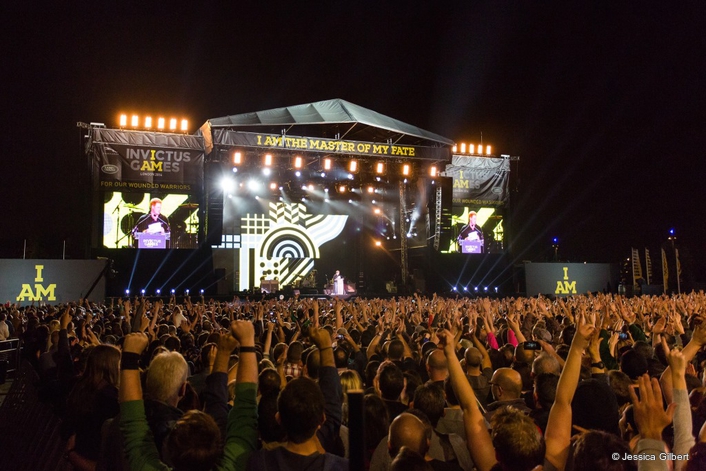 “Since I have been using the system it has solved three very different problems and I am happy to be working with Ian [Colville] and the Capital team to provide the solutions which MLA enables us to implement.”

And describing the concert as “a fitting end to an inspirational four days of Games,” Jim King, Director of Events, AEG Live said: “AEG are very proud to have played our part in producing the Invictus Games Closing Concert.”

Or as the Foo Fighters put it, “What a perfect way to finally return to the UK for the first time in years...it’s been waaaay too long! Thanks for having us; it is truly an honour to come play for these incredible men and women...." 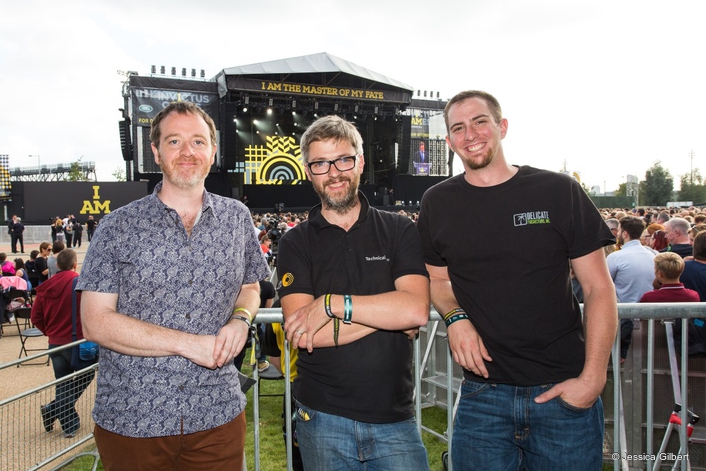