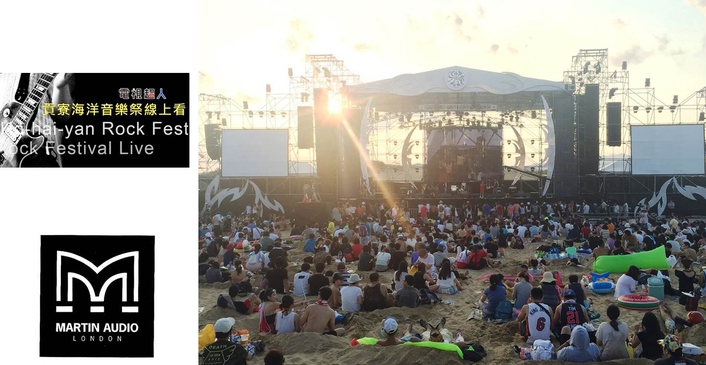 One of the most popular open-air music events, Hohaiyan Rock Festival recently took place at Fulong Beach, Taipei, Taiwan. The event began in 2000, and is annually organised by the city government. This year, MSI Japan Taiwan operated for the first time with Martin Audio’s flagship MLA loudspeaker array, given the system its open-air debut in Taiwan (having previously been used by MSI Japan Taiwan indoors).

Many of Taipei’s most popular artists performed at the beach side location, which is an attractive site for the audience. And for the sound system, the engineering team needed to make a special effort. The main hangs comprised 19 MLA and a MLD Downfill on each side, and side fills were formed of six MLA elements and two and MLD. Six MLX subs were flown and three ground-stacked MLX in a cardioid pattern were staggered in three positions on each side of the stage, making a total of 18 cabinets. 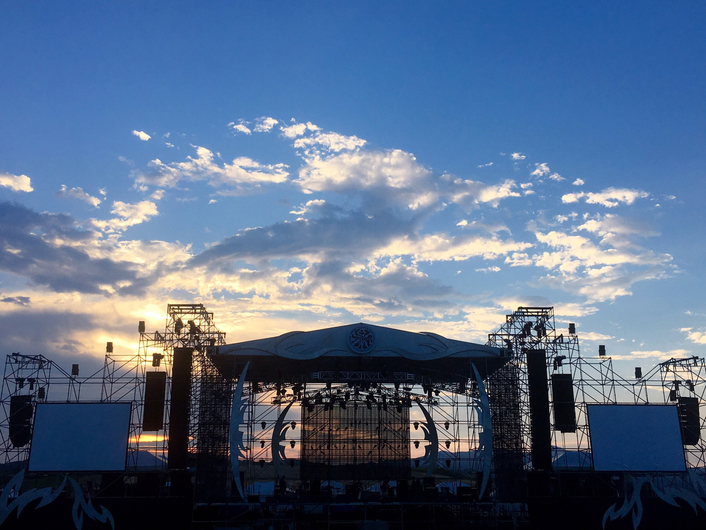 Mr. Watanabe from MSI Japan Taiwan, who operated the event, commented: “First of all, we had to set the speakers at the lowest level we could, to prevent the sea wind. Though temperature was variable, between daytime and after sunset, we needed to set the parameters to keep MLA’s performance sustainable — and thanks to its adaptive properties, there was no effect from the weather at all. 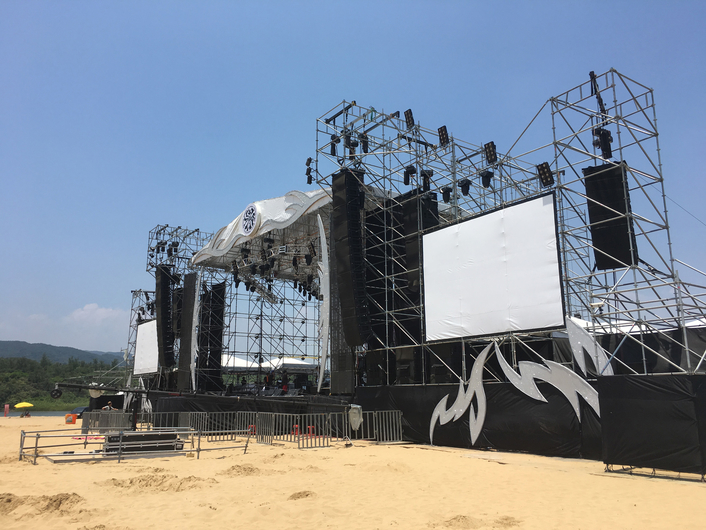 “We arranged the audience area 200m from main stage, but the organisers also requested that the entrance gate, which is located 400m from the stage, also needed sound coverage. It was a simple and easy mission for MLA, but we were concerned that the sound would spill onto the second stage, and might interfere with the show. So, we set a ‘hard avoid’ [preset in DISPLAY software] and solved the problem immediately.”

Mr. Watanabe added that at first, the local crew was concerned with the idea of designing the sound system without a delay tower. “But once it was set up they were really surprised by the high performance, and also the effectiveness of the hard-avoid settings.

“The festival resulted in a grand success, and MLA is already being spoken about for next year’s event.”