MLA Compact Keeps it Personal at Rock Of Ages Premiere 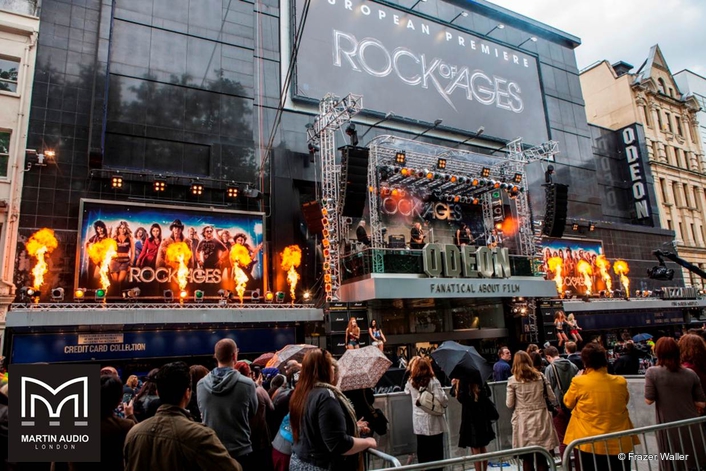 The stage, rigged with MLA-C, outside The Odeon, Leicester Square
PA company, Production Hire was contracted to provide sound reinforcement for the live band element of the Rock of Ages film premiere at the Odeon Leicester Square recently.

The movie stars Tom Cruise in the fictional group Arsenal, while to mimic this the stage outside was rigged with Martin Audio’s new MLA Compact.

According to Martin Audio’s touring application support manager, Andy Davies, it was essential that this award-winning Multi-cellular Loudspeaker Array technology was deployed owing to its absolute controllability, which mitigated concerns over noise issues. The rig consisted of two eight-deep MLA-C hangs either side of the stage and two four-deep MLA-C outfill hangs (and four DSX subs).

Placed on the balcony of the Odeon Leicester Square, the band had to deliver concert levels for the audience while ensuring that the surrounding businesses could remain open, with minimal intrusion into the pavement restaurants and cafes.

Said Davies, “For Rock of Ages the music content is — rock! With MLA Compact we were able to create a full rock concert at one end of the Square with a well-defined ‘hard avoid’ area part way across the venue, keeping levels outside the audience area very low and well within local limits.”

Due to rigging restrictions, which necessitated the two line array hangs to be rigged asymmetrically, with different trim heights, clever use of software programming was required by the Martin Audio man — who optimised the sound to provide identical coverage from each hang (despite the fact they were pointing in different directions). 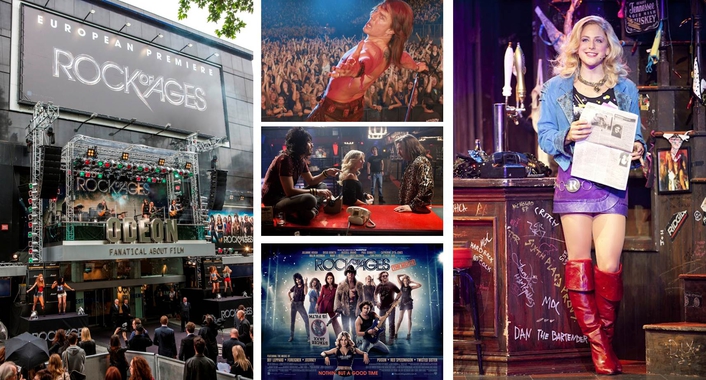 “Everyone, from FOH engineer Stuart Mayo to Production Hire’s Mark Neil and the production manager were extremely impressed with how clearly defined the hard avoid area was and the contrast in levels between the audience area and the areas outside the Square,” reported Davies.