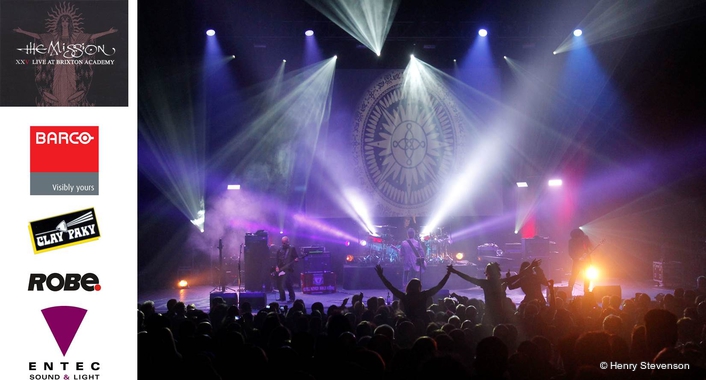 Entec Lighting continued its incredible 28 year working relationship with maverick Goth rockers The Mission, supplying lighting and projection to their latest tour to facilitate a design by Mark Wood.

The west London based rental company supplied projection for the whole tour which visited academy sized venues in the UK and Europe, and also put in a full production for the sold-out Brixton Academy show.

The tour was Project Managed for Entec by Adam Stevenson, who undertook his first ever tour with The Mission back in 1986 which also happened to be their first live shows as The Mission.

Following this baptism of fire … Entec has been the lighting supplier for The Mission ever since – going through several changes in management - and Stevenson has also been involved in various guises over the years including stints as LD!

He says, “The Mission has a very special place at Entec and for me personally. I know all of them very well, they are amazing people to work with and their strong and loyal fanbase is equally as committed as the band to putting on an excellent show. The live shows have been consistently high on production values over the years, and this was no exception. I was extremely proud to be involved once again”.

The projection system consisted of a Barco R10+ projector that ran content stored on Mark Wood’s laptop, complete with a 12 x 9 ft Harkness Easi-Rect screen which was installed upstage behind the band.

The video content was created by Rhory Danniells, director of two videos from the latest Mission album 'The Brightest Light'. Visuals were taken from singles and adapted for the live performances, and Lead Singer Wayne Hussey created some visuals using an iPhone and iMovies for some of the more esoteric projection moments, and in  particular for the opening track ‘Black Cat Bone’. 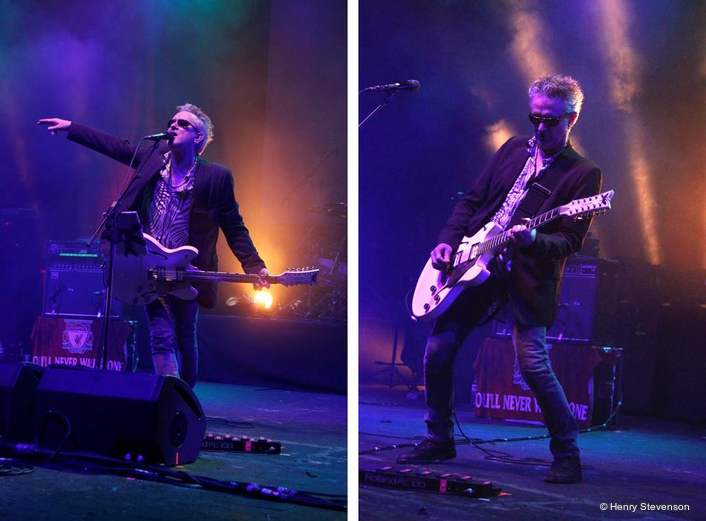 Also for the whole tour Entec supplied 12 i-Pix Satellite LED bricks, used to light the drum riser and a set of legs which framed the projection screen.

On the front truss were eight ETC Source four profiles for key lighting and four 4-lite Moles facing the audience.

The LEDWash 600s were rigged in a triangular configuration on the back truss which enhanced the depth and dimension of the space.

On the floor, there were eight PAR 64 floor cans and six Atomic strobes, and eight bars of four ACLs were distributed equally between the floor and the back truss.

They also trialed TMB’s new award-winning Solaris Flare LED fixtures, four of which were on Manfrotto stands at the back of stage, blasting out across the stage and into the auditorium for big, punchy ‘WOW’ effects.

At Brixton the screen size was boosted to a 20 x 15 ft Fastfold, and one of Entec’s Green Hippo Critter media servers added to the spec to assist with the video playback.

Mark Wood controlled all of this via his own ChamSys MQ100 console + Wing.

Stevenson comments, “Mark produced a very good looking show with an expedient amount of kit using it imaginatively, thoughtfully and with great impact”. 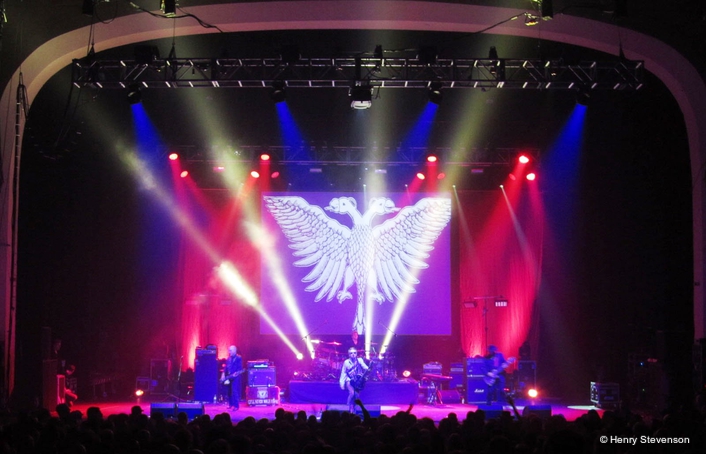 George Allen of The Mission’s management company (since 2004) Extreme Music Production says, “Entec are friendly, reliable and I never have to think twice about the look of our shows. Adam knows exactly what we need and Mark Wood has a fantastic eye for detail - It's a winning formula!”