MegaPointes Vibin’ Out with FKJ 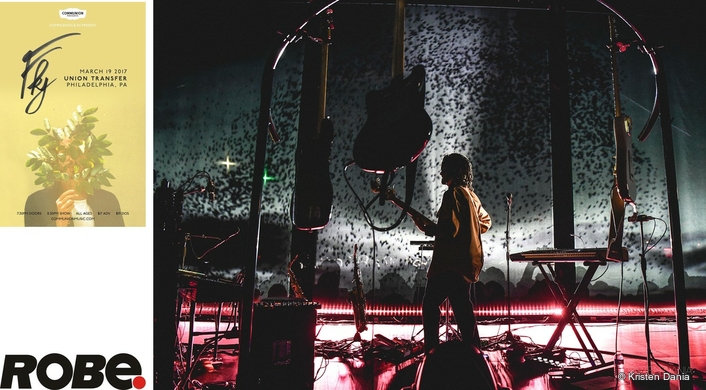 It’s not about how much or how many you have… it’s about how you use them!

Lighting and production designer Stu Dingley was delighted when approached by FKJ’s management and asked if he would create a design for the artist known for his elegant loungy music and funky visuals. He chatted to FKJ at the start of the design process. The artist was open to ideas, however as a keen videographer with terabytes of content available, he really wanted to get selected elements of this right at the essence of the live show… to tie everything together visually.

With that in mind, Stu immediately thought of MegaPointes which he wanted to use for some very specific effects - shadows and silhouettes - to balance artfully in juxtaposition with the video images. He needed brightness, accurate shuttering and a beautiful quality of light.

They decided against an upstage video screen – it was a bit too standard – instead choosing some transparent silk drapes downstage for the main projections.

The idea was to contrast and play with shadows and silhouettes in the context of the front projected video images and fill in some of the gaps with lighting accents and looks. As FKJ plays multiple instruments, the silhouette / shadow idea was also a fun and playful vehicle by which they could highlight the different instruments.

Stu sourced a selection of fabrics from ShowTex which were sent to LA where they built scale models and looked at how the projected images appeared. These were recorded and sent to Vincent (FKJ) – who was in Asia at the time – for approval, and from this they chose the best fabric for the application.

The two 32K projectors were located at FOH and four Marshall Compact mini cameras were dotted around the stage. These and the playback footage were all fed via a Hippo Boreal media server.

A custom clear acrylic upright piano housed six ROE MC17 panels in place of the strings which displayed content synced to timecode with effects linked to the music. A MegaPointe positioned immediately behind the piano blew through the back of it and the video wall and looked incredible. 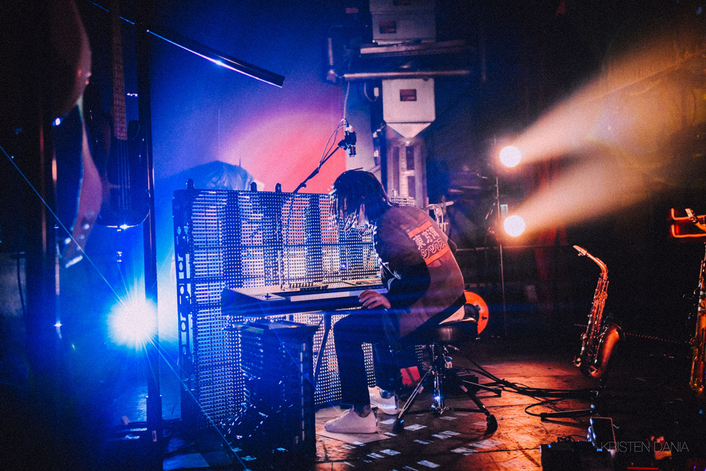 Another early decision was not to use haze… to enhance the impact of the projections.

“That was tough” says Stu, but he was glad they stuck to it, as it allowed the video content to ‘float’ into the picture with no trace of the source. The side key lights were fitted with top hats, so their source was also concealed making a great compliment.

Light levels were generally kept low for the show so the video could pop, and this conscientious pacing of the lightshow enabled a few moments of appropriately breath-taking visual shock and awe! 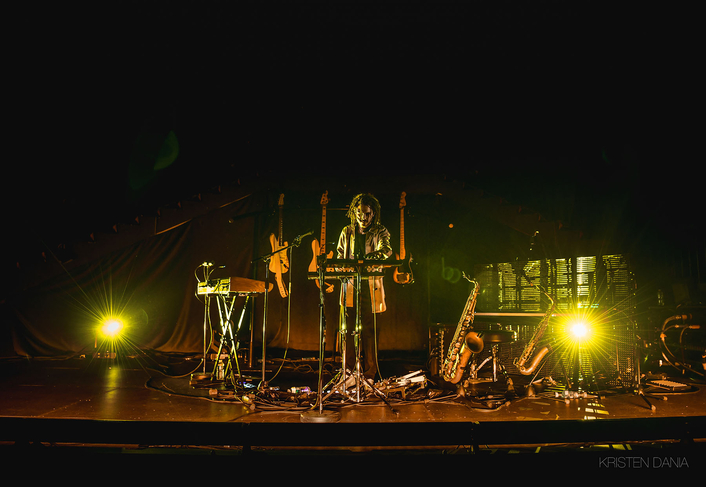 FKJ is right at the centre of the show in every way - the music he’s playing and the content that he filmed... so it is not a flashing beam show in any sense.

The front projected video and silhouettes from the MegaPointes were inextricably linked. Sometimes portions of the video were masked to reveal the lighting shadows behind, and for precision effects like this, Stu worked with a team of video editors and content creators.

The MegaPointes were arranged in an upstage row spanning around 30 ft. In addition to the silhouettes, they were also used zoomed out wide into the crowd.

Stu likes many things on the MegaPointes including the small size and the many features. 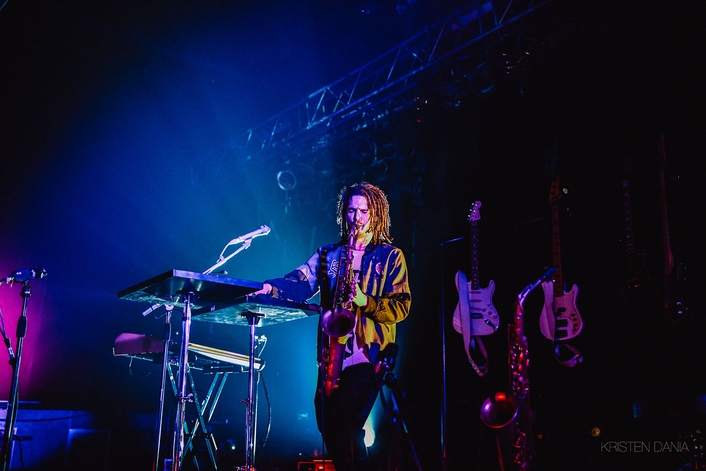 He’s used them before in a more traditional beam light capacity, but never as a projector light in this context: “Everything is smooth - the colours, dimmers etc., and the wide zoom is perfect for the silhouette work, especially on short throws in small venues”.

For this show, the wide zoom and the various shadow positions on the screens were the features he used the most, and he also played with the animation wheel drifting in and out of focus to imitate a seedy jazz club window for an interstitial moment!

Stu comments that for other shows, he finds MegaPointes “a perfect small beam light / profile cross-over to throw right to the back of the crowd”.

He’s used Robe products in his work for some time and likes the BMFL range a lot. “I think the beam of a BMFL is still relatively unmatched for output and really cuts through the rest of the rig”. 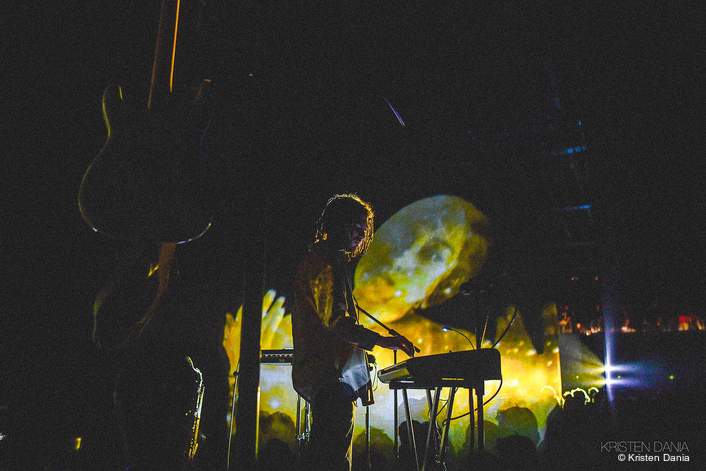 Looking after the MegaPointes and other lights on the road for this recent tour was lighting director Will Smith who used a grandMA2 light to run the lighting and media servers. Stu comments “Will was an integral part of the team. He has an in-depth knowledge of all the kit and has done a fantastic job keeping the show running on the road”.

The lighting and video vendor was PRG. Sound was supplied by Clair and Britro, with FOH sound mixed by Antoine Guest.

The video content was created by Vincent Fenton and Sugo Design, led by Lorenzo Depa, and the Ableton playback engineer was Tom Cooksey.

Keeling everything on check on the road was tour and production manager Liam Clifford and artist manager Kate Cudbertson.