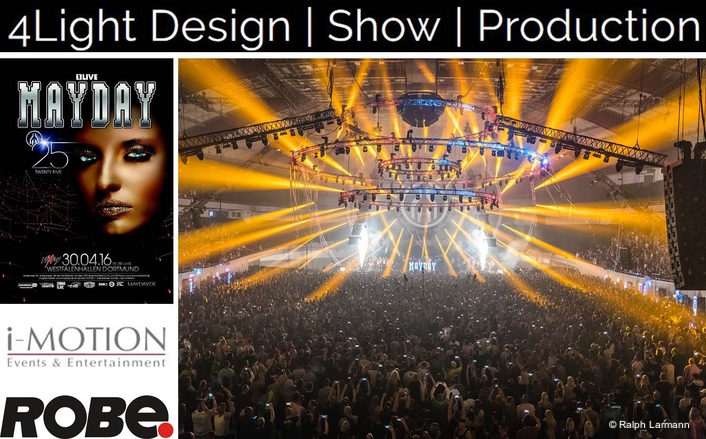 Over 350 Robe fixtures rocked the main stage of the 2016 Mayday dance event at the Westfalenhalle in Dortmund, Germany, specified by lighting designer Ronnie Santegoeds from Netherlands based 4Light, who was asked to create a jaw-droppingly memorable lightshow by promoters, I-Motion.

Ronnie is a regular LD for Dutch hardstyle dance producer / promoter Art of Dance, which whom I-Motion co-promoted the most recent Syndicate event at the same venue.

On the strength of his work for that event, he was invited to produce the production lighting design this leading house / trance phenomena. 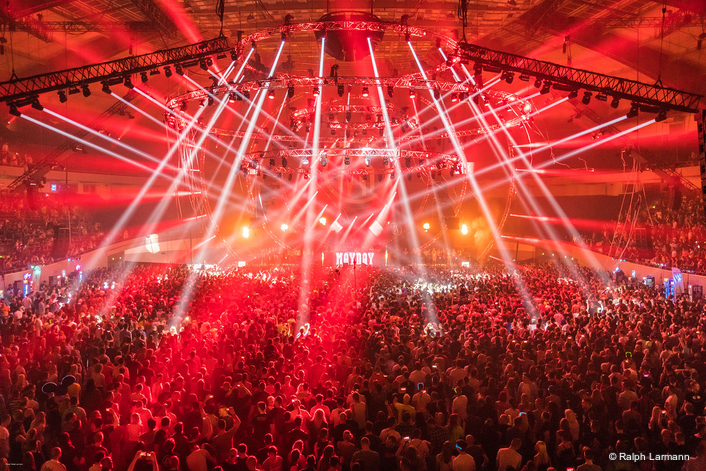 The two frequently work together, so there’s lots of creative synergy, teamwork and a fluid workflow when it comes to designing environments like this. The brief from I-Motion outlined the large scale ‘arena feel’ that they wanted for the show, which was relatively straightforward in terms of structure.

However, making it look good and last over several hours of non-stop pumping hose and trance music … is a lot harder than many imagine! 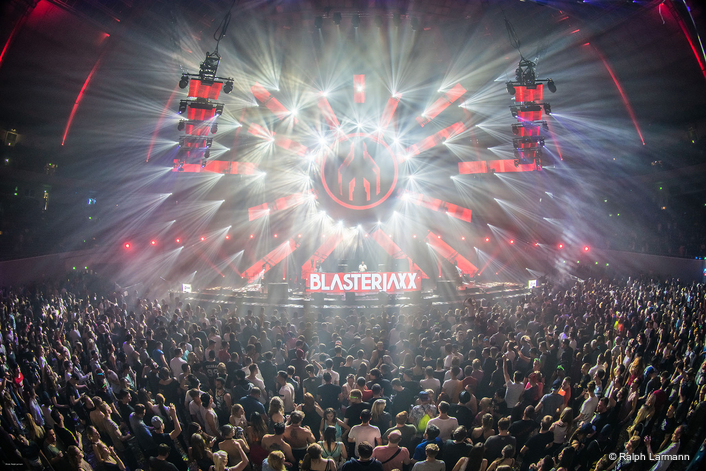 “We wanted to involve the whole venue in the lighting and visuals show” explained Ronnie, “The stage needed to look massive, so we based the design on a series of circles and lights … blasting energy out into the crowds and drawing everyone in to the stage set up while simultaneously making the whole room look more interesting”.

The stage was framed by three large horizontal curved trusses – the largest measuring 20 metres and the smallest 10 metres. There were four circular trusses – measuring 30, 15, 10 and 8 metres – positioned above the 20,000 audience.

Most of the LEDWash 800s were installed behind the over-stage trussing circles and used to shine through and highlight the shapes.

The Pointes were scattered all over the trussing circles, and used for effects lighting shooting all around the venue.

“The Pointe is light in weight and highly versatile” states Ronnie, “The prisms are great as are the frost and zoom functions, and they are perfect for lighting this style of event”. 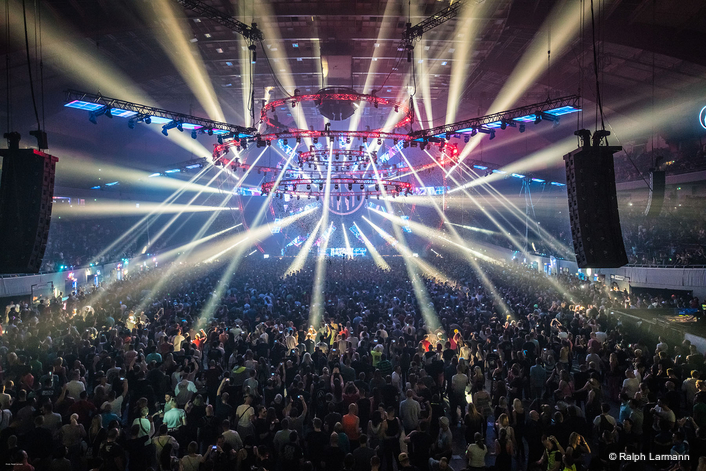 The most galvanising aspect of lighting a show like this is having enough variety on the lighting rig to deal with the myriad of musical styles embraced. Key considerations when lighting a hi-energy dance show like this are having a large number of fixtures to provide spectacular back lighting looks for the stage and those eye-catching, all-enveloping scenes scooping the audience up in the action that Ronnie mentions above as well as having enough latitude to also provide good set illumination and varied general show lighting.

The LEDWash 800 Ronnie thinks is “punchy”, compact and has a good output.

Lighting for the Mayday 2016 event Main Stage was programmed and operated by Bas Knappers from Netherlands based creative production company, Live Legends. 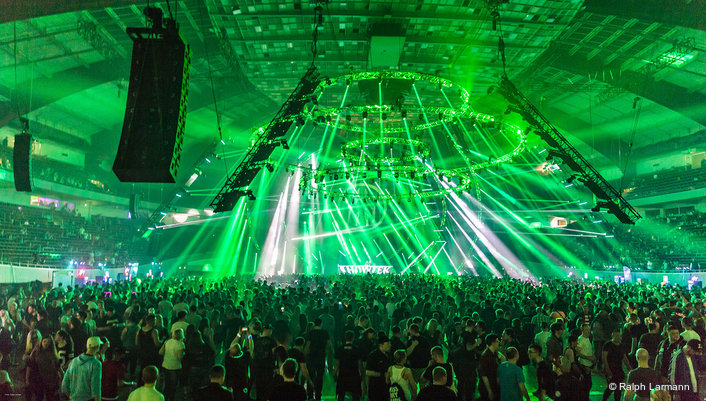 Ronnie, a freelance lighting professional for 10 years, first used Robe products in the early years of the brand with the ‘XT’ series, which was followed by the AT series when that was launched in the mid-noughties. He now frequently uses the latest Robe products in his designs.

He’s more recently visited the Robe manufacturing facility in the Czech Republic and is “very impressed” with the way the process is managed. “Robe is producing a many versatile products and it’s clear they are interested in the end users and their needs and requirements.” He concludes.